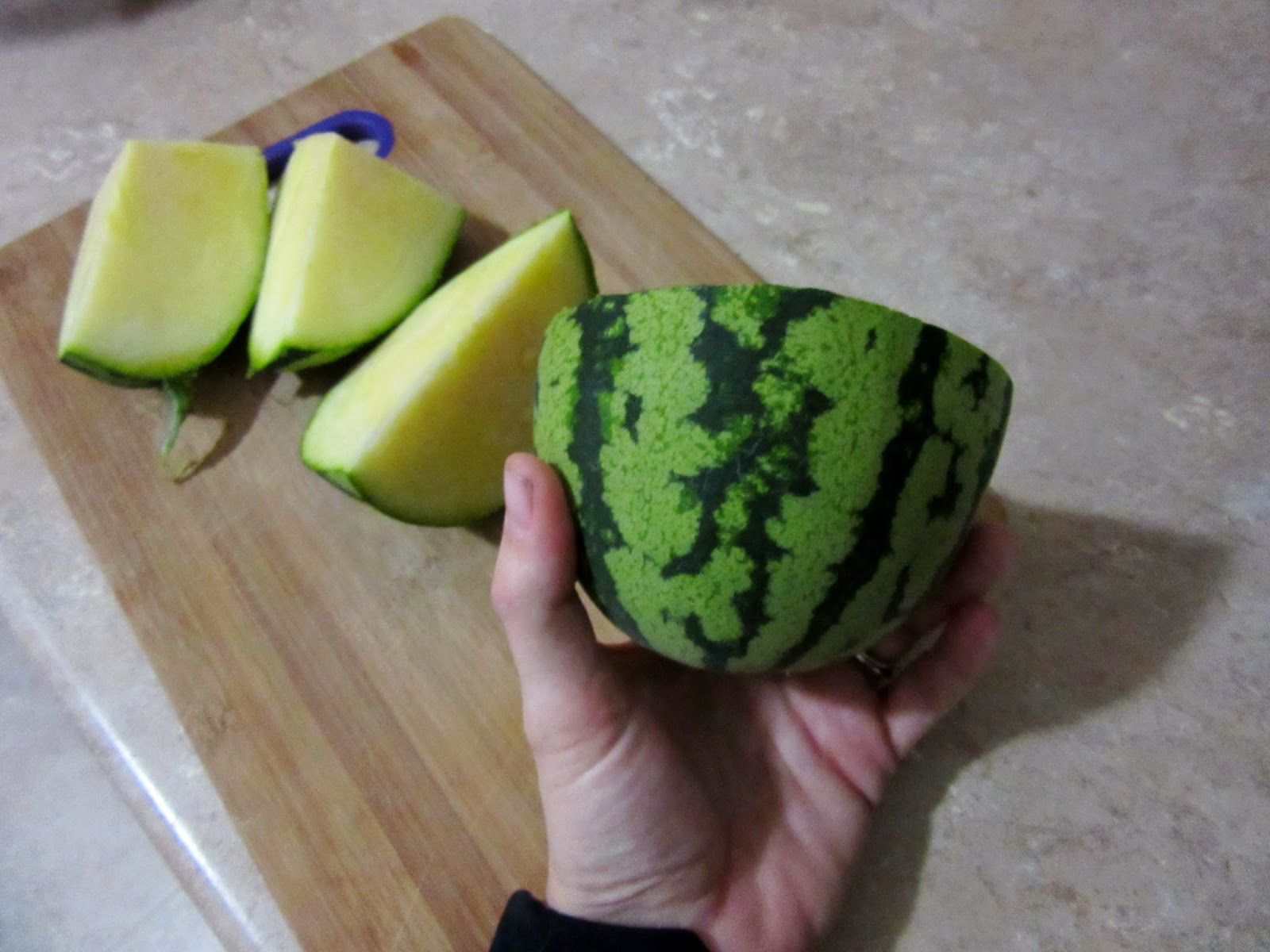 We woke before dawn on the day of our departure for our fabulous Honeymoon Megavacation.  Matt picked our lone watermelon to accompany our breakfast, but alas, it was still very under-ripe and no good.  It was supposed to be an orange fleshed watermelon, but ours was still quite yellow.  So, it was just pancakes and before we knew it Matt's dad was at the door to pick us up for the airport.

Matt had only flown once before, back in the '90s.  I've flown significantly more than that, but I wouldn't say I am a globe trotter or anything.  In fact, I swore off flying for five years or more after the surreal experience of looking down on the snow-capped Rocky Mountains.  But, flying we were going!  We took off shortly before sunset.  I let Matt have the window seat and I think he really enjoyed looking down on the fields, mountains, towns, and ultimately, even the Grand Canyon.  Oh, and as an aside, the Transportation Security Administration (TSA) will stop you for further screening if you carry a cast-iron skillet in your carry on bag. 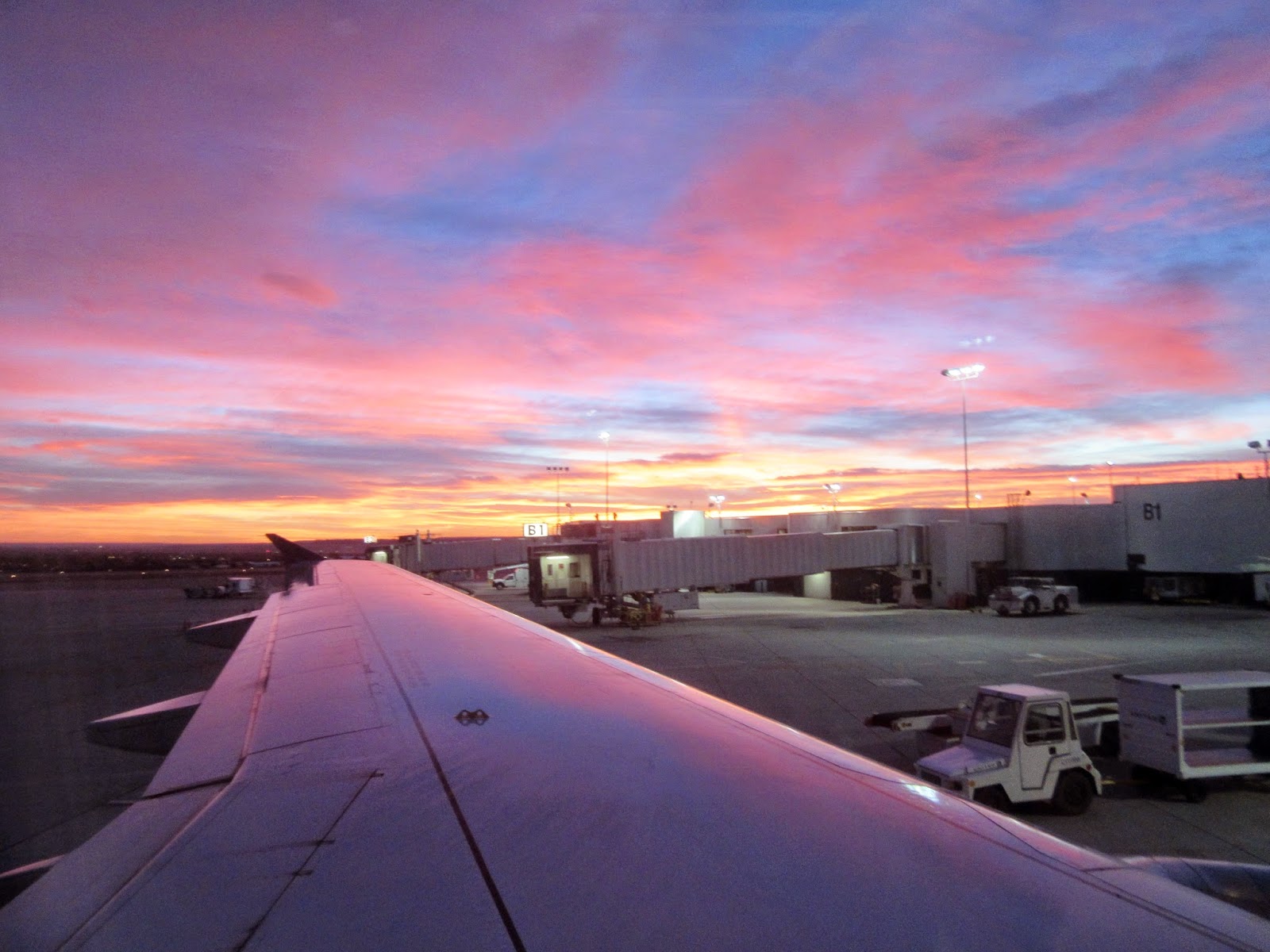 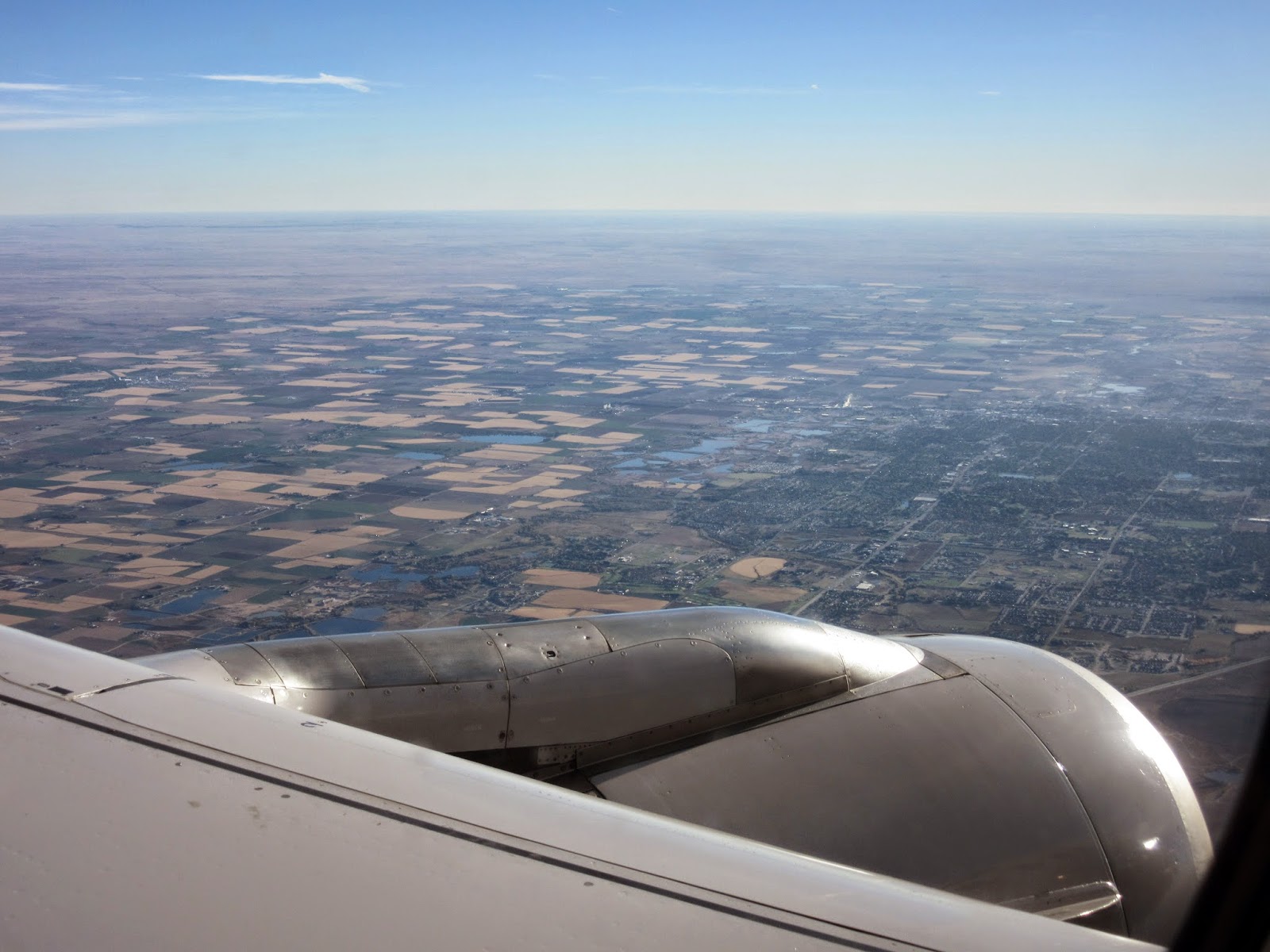 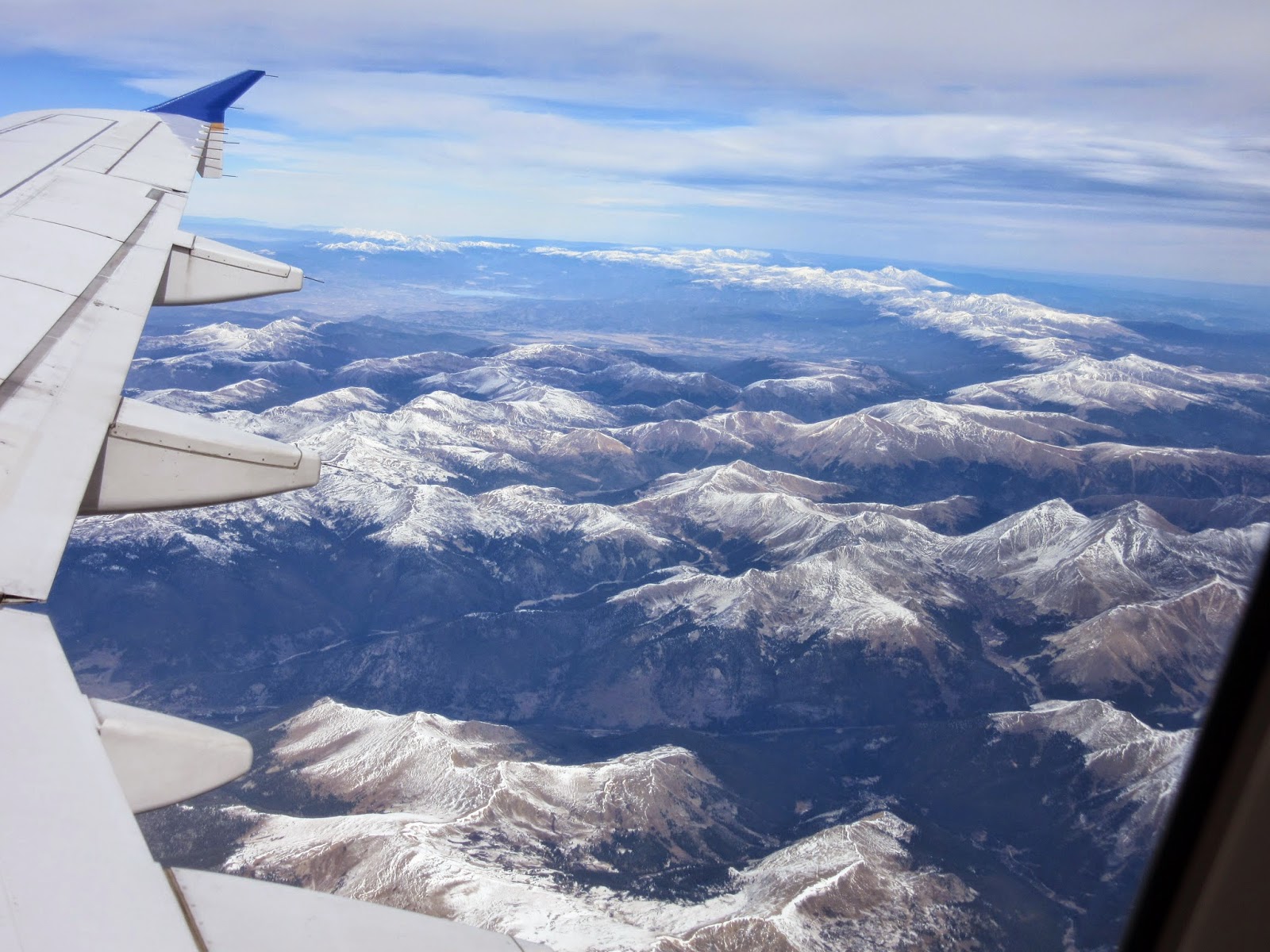 For people that always drive everywhere it was amazing how fast we were in southern California.  We couldn't have even driven to Denver in that time and all of the sudden it was palm trees and ocean (and sprawling suburbia) below us.  Matt was especially floored by the speed of travel, I think.  When we landed in San Diego it was warm.  We could tell that right off.   Matt changed into shorts.  I peeled off my Cuddldud under-layers.  There was some amazing art in that airport!  At first we thought it was paintings, but it turned out to be dyed cord and wax!  They told myths, legends, and histories of native peoples.  It was very impressive.
Adam picked us up and we headed for Balboa Park to look at exotic (to us) plants and flowers.  But, before we could explore we needed to eat!  We'd left with only a pancake in our bellies and the chips and salsa from the layover in Denver were long gone.  Adam to the rescue!  He'd packed us a delightful picnic lunch--hummus, pita chips, red bell pepper, oranges, bottle cap candy, water, and even a couple beers.  We ate it under a pepper tree.  It was exactly what we needed. 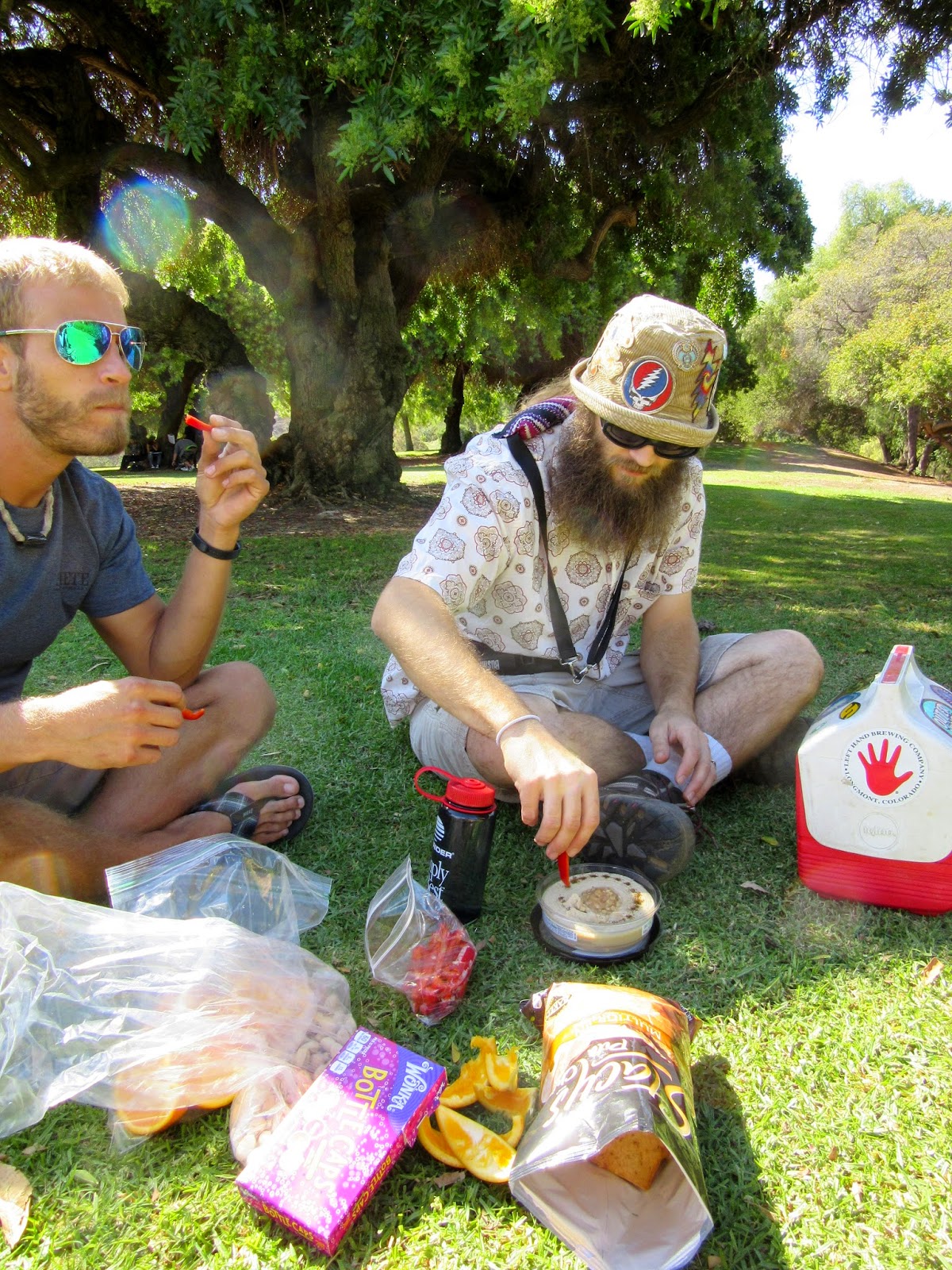 Then we wandered.  We admired the Spanish-style architecture, the ponds, the trees, none of which we recognized, and including a fig tree of epic proportions, a black pheobe (a species of bird which we'd never seen before) and the multitude of flowers still blossoming in mid-October.  Adam is quite the amateur botanist.  It was a bit like having our own tour guide!   Its like a whole other world down there.  The plant life really made that clear to me. 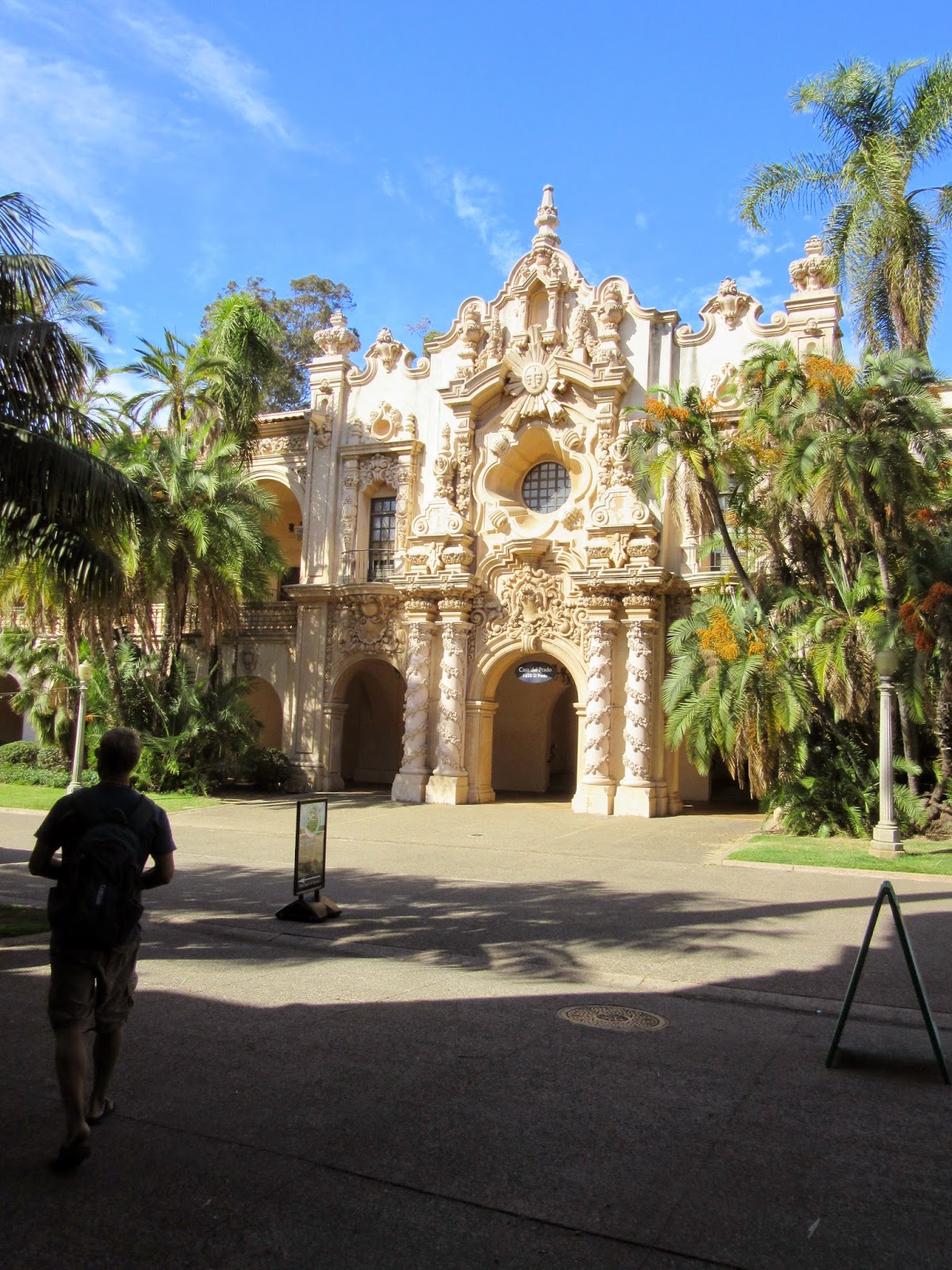 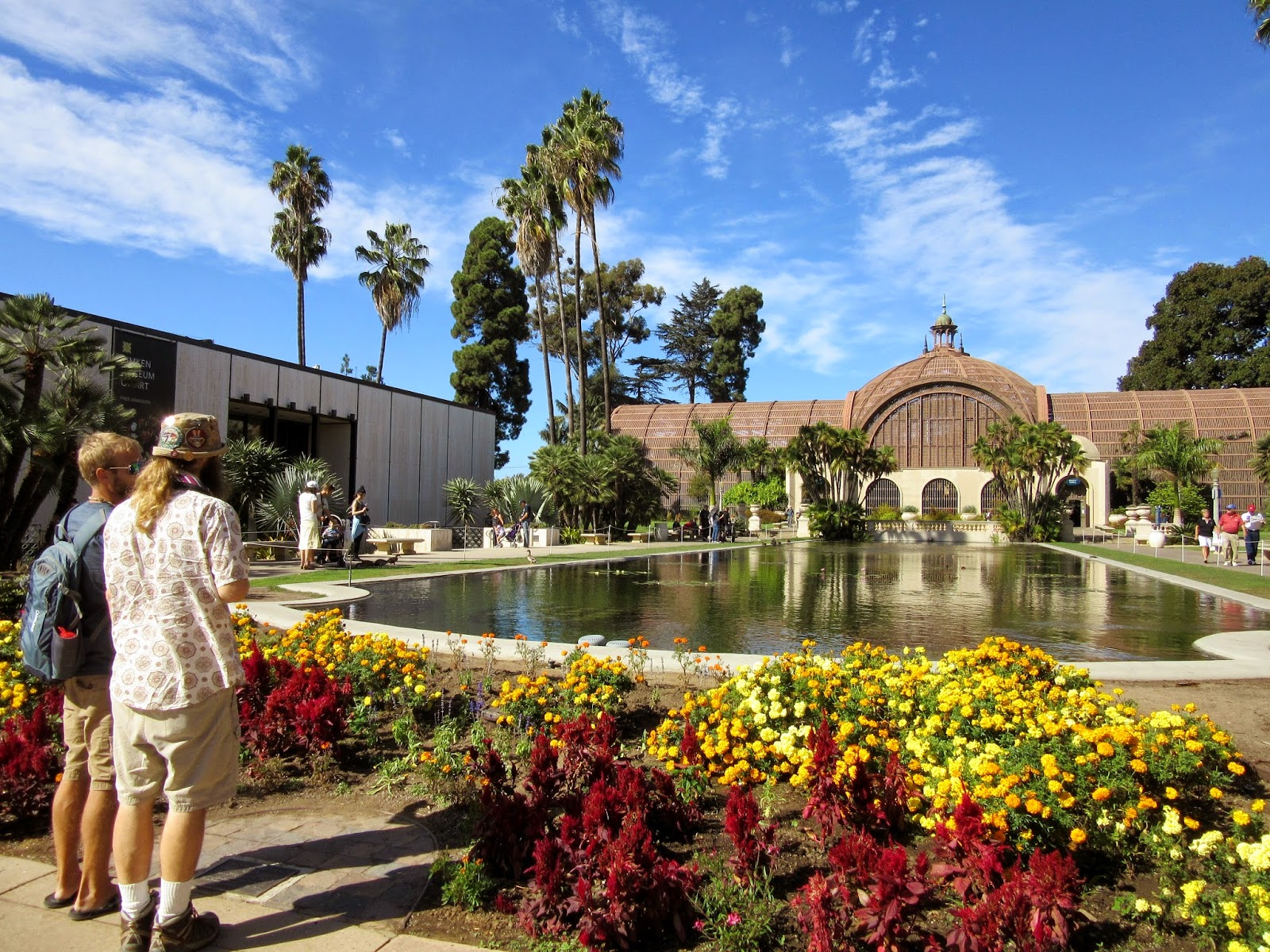 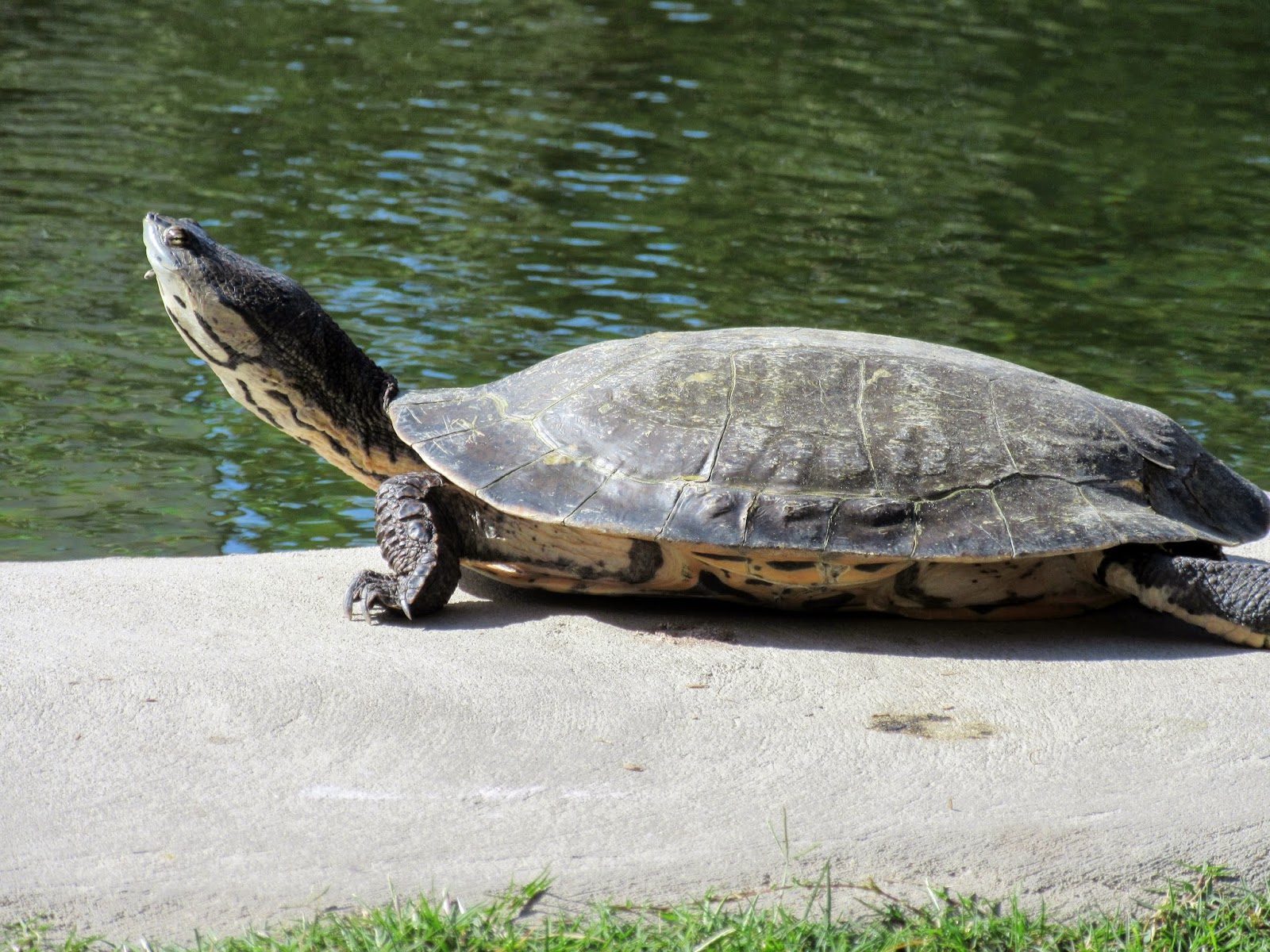 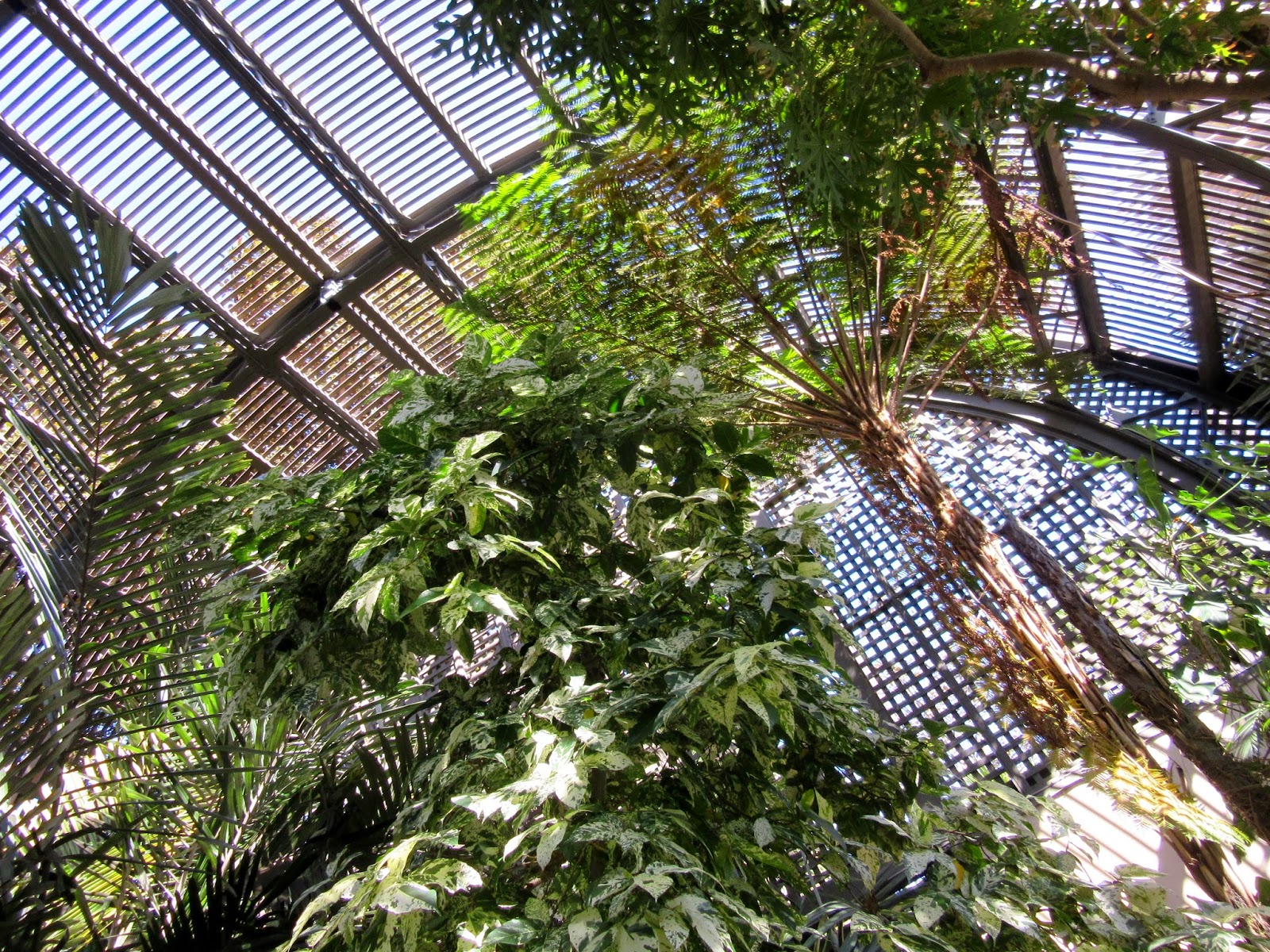 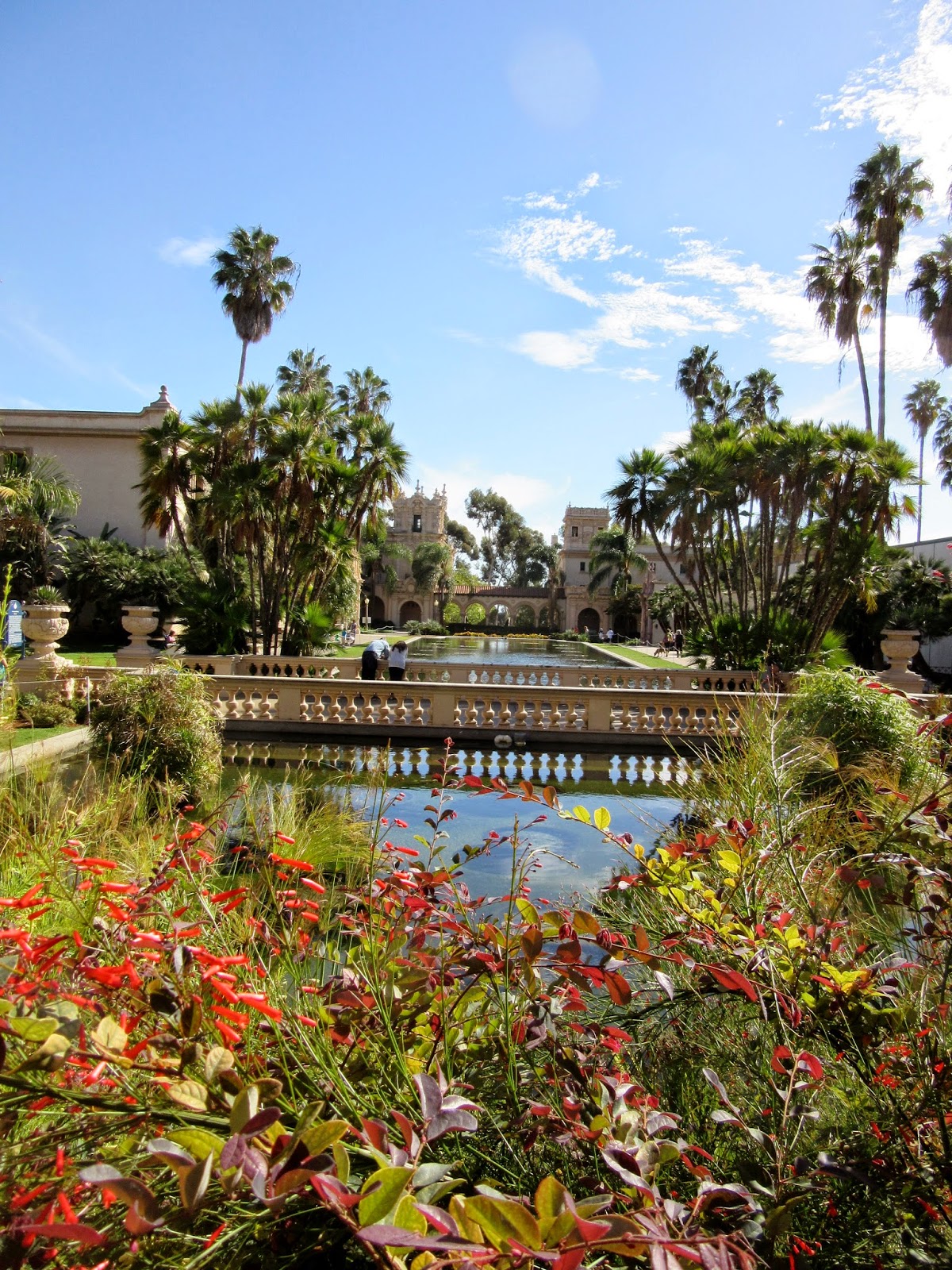 From Balboa Park we told Adam we just really wanted to go to the ocean.  He took us to La Jolla Cove where we watched the seals, sea lions, and birds with great joy!  We saw two new-to-us birds there--Brandt's Cormorant and the Brown Pelican.  Seeing a brown pelican had been at the top of my to-do list since we started planning this megavacation.  We only have white pelicans up north.  Mission accomplished in just a matter of hours.  There was one seal playing in the surf in such a delightful manner.  He'd let the wave push him up the beach and then ride back out on them as they retreated to the sea.  He'd roll and flip and turn in the in and out of the waves.  It was wonderful.  It did not smell wonderful.  Those are some stinky critters--all those birds and sea mammals.  It was quite potent.  And I think that is being generous.  It was really something to watch the waves crash against the rocks.  There is something so tranquil about the rhythm, sight, and sound of the waves, even for this landlubber. 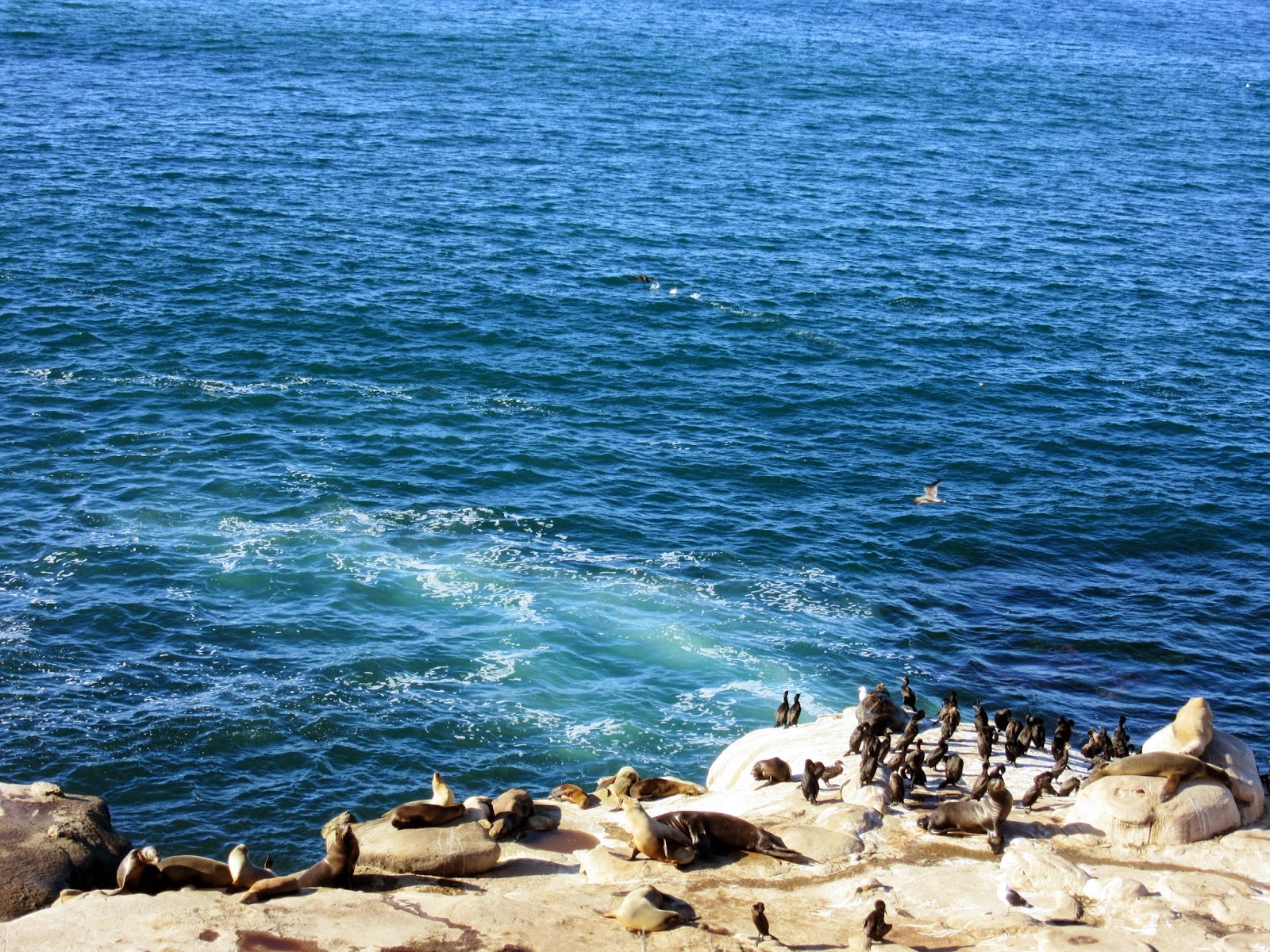 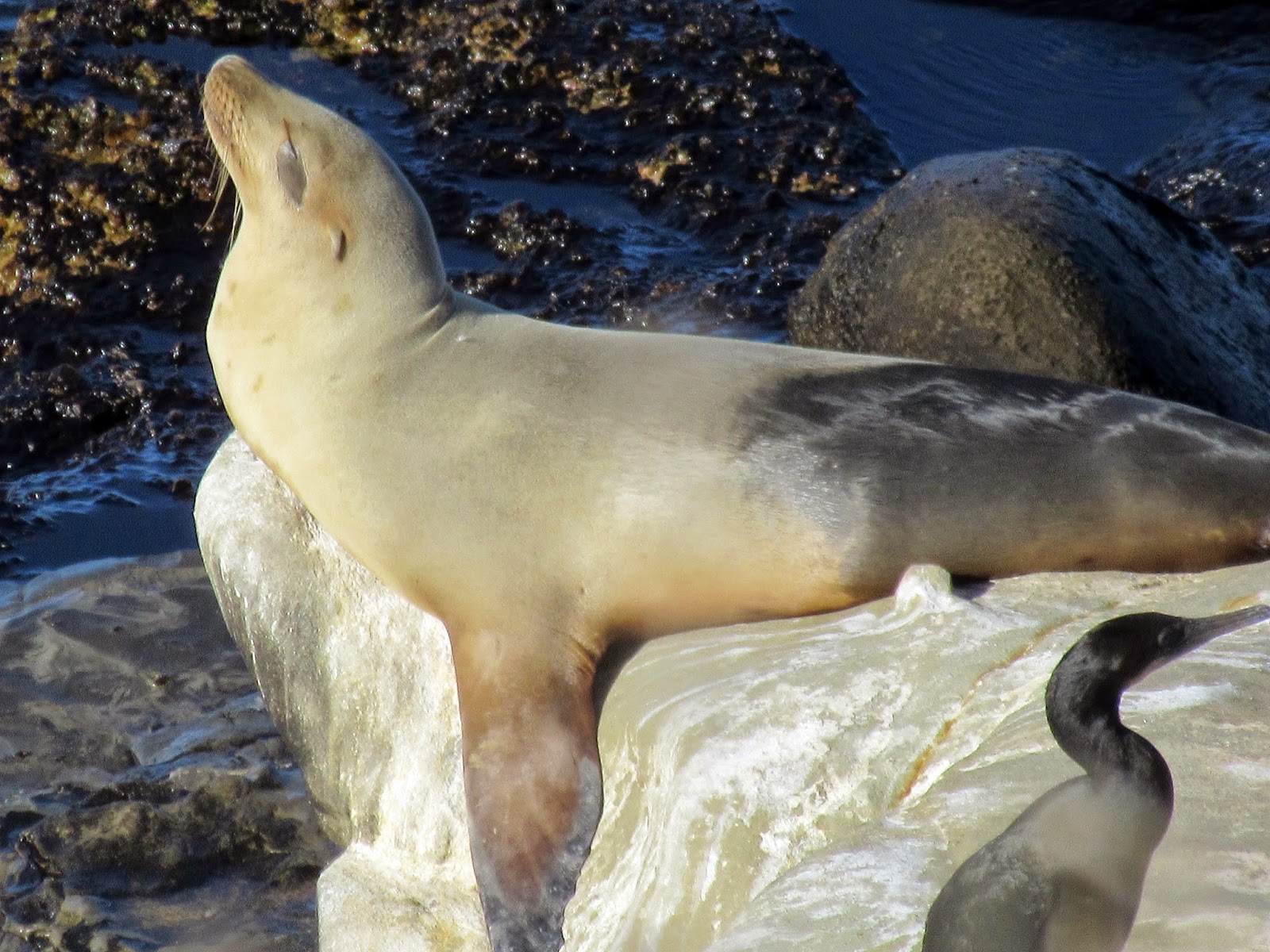 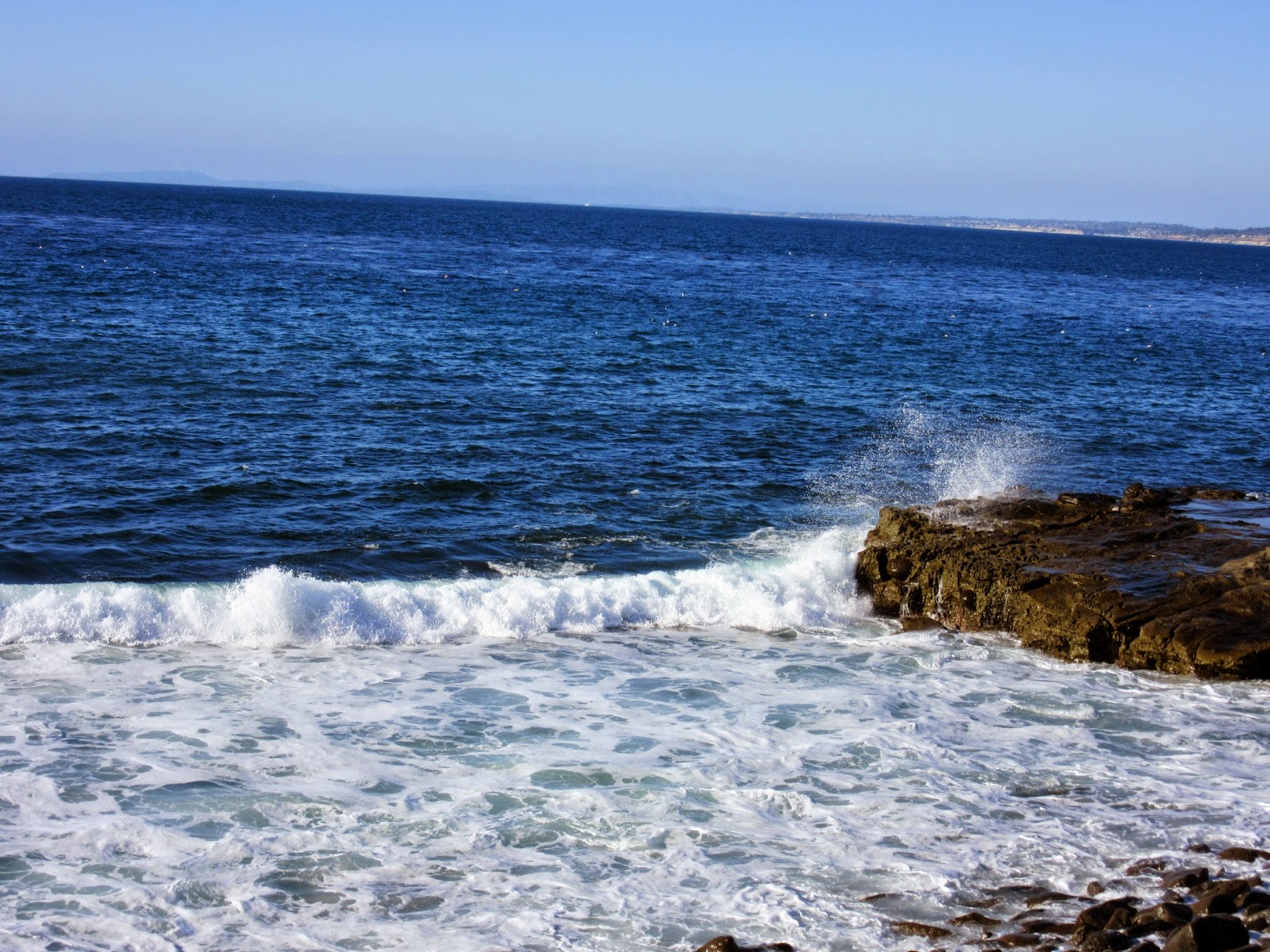 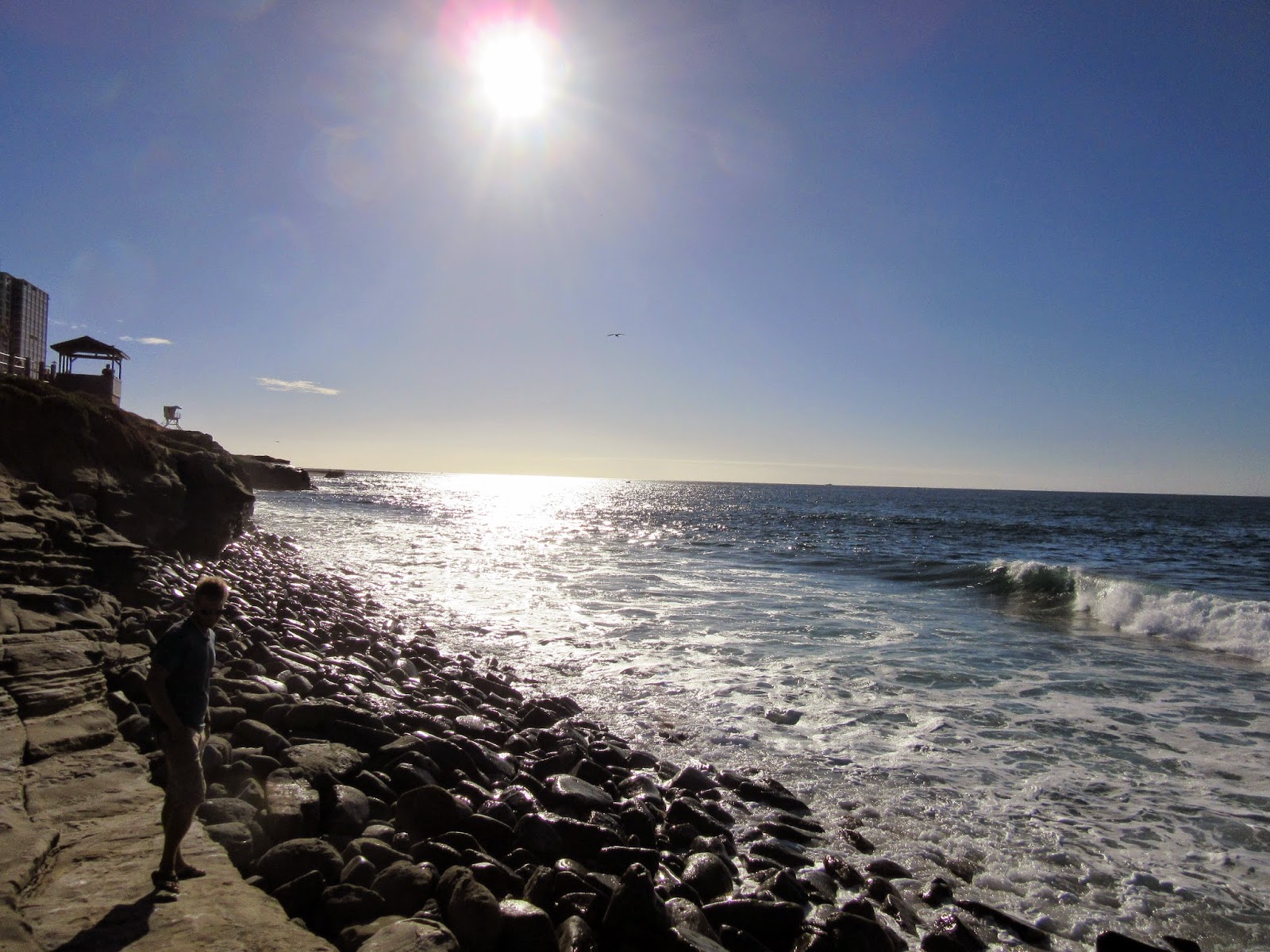 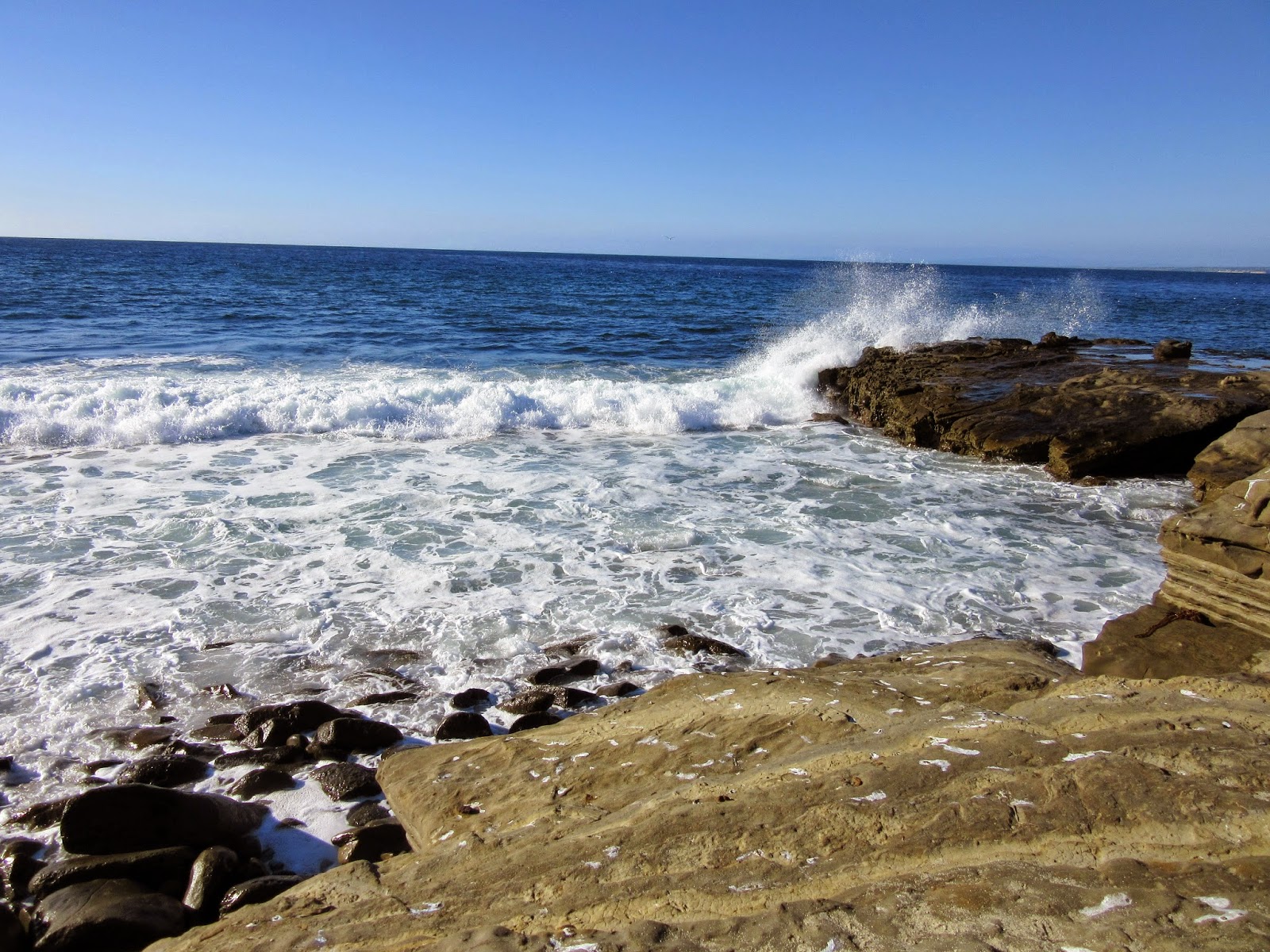 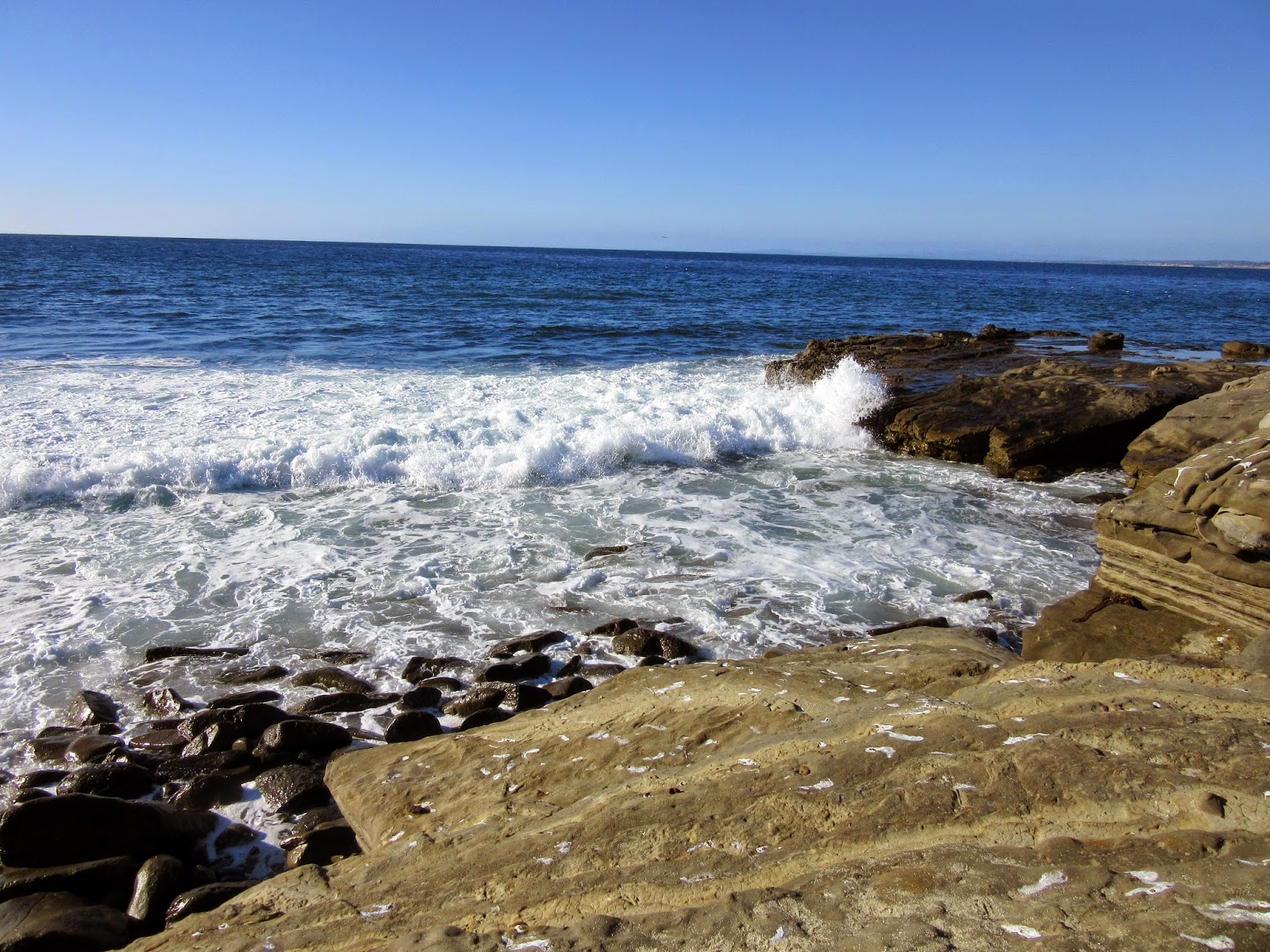 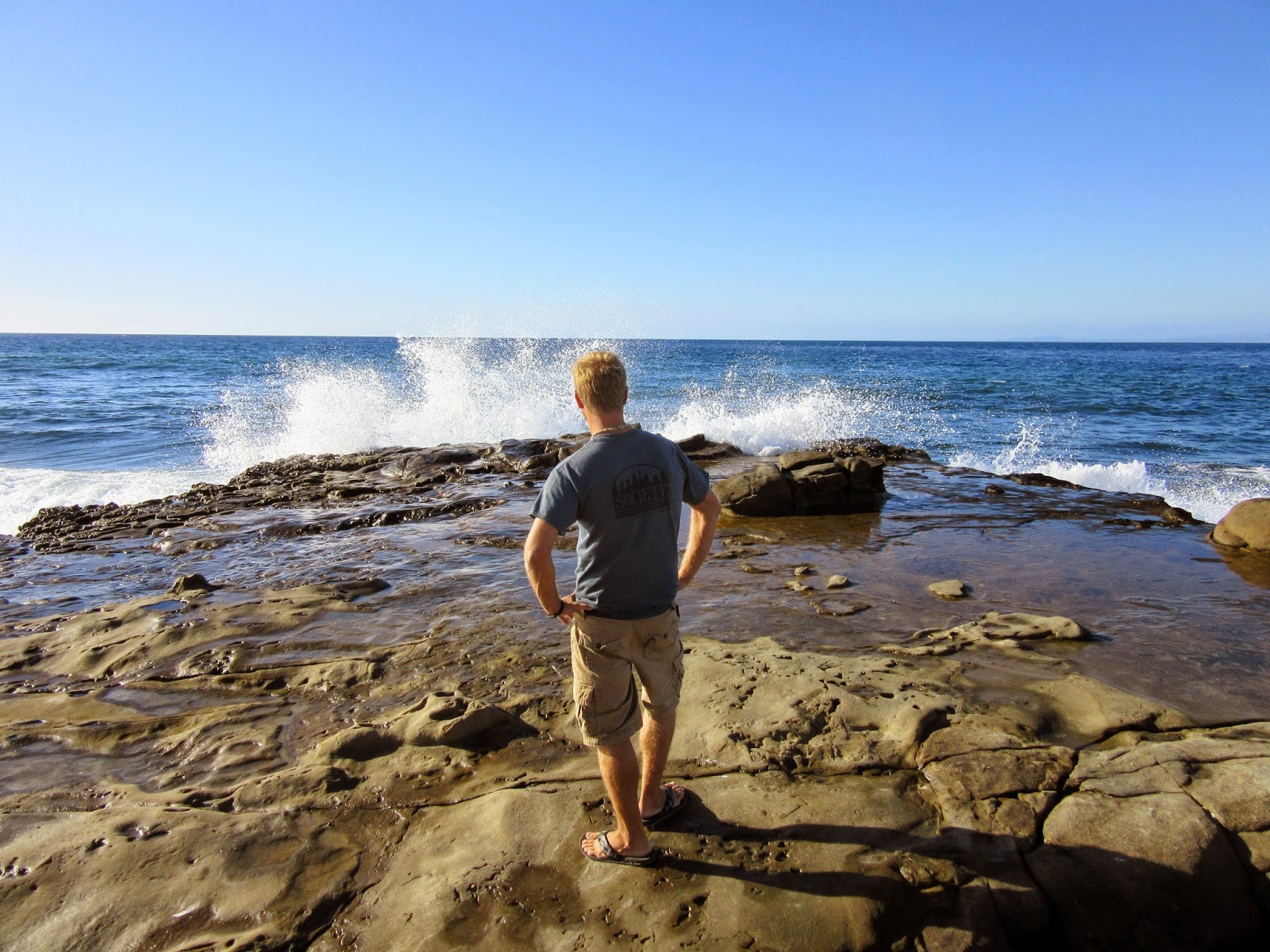 We stopped along the beach in south Carlsbad to catch our first sunset over the ocean.  As we were walking the beach I spotted these strange little plastic-like (but clearly not plastic) bubbles on the sand.  I squished one and it was hollow with just a little bit of water inside.  We asked Adam about it and he explained they were some sort of flotation device for sea plants and that sometimes big ones wash up, too.  We walked just a few more feet and *bam* there was a big one!  It was super interesting.  I may have a fairly good grasp on naturalist information up north, but I was way out of my element here for sure!  We spotted another black pheobe as well as a shore bird called a Willet, a Western Grebe, and two more firsts for us in the form of a Say's Pheobe and a Whimbrel.  The sunset was spectacular.  Its remarkable how the light plays over the water and sand.  Its also remarkable how fast it disappears over the cusp of the earth. 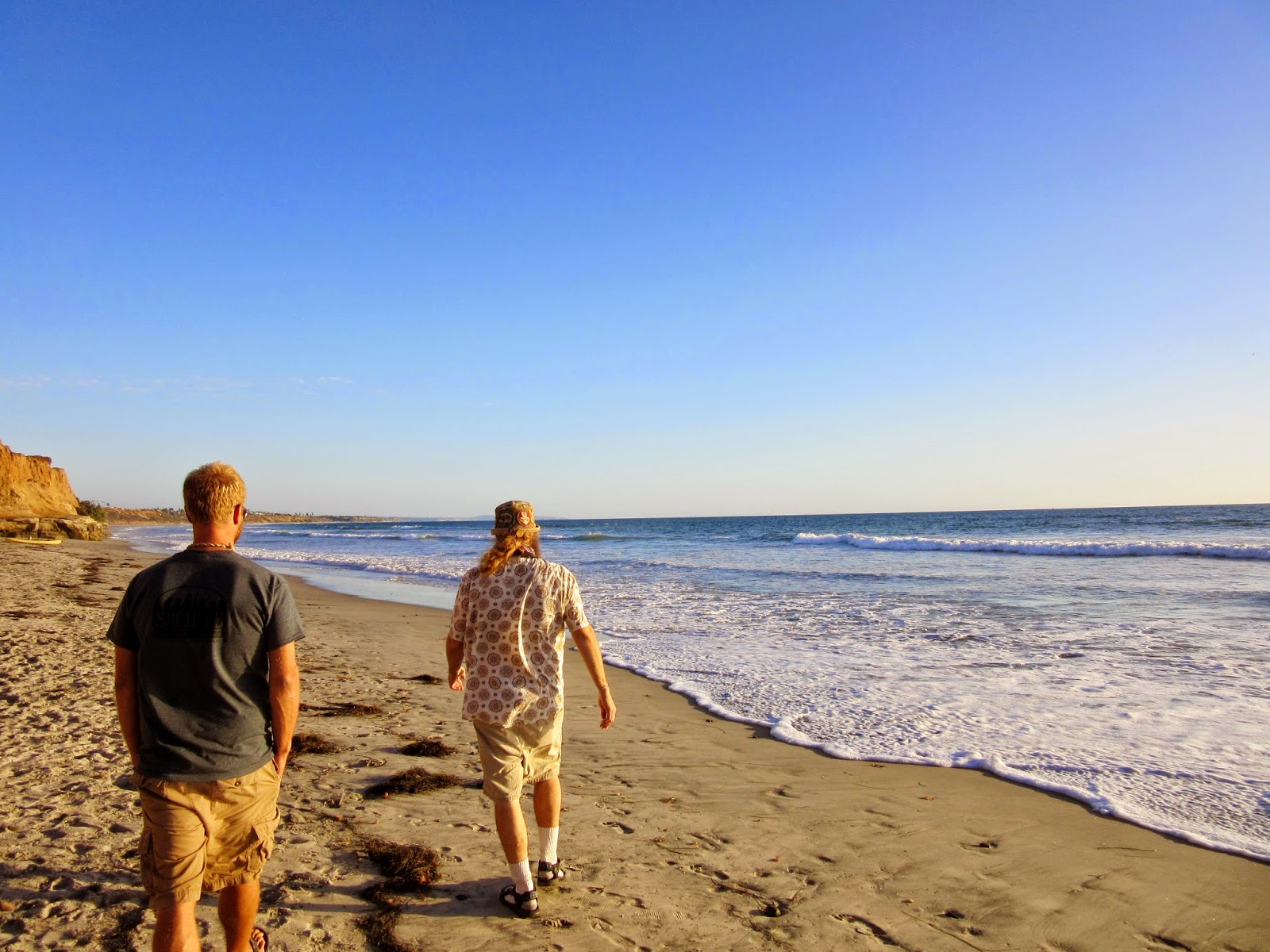 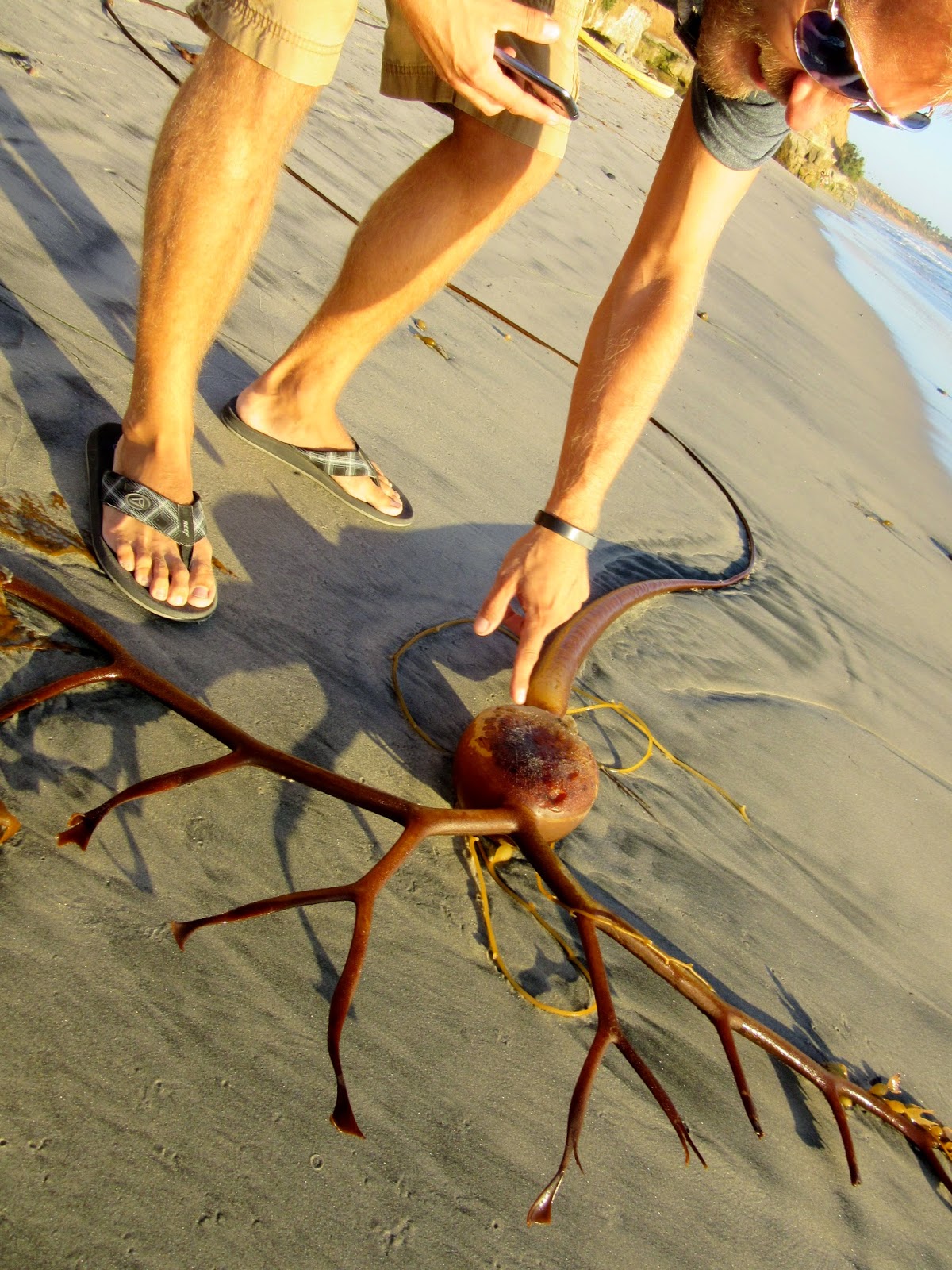 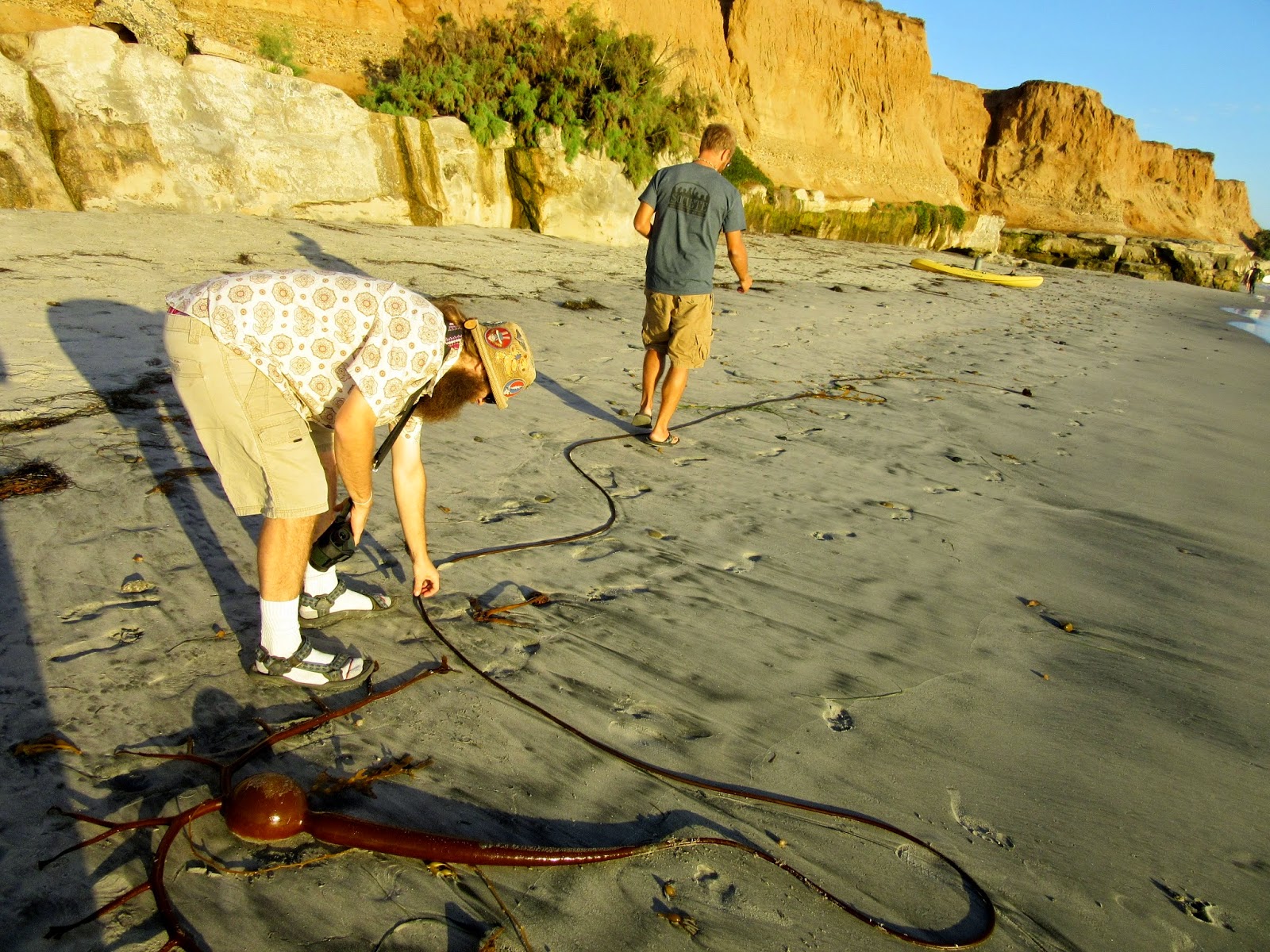 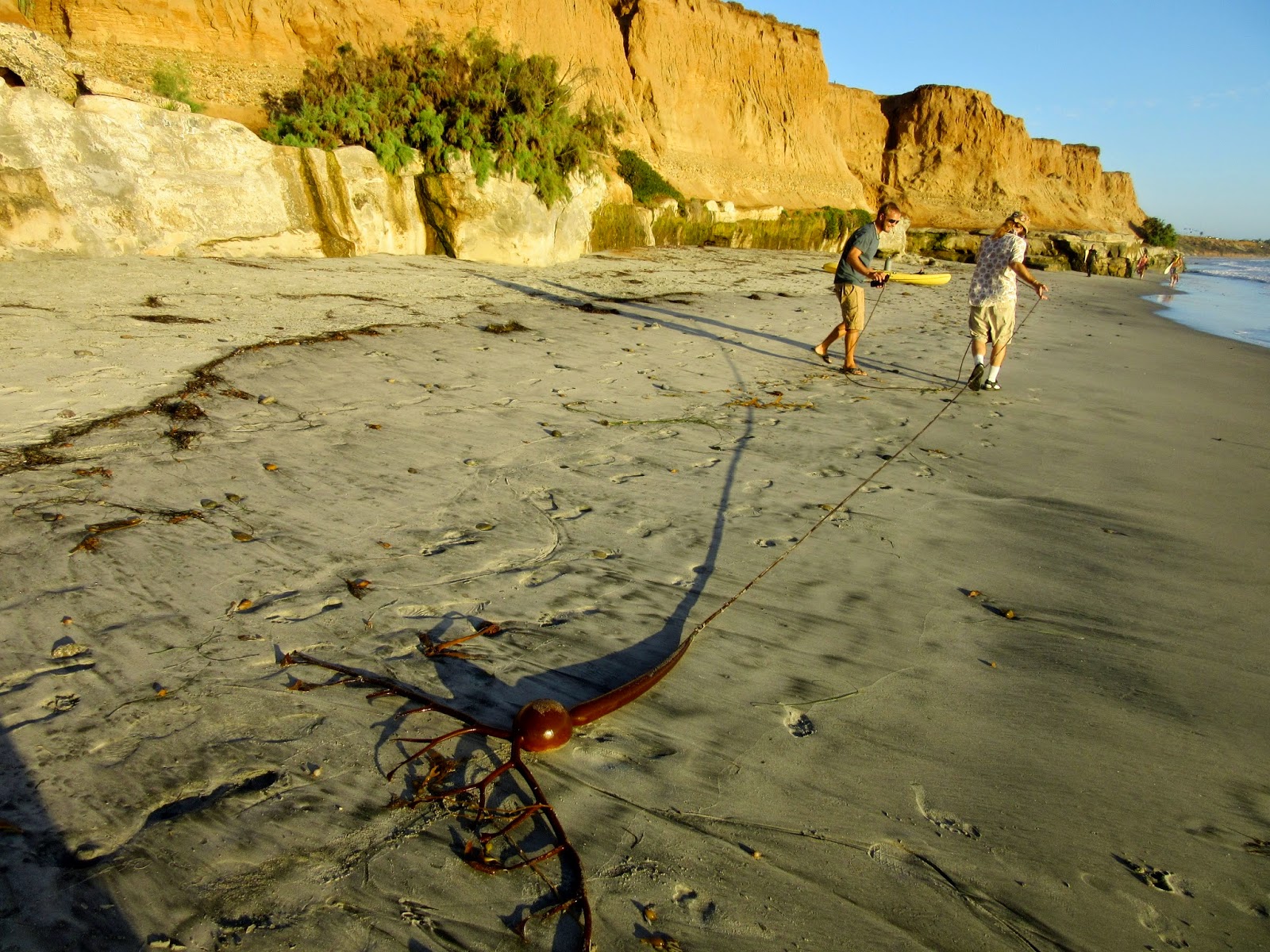 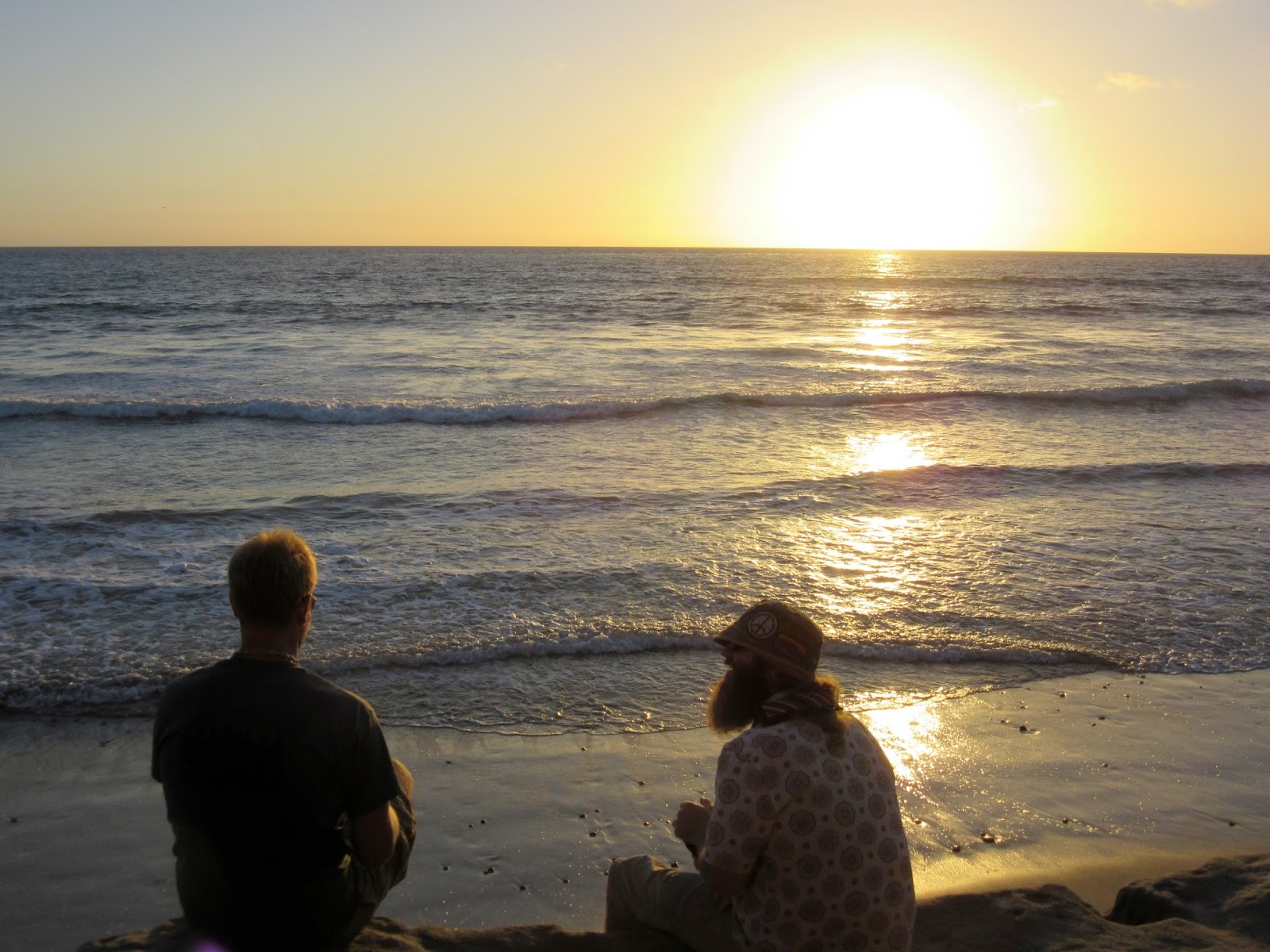 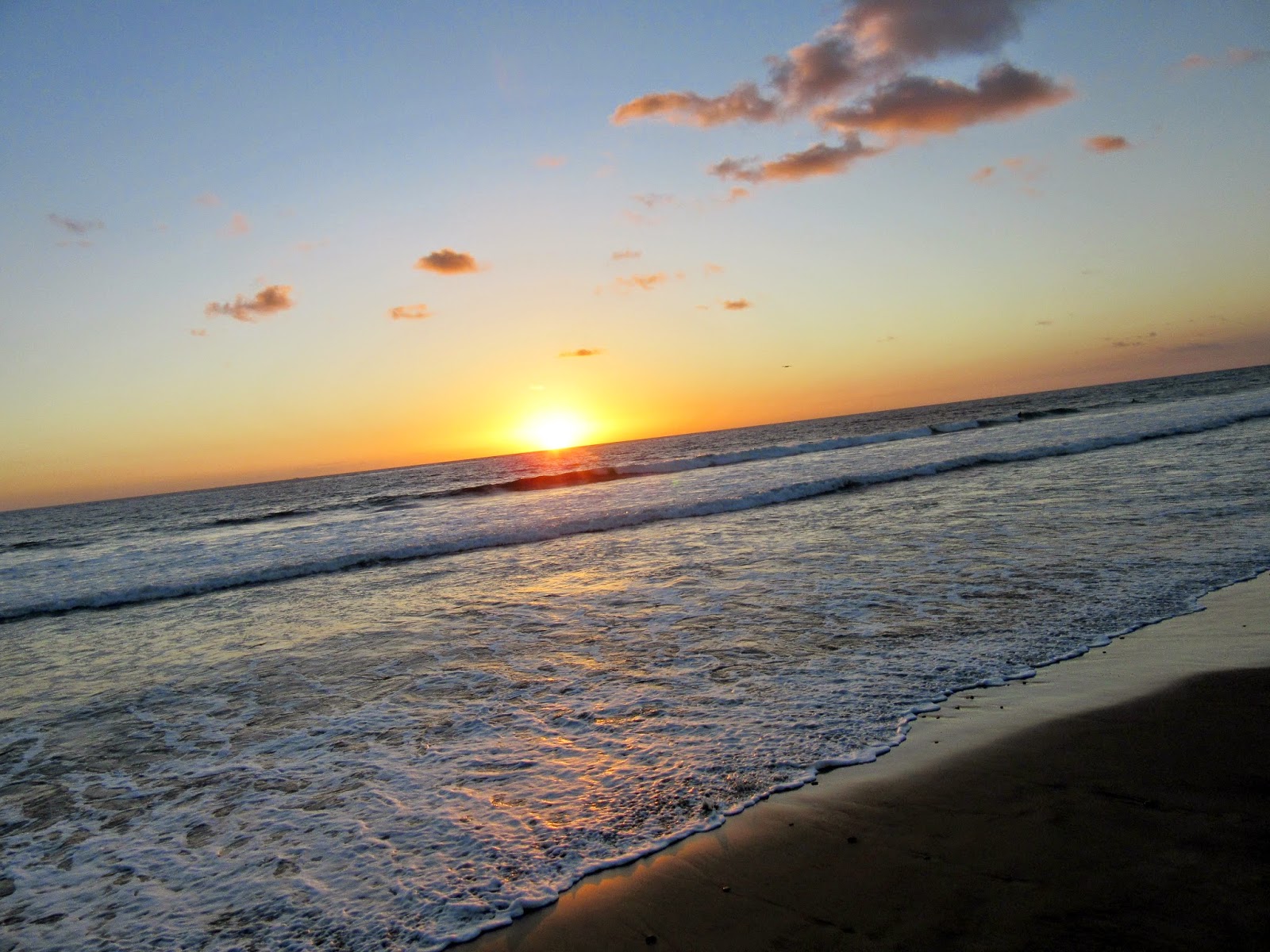 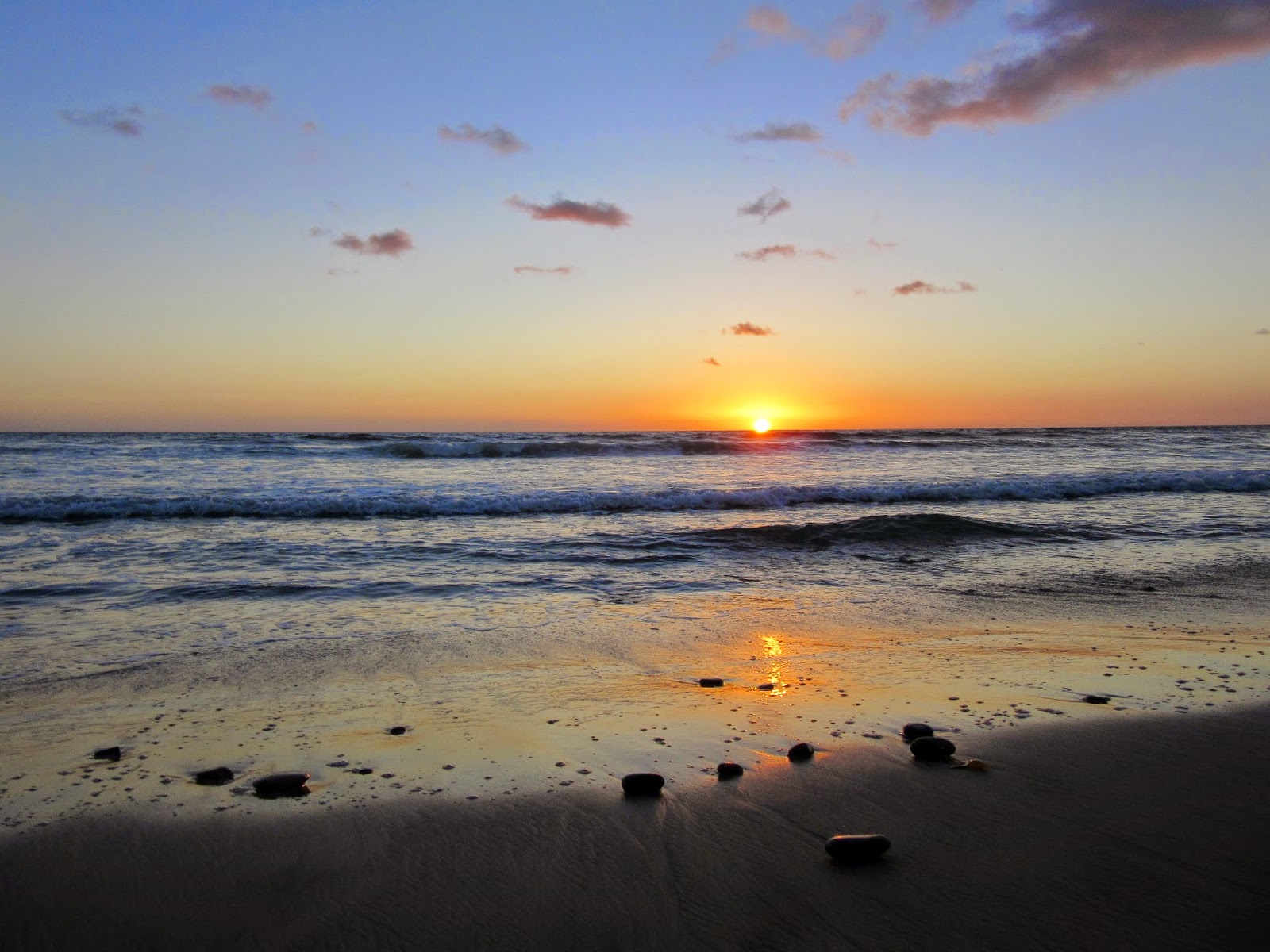 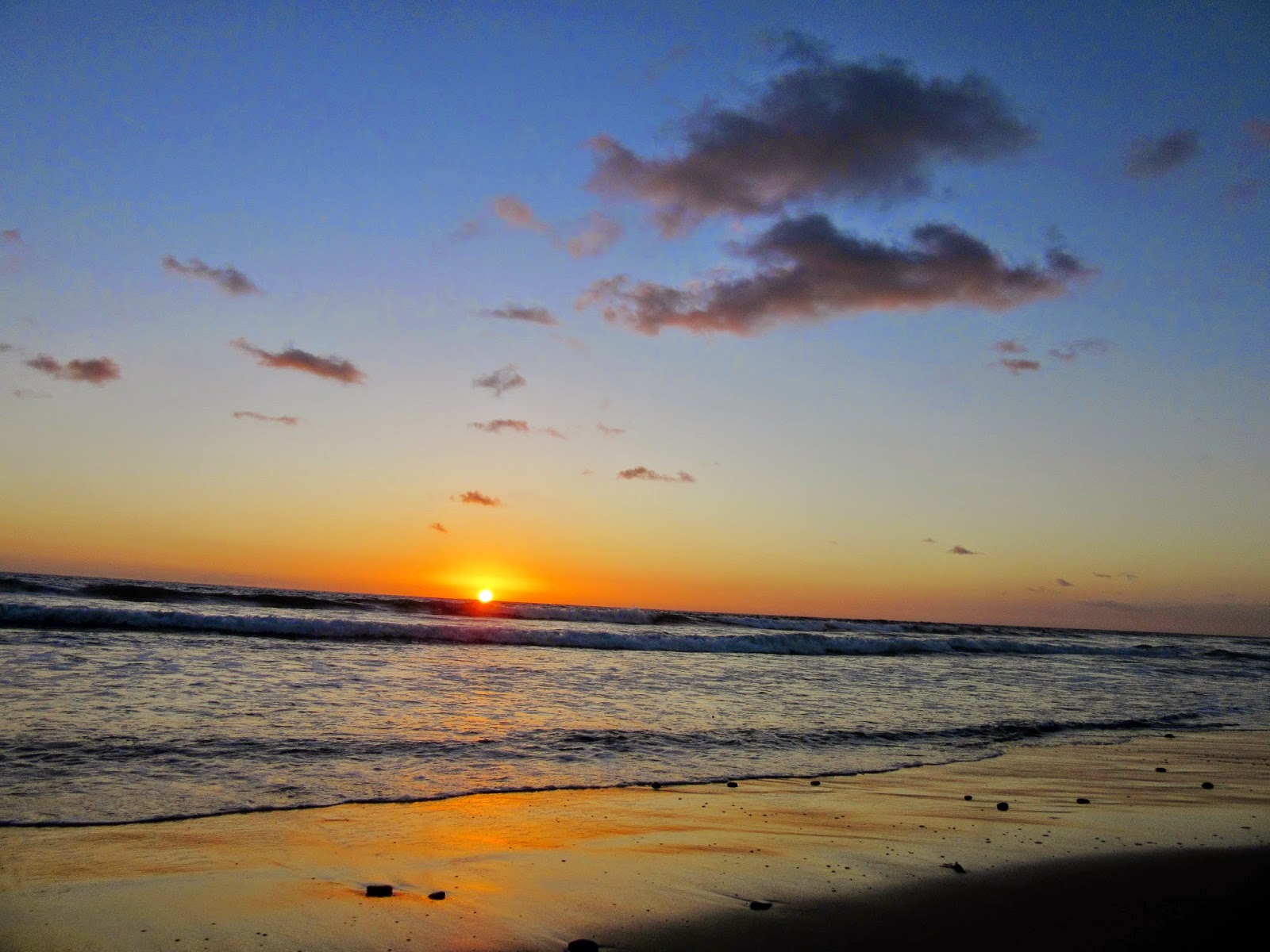 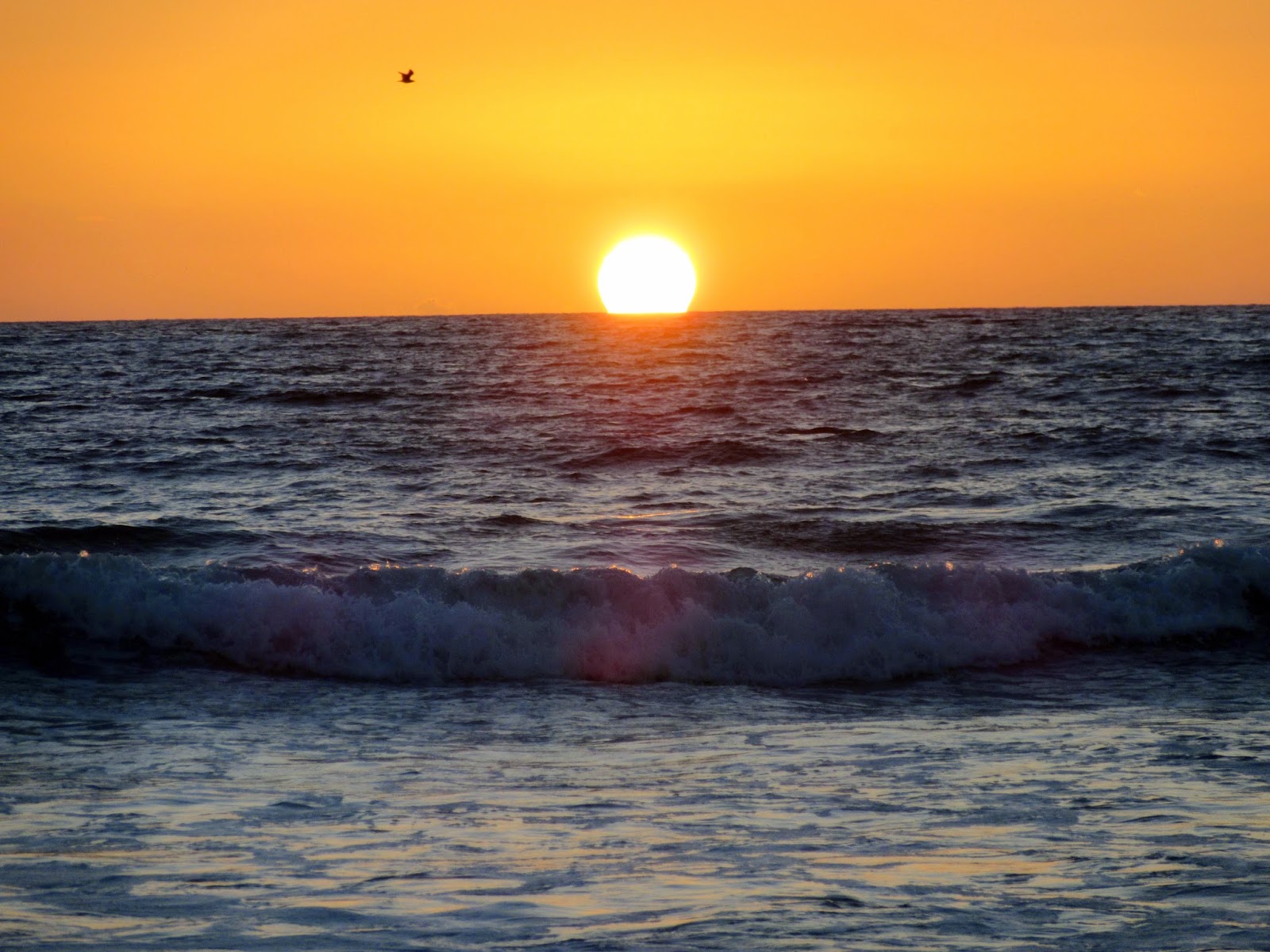 It was an auspicious start to our southwestern explorations.
By BLD in MT