We noticed them at our house first--the fruit flies.  We attributed it to the compost tumbler we keep out the backdoor in the winter months coupled with the warming weather and the fact I'd been propping the door so the Ginger Kitty could come and go in the backyard.

And they have been driving Matt bonkers.  He finds them flitting around his face, especially while eating, to be incredibly bothersome.  Crazy-making bothersome, it seems.  He has been clapping sporadically in the kitchen for the last couple weeks--trying to smash them in mid-air.  Ginger and I both find this quite startling.  He would also occasionally hunt them down with the vacuum cleaner.

Matt's brother, Ryan, clued us into a simple little trick though.  Its much quieter that either vacuuming or clapping.   Plus, its quite effective, too.

An Apple Cider Vinegar Fruit Fly Trap:
Take a glass, jar, or mug.
Put a half inch of apple cider vinegar into it.
Cover the glass with a piece of plastic wrap.
Snip a slit into the plastic wrap with a pair of scissors.
Replace the vinegar every few days or as needed, depending on bug loads. 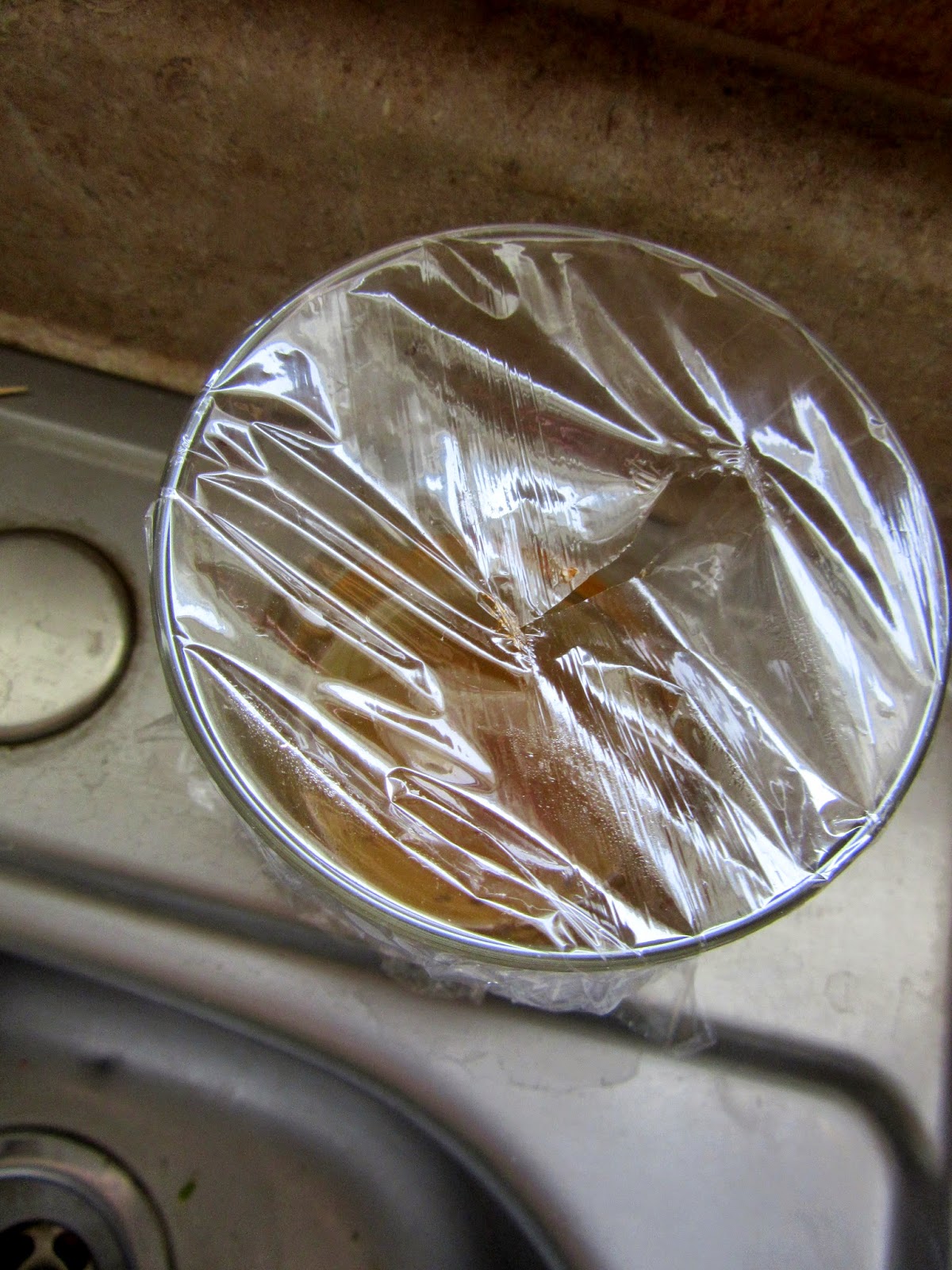 The fruit flies are attracted to the apple cider vinegar.  Once in the glass they seem to have an impossible time trying to figure out how to get back out again.  Some of them drown in the vinegar.  The rest just buzz uselessly against the plastic wrap until they tire and die.  Either way they are out of the dang kitchen.

Non-toxic.  Cheap.  And using stuff I already have on hand.  I thought it was a brilliant solution.
By BLD in MT