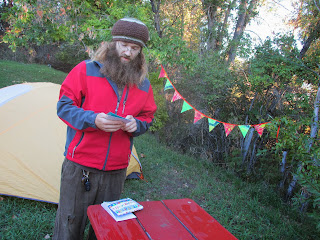 As I mentioned already Matt had a birthday not too long ago.  We were out of state (and away from computers) and so I never got around to posting about the actual celebration.  And, oh boy, did we celebrate.

See, for the last couple years we've gone to Red Rocks Amphitheater in Morrison, CO for a run of Furthur concerts.  The runs have always danced around Matt's birthday.  But, this year the four night run of concerts started ON Matt's birthday.  So, yay!  Furthur birthday party!! 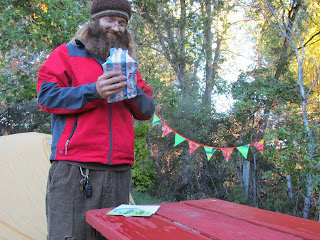 We left for Colorado the night before his birthday and camped out in Wyoming.  I slipped out of the tent in the pre-dawn light and hung a bunting from the trees near the tent so it would be the first thing he saw when he woke.
I made the bunting at the very last minute as I wanted something festive for the occasion.  I'd considered making a crown or birthday hat (I wore an awesome birthday hat at my birthday show with The Dead in 2009).  But, I knew Matt would just want to wear his bucket hat.  I'd been wanting to make a bunting for the back patio (to replace prayer flag that were destroyed by the wind) and so this seemed just the right time to finally get to it.  They came together much easier than I'd expected.  I used some of Matt's old, ripped tie-dyes for the flags and some orange (Matt's favorite color) bias tape to string them on.  The bias tape is, in hindsight, not ideal, but it did the trick and it was what I had on hand.  Something a little wider would be better next time though, I think. 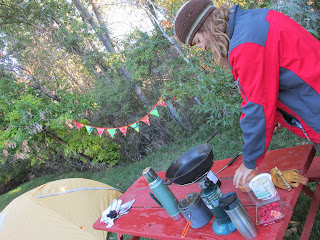 After breakfast of bagels, tea, and homegrown raspberries we broke camp and continued on our way to Colorado where we camped at Chatfield State Park.  And had birthday cupcakes! 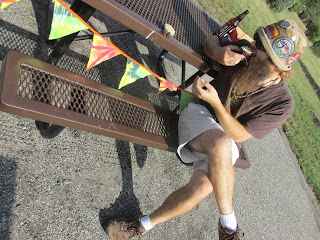 After an early dinner of yummy homemade pizza (topped with homegrown veg), we went to Red Rocks much earlier than necessary so we could check out Shakedown Street (the line of people selling everything from grilled cheese sandwiches to handmade patches and pottery to pins and posters and just about everything a little hippie's heart could desire which is named after a Grateful Dead song by the same title).  I had told Matt he could pick out his own birthday present on Shakedown--something a little extra special that he wouldn't ordinarily buy.
When we finally got in line to go into the show we ended up right in front of a young lady who was also celebrating her birthday.  Small world.
And then there was the actual show!!  Oh, man....it was amazing.  Furthur always is.  Same goes for Red Rocks, actually.  The recording is here if you want to give it a listen.  Oh, what joy.  We danced away the happy hours before returning to camp for a beer and cupcake before bed. 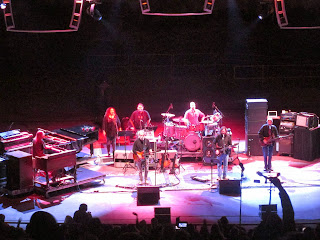 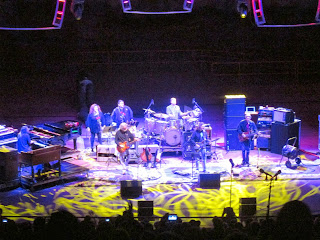 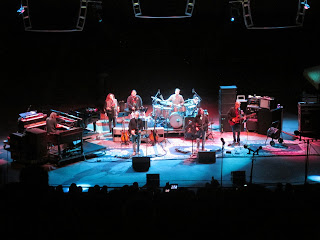 Matt's birthday was also the full moon for the month of September.  Watching it rise over Red Rocks was really something.  Red Rocks is an outstanding natural beauty in and of itself.  With a wide, bright moon overhead it was all the more magical of an evening. 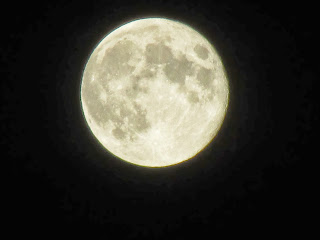 Its safe to say that it was a birthday I don't think Matty will forget any time soon.  In fact, he went so far as to say it was possibly the best one ever.  I guess that puts the bar pretty high for next year....
By BLD in MT