A Frenchy Fruit and Cheese Dinner

Sometimes you just want to pretend to be French and eat a scrumptious spread of sliced fresh fruits and tangy, spreadable cheeses on a chewy, crusty baguette for a quiet evening meal.  Or is that just us? 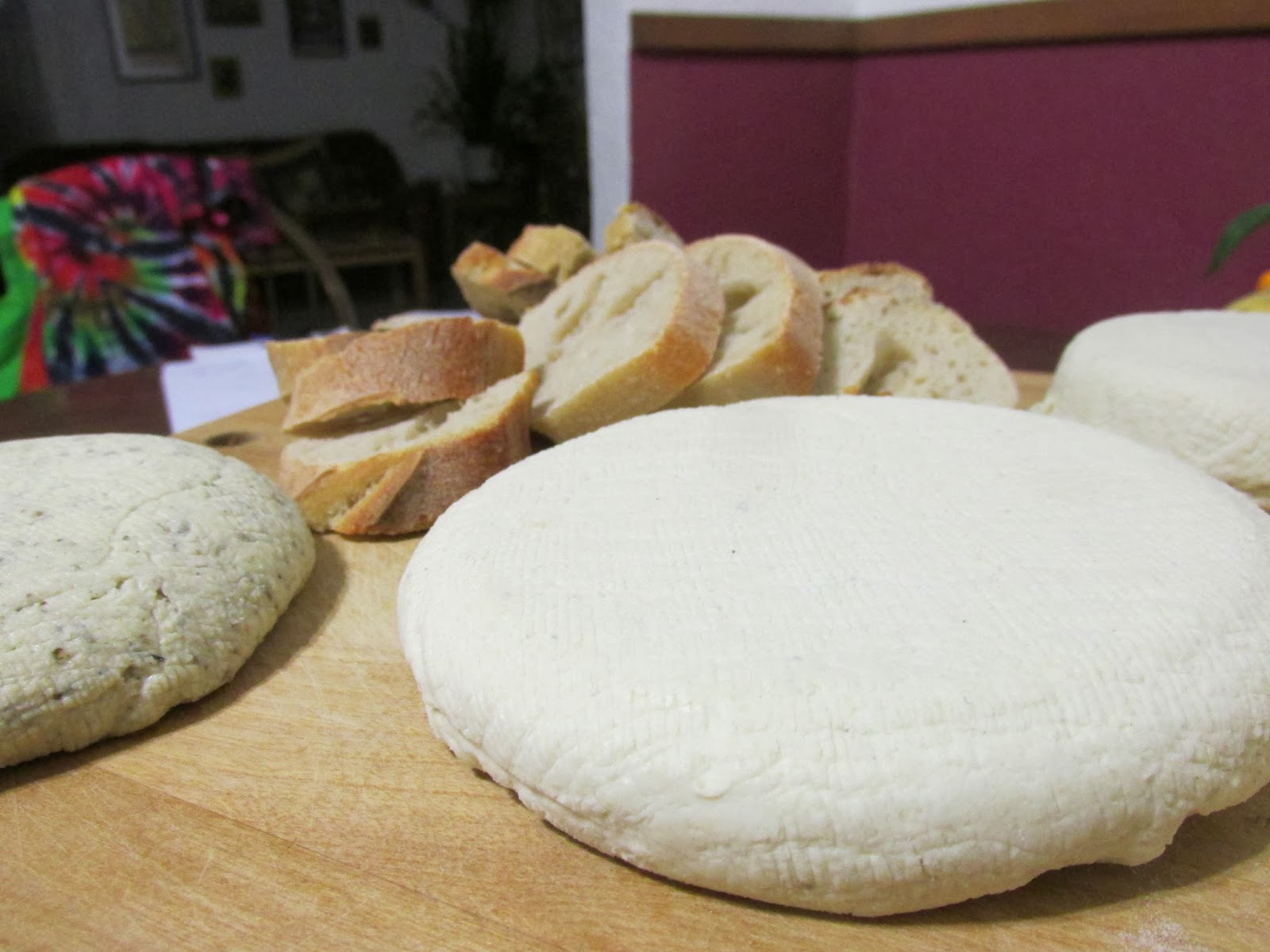 Matt has a book on loan called Artisan Vegan Cheese: From Everyday to Gourmet and he has been perfecting his skill at making nut-based (rather than dairy-based) cheese.  Its been superb thus far.  Quite superb, in fact.  Every single one has been quite delicious--though I think I like Matt's other brie recipe just a little bit better than the one from this book.  My favorite, so far, has been the chevre style, but then I always did have a ravenous passion for goat cheese.  Last night we had slices of a fresh sourdough baguette spread with chevre, brie, and a wonderfully herbed and garlicy soft cheese called boursin--a type of cheese which I've never eaten before. 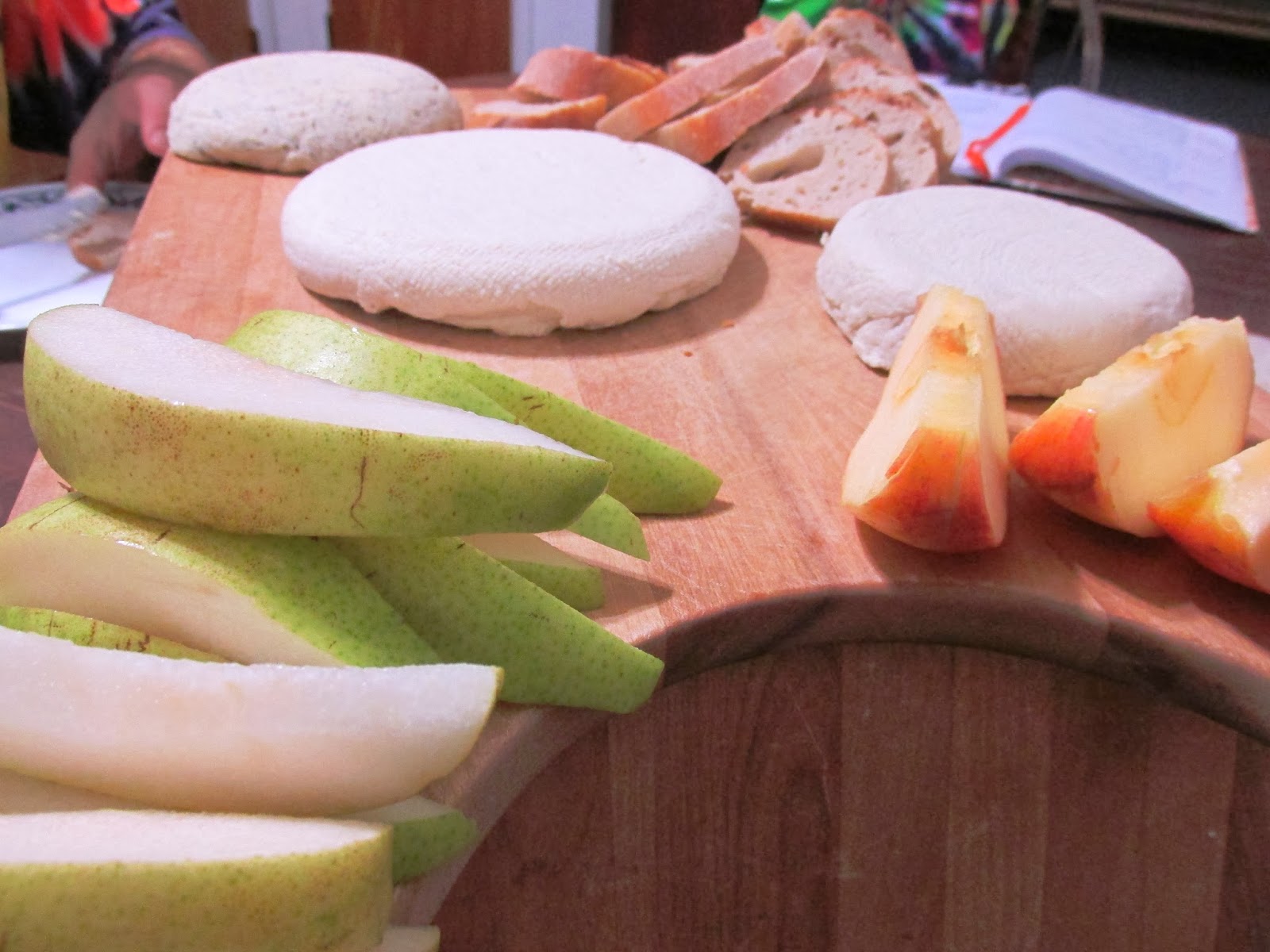 The cheeses develop flavor in much the same was as traditional cheese.  They continue to change and develop depth in flavor the longer you age them.  This was noticeable in cheeses that were just days apart in age.  Of course, I don't know that these will really stick around long enough to experience those differences more thoroughly.  Many of the recipes call for the use of a fermented liquid called rejuvelac which, being rich in probiotics, is what helps culture the cheeses and develop that characteristic tang and flavor.   Making the rejuvelac fit in nicely with all the rest of Matt's projects involving bubbling bottles on top of the fridge--two sourdough starters and a gallon of mead most recently. 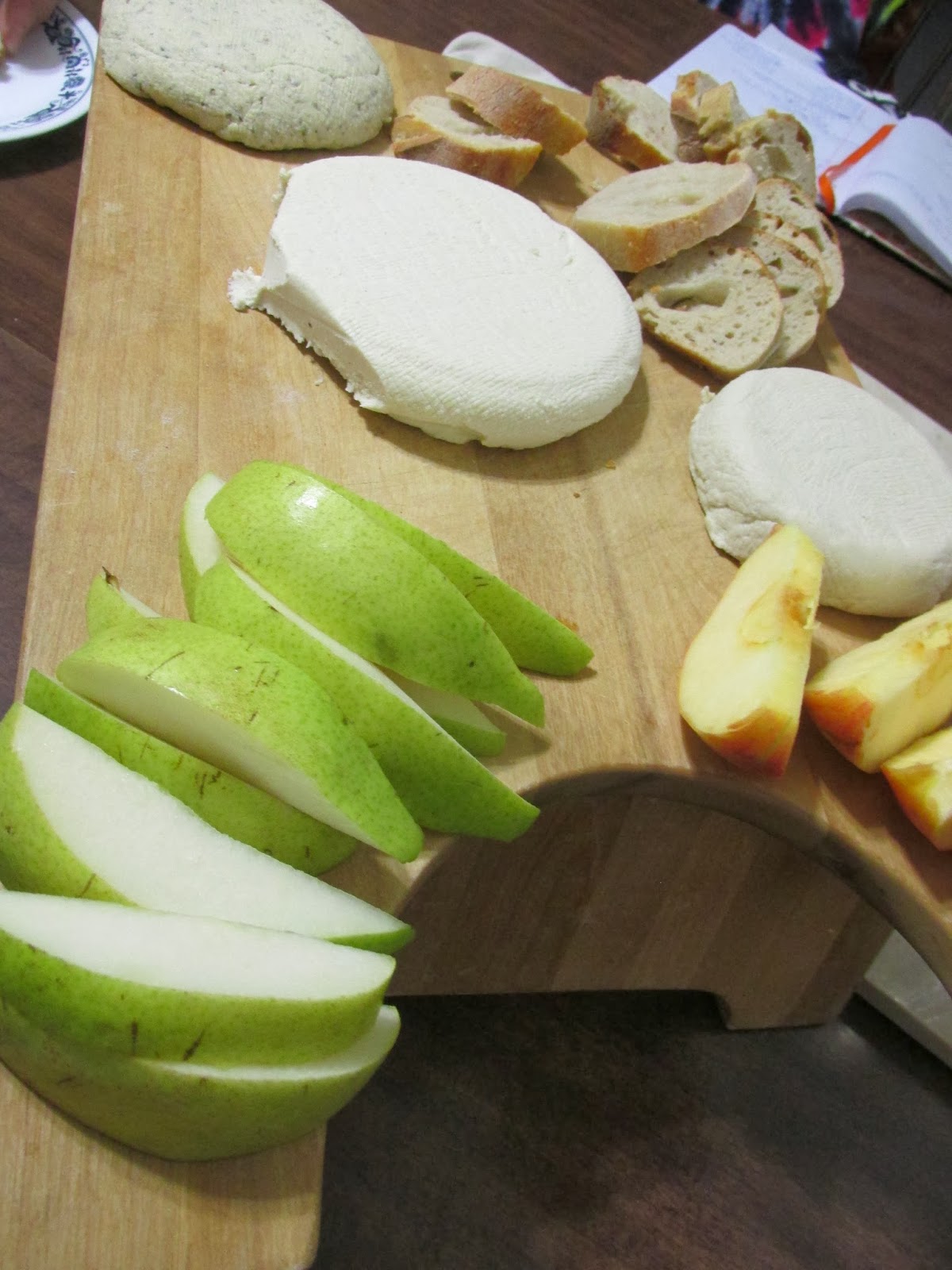 The book says you can freeze the molded cheeses for up to four months, too.  We think it would be quite nice indeed to have a freezer stocked with various cheeses.  And we decided that our pretend French dinner would be perfect for a hot summer day when the idea of turning on the oven seems like torture.  But, it was pretty darn good on a winter day, too.
By BLD in MT