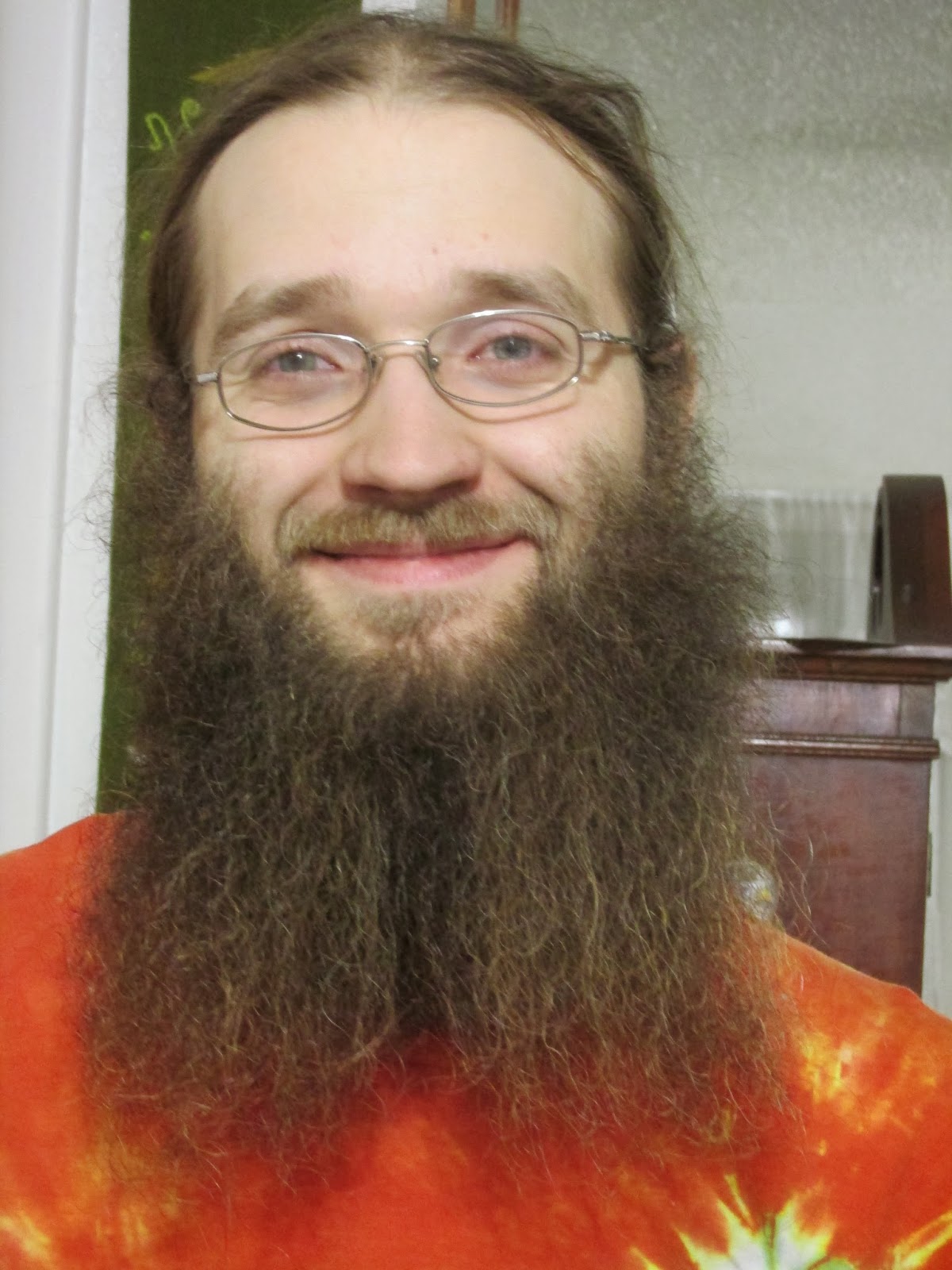 Matt chopped off his beard again last night.  He had last cut it in early July 2012.  It had gotten huge.  Apparently so huge it was starting to get in his way--say, reading in bed, zipping his coat, that sort of thing.   Its an amazing thing, his beard.  Its thick and curly and grows out as well as down so that it is not only long, but wide and thick as well.  Its truly remarkable. 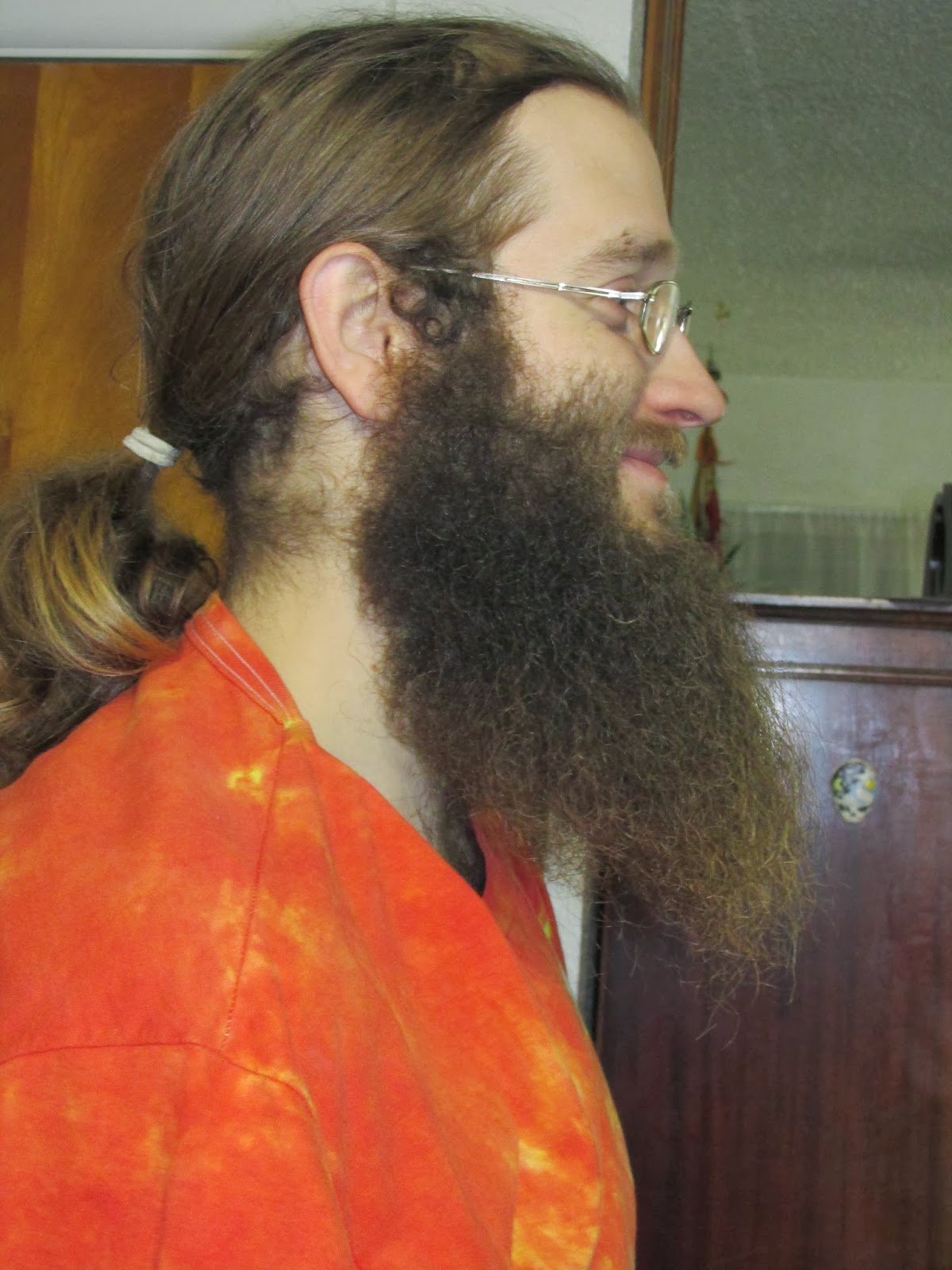 But, remarkable or not off it went.  His head looks so small right afterwards and I always think he looks so strange at first.  But, it doesn't take too long to get used to it. 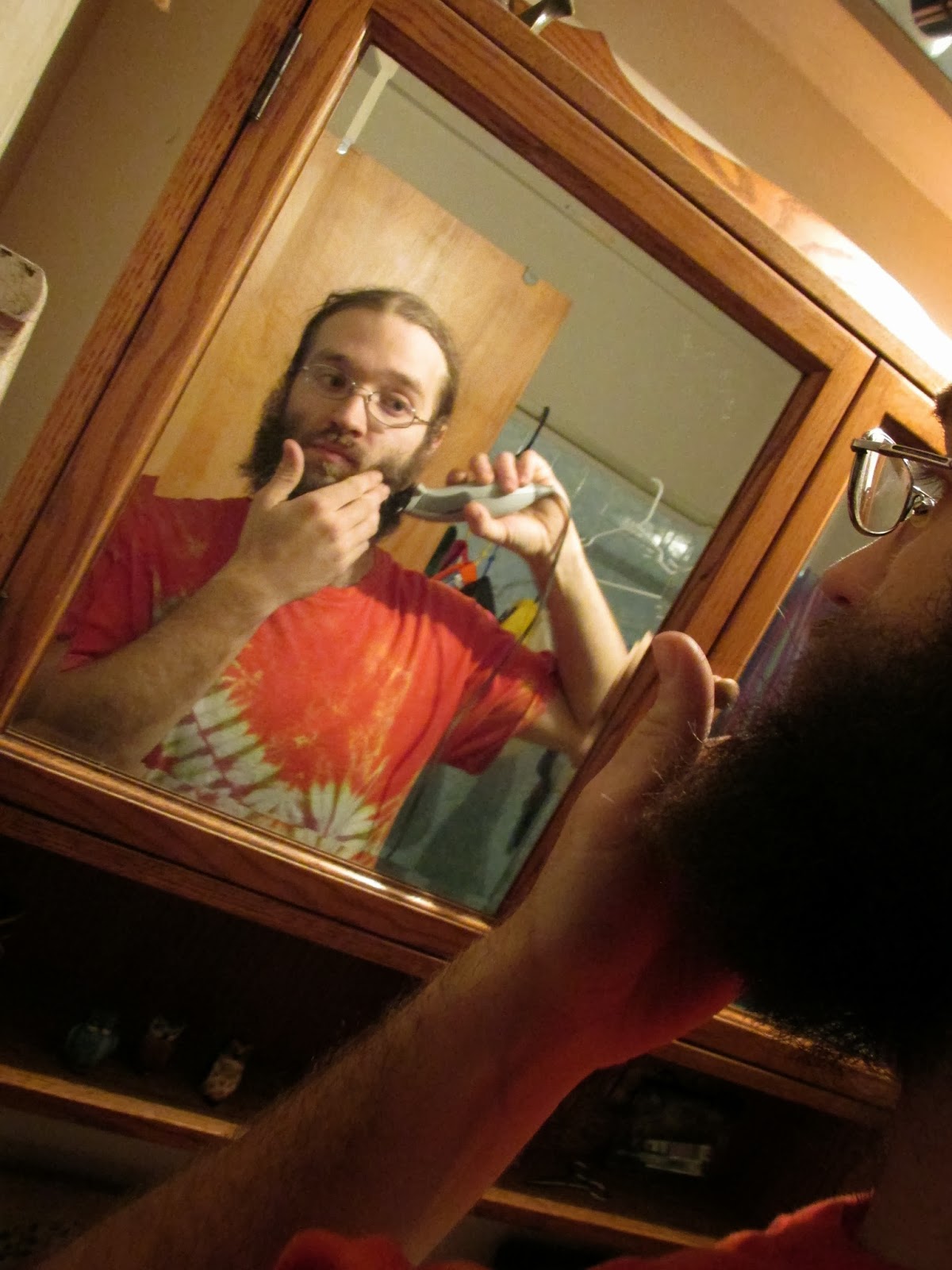 I liked his long beard, but I don't have to live with it on my face.  So, I am happy with whatever makes him happy.  I like his short beard, too.  I just, in general, like facial hair. 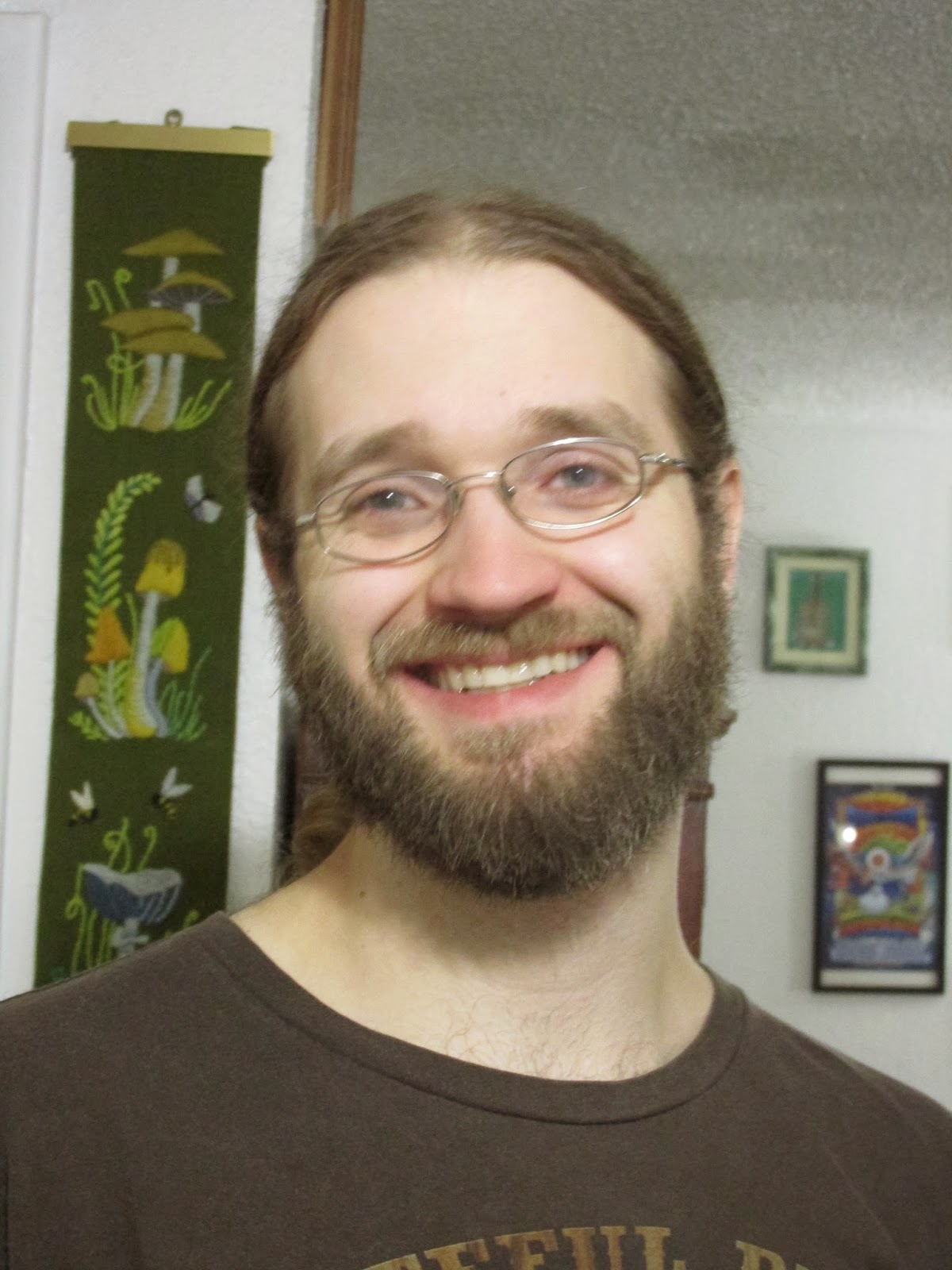 I have made it no secret that I wish he'd shave off that mustache though.  But, he won't.  I've tried.  He says he hates shaving (that's why he grows a beard) and that he'll look like a Hutterite (a communal, Christian community in our area) which he is not.  I personally think of the stache-less beard more as "The Abe Lincoln," myself.   But, oh well, its his face.  And I like it just fine, mustache and all. 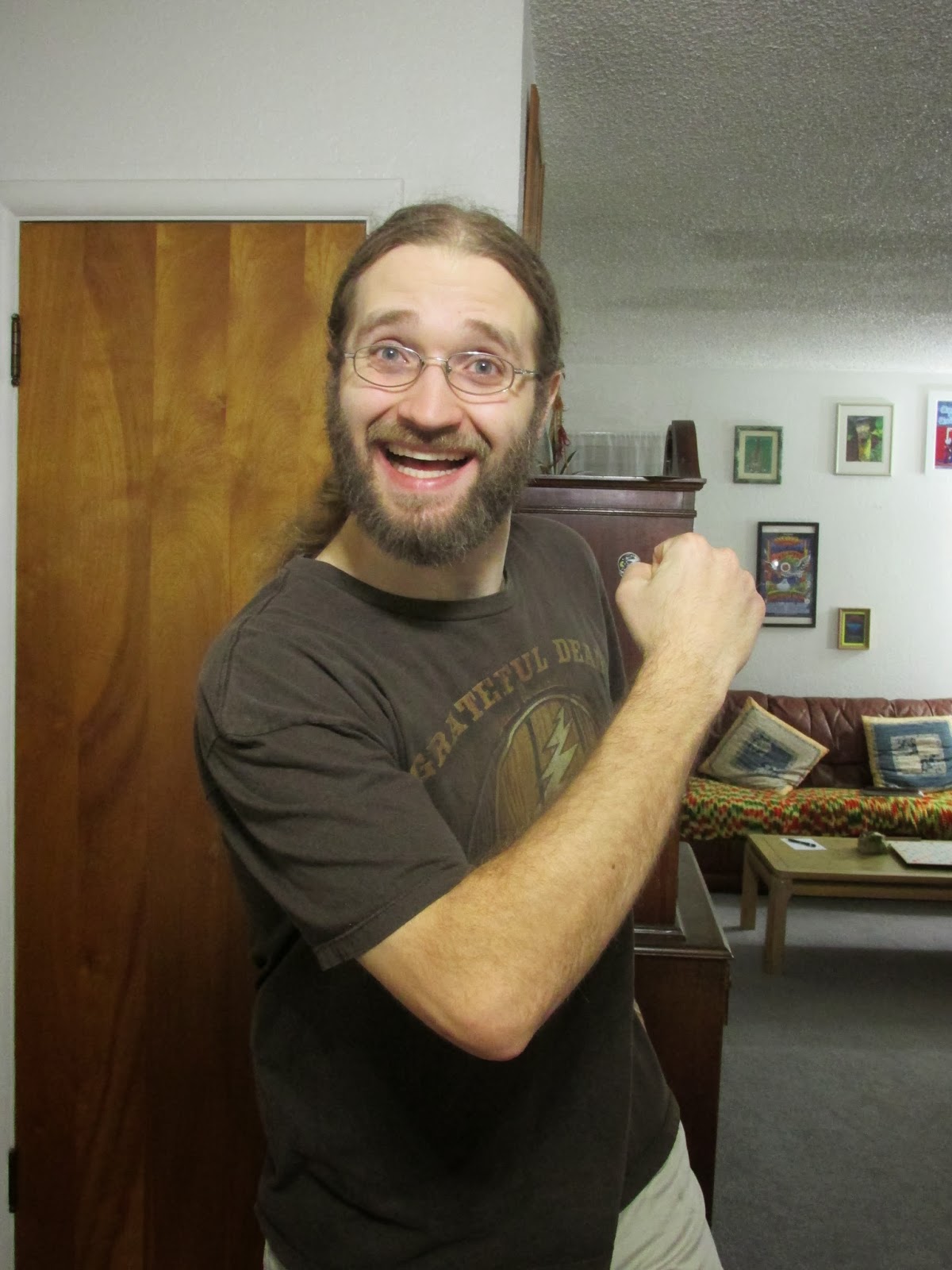 Email ThisBlogThis!Share to TwitterShare to FacebookShare to Pinterest
Labels: Household