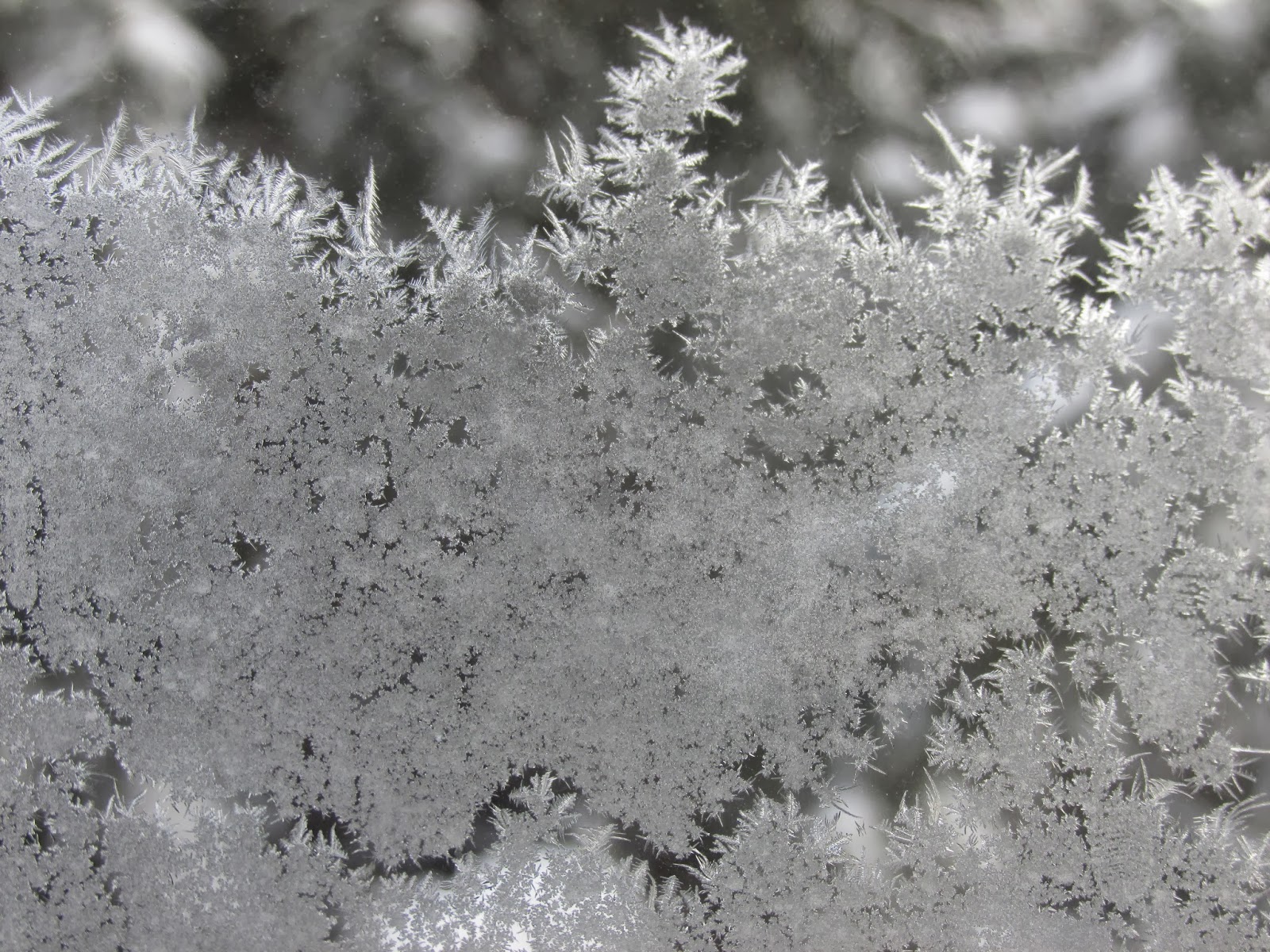 Matt made quiche over the weekend.  As he rolled out the crust he realized he had more dough than he really needed.  So, he decided to make a winter-themed cut out with the extra dough to put on top for decoration.  He listed a few shapes he was considering and then said maybe he'd make a snowflake.  I said something like, "How are you going to do that?!" which, I guess, he took as a challenge and quickly cut out a rough dough "snowflake" for the top of the quiche. 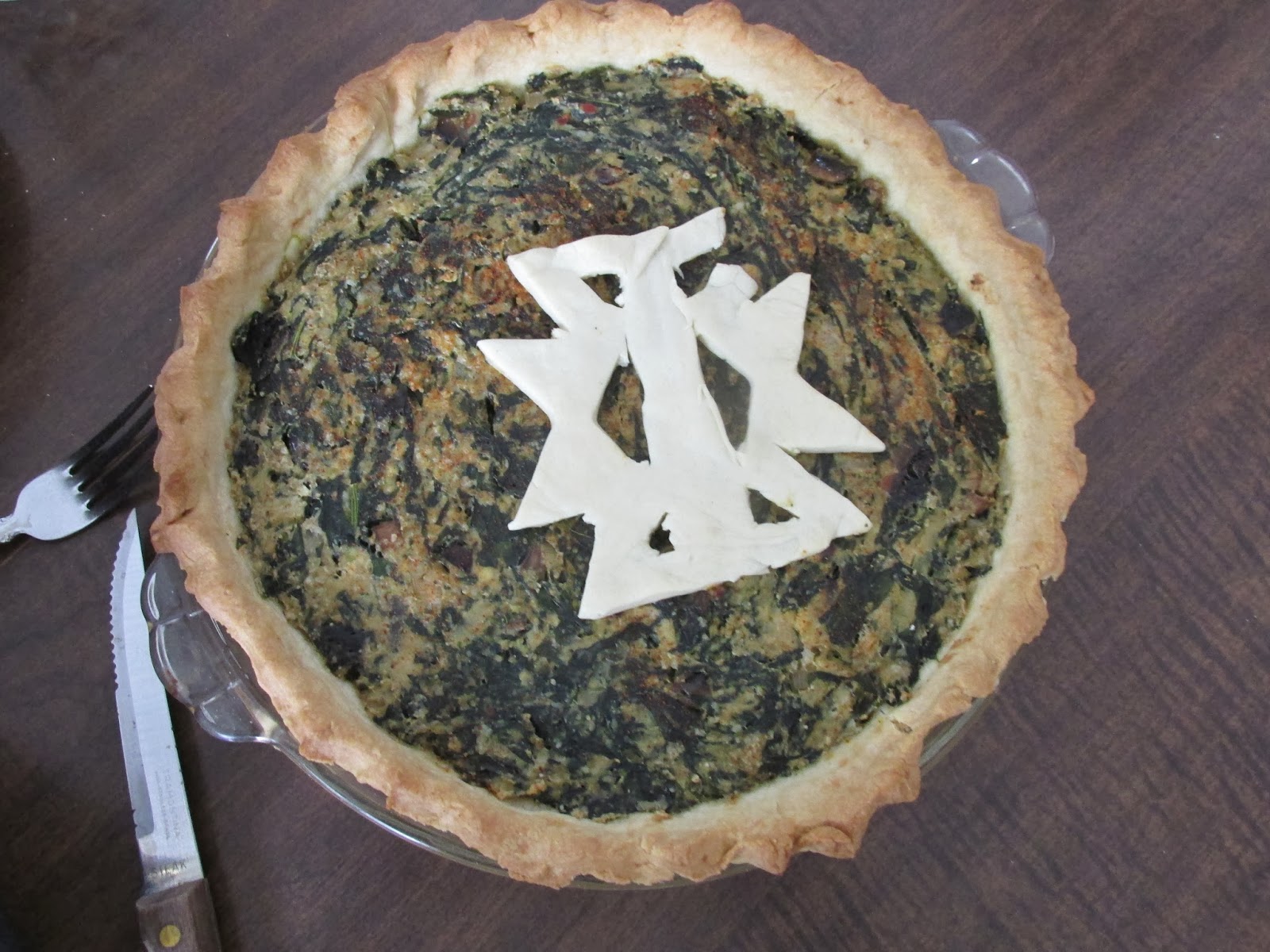 Which prompted us to spontaneously make paper snowflakes for an hour while the quiche was in the oven.  It was fun.  It'd been a long time since either of us had partaken in this easy, nostalgic, seasonal craft. 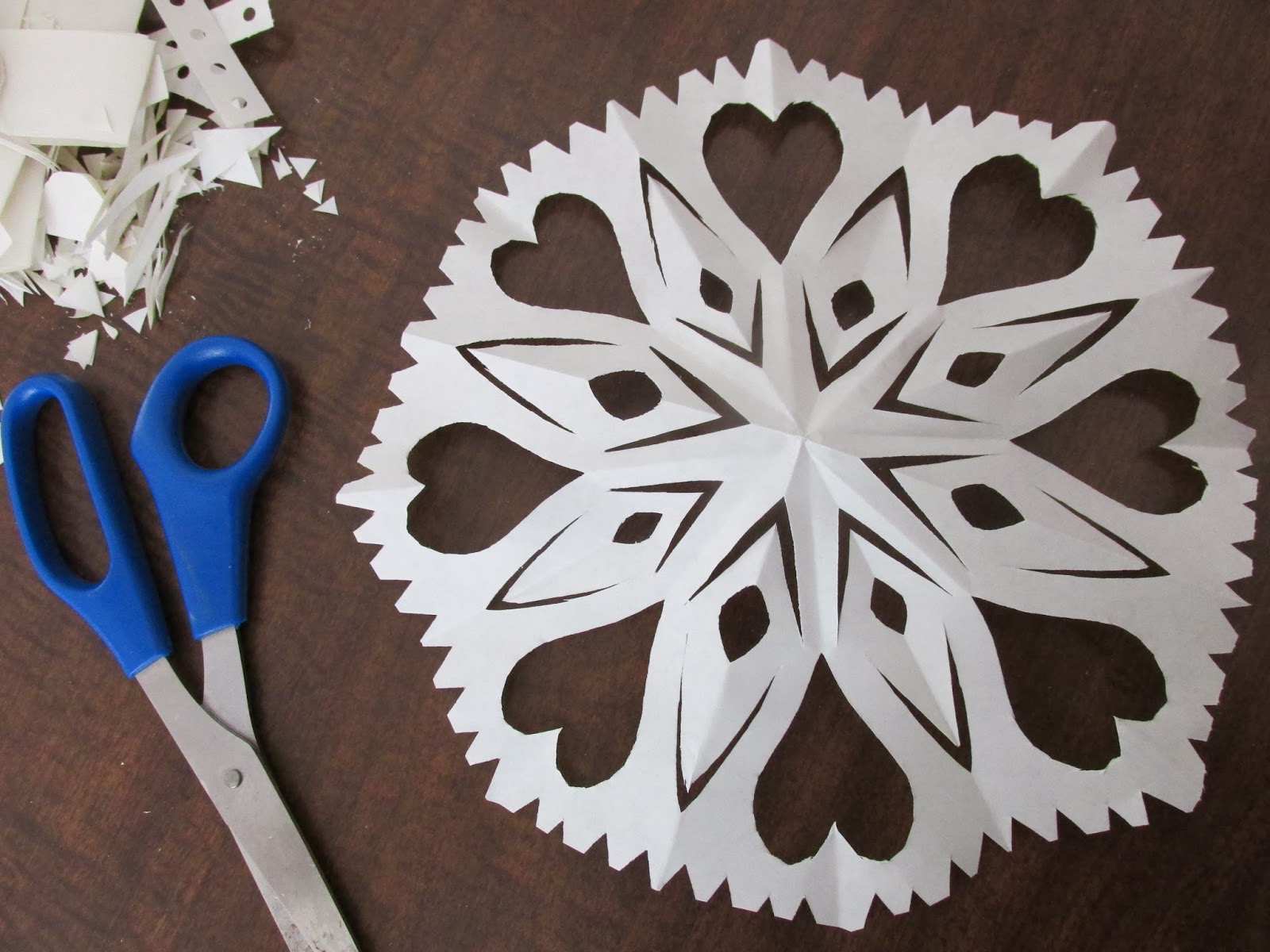 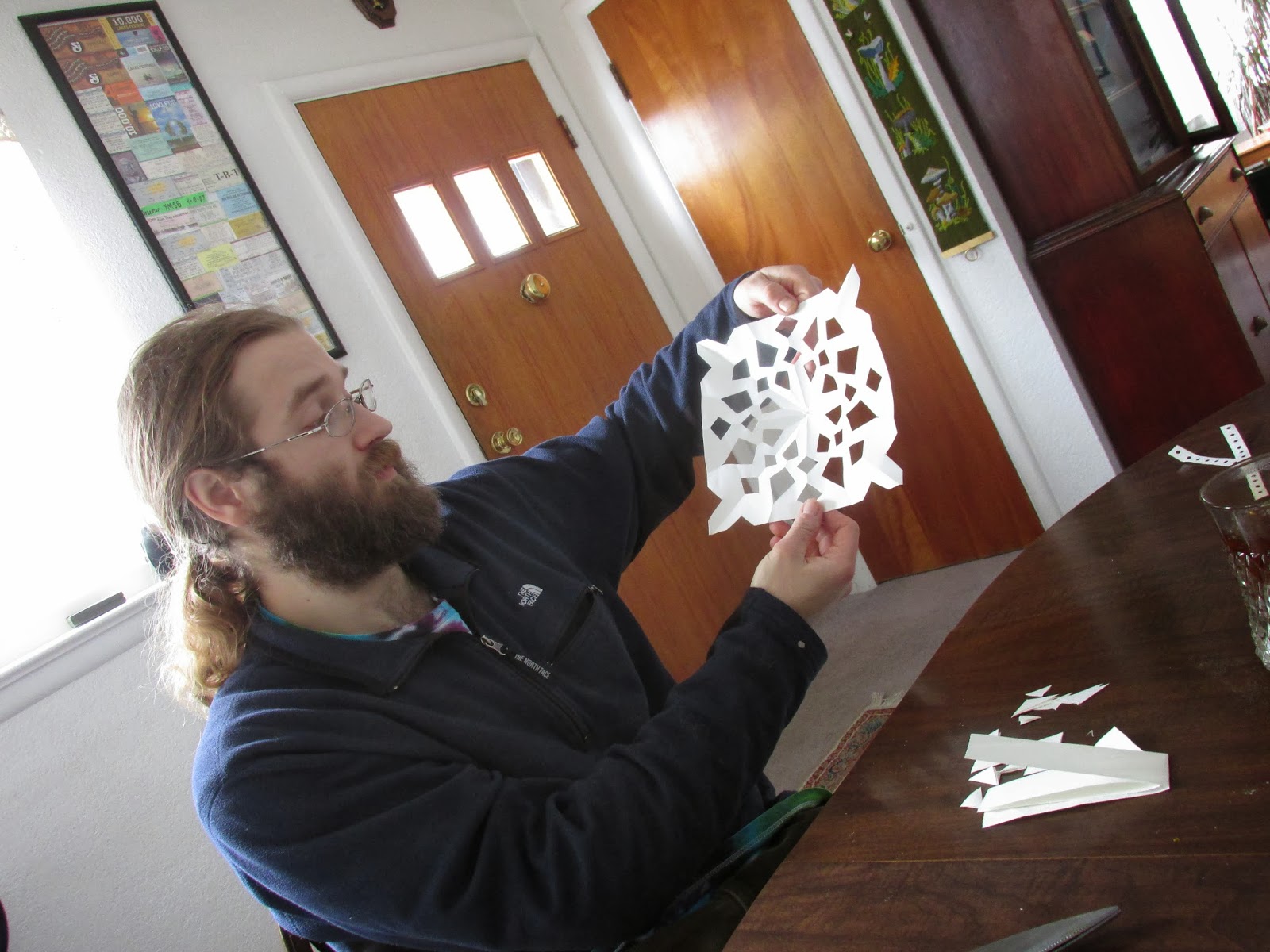 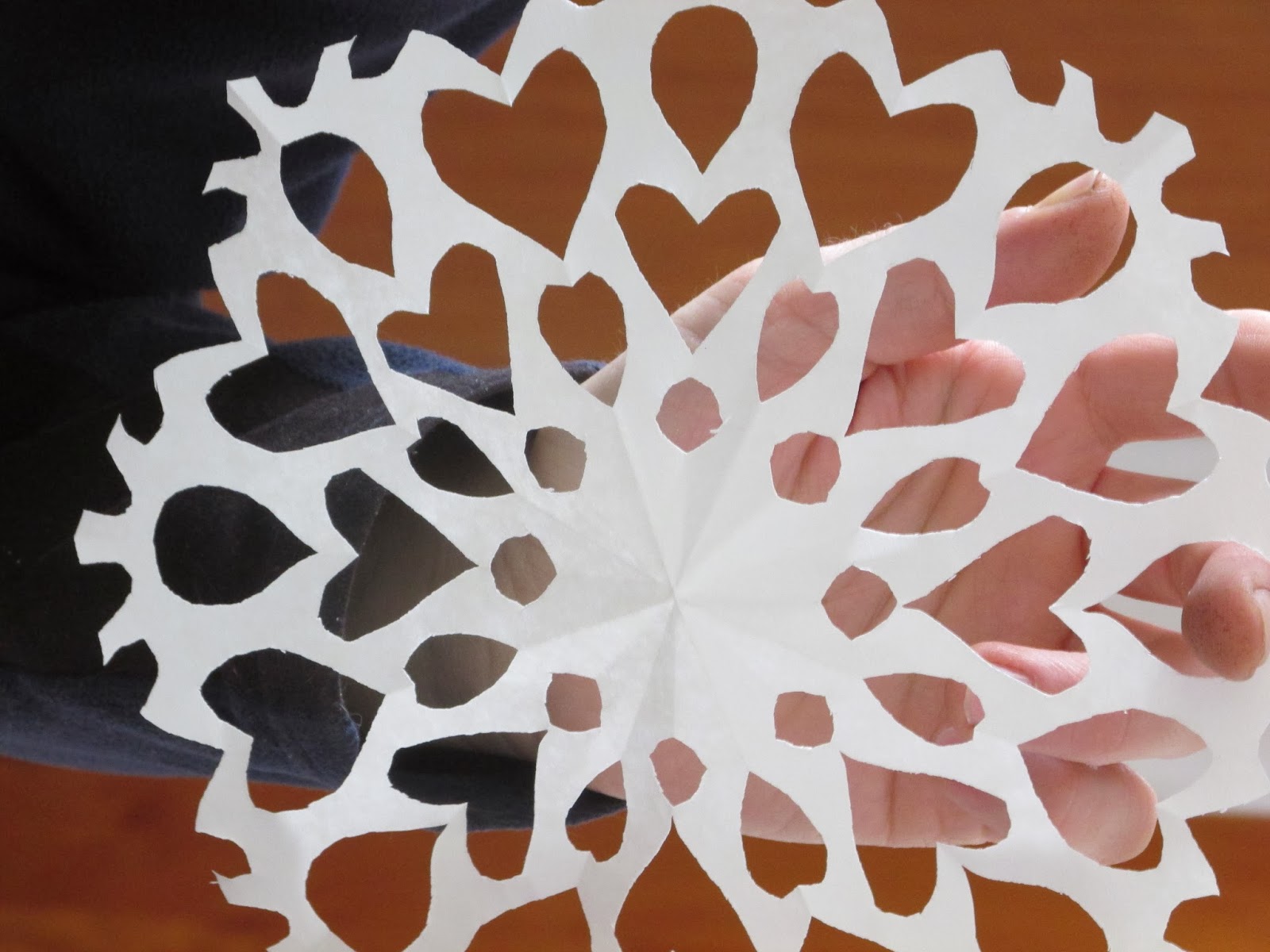 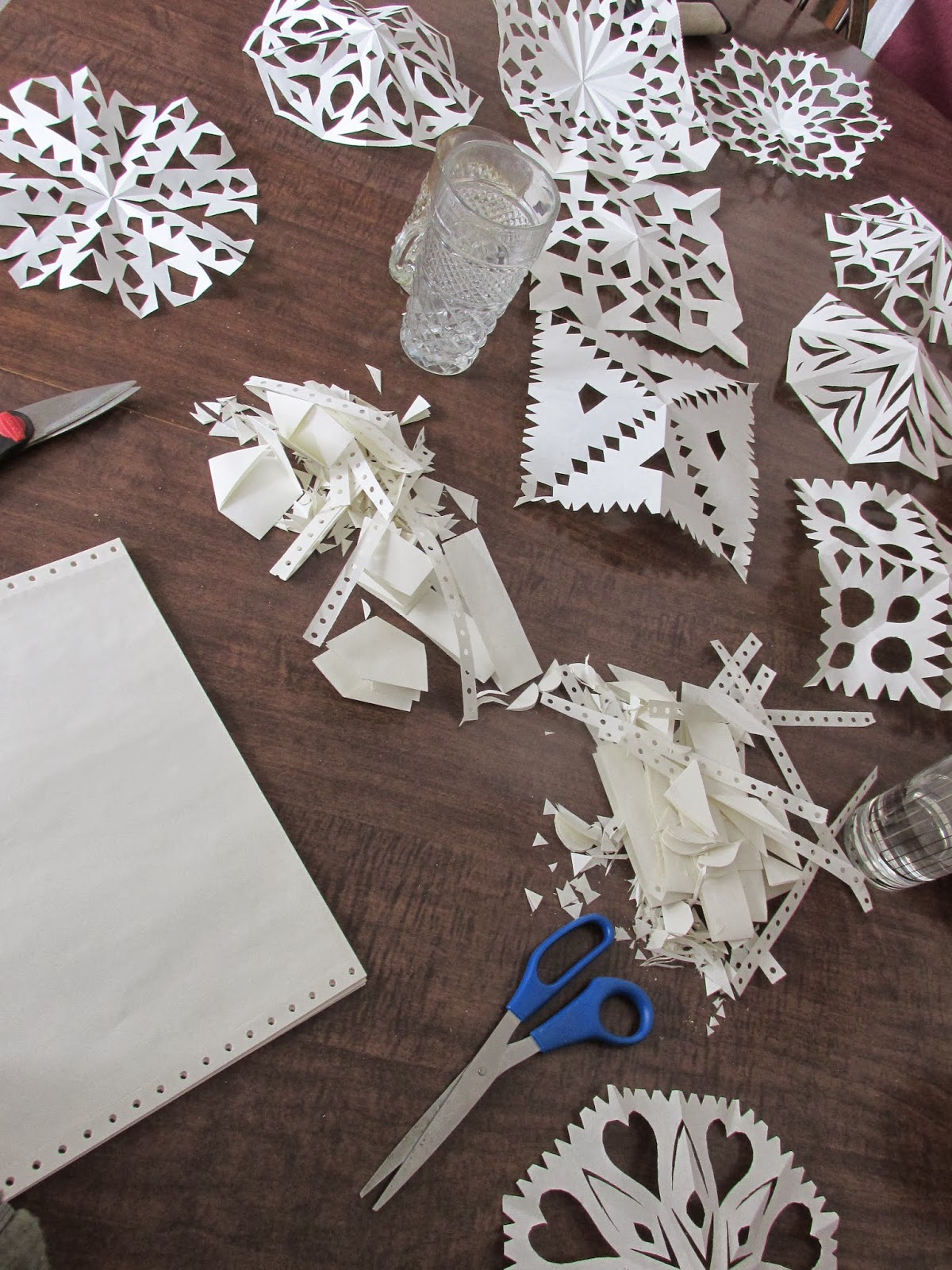 And then, after the quiche was eaten, I made an equally spontaneous mobile with the snowflakes, thread, tape, and wire coat hanger.  Its sweet and simple and makes me happy when it spins lazily with the drafts from the heat vents.  It doesn't contrast well with the snow out the windows and the white curtains for photos, but that really adds to its simple, pleasant effect in the living room, I think. 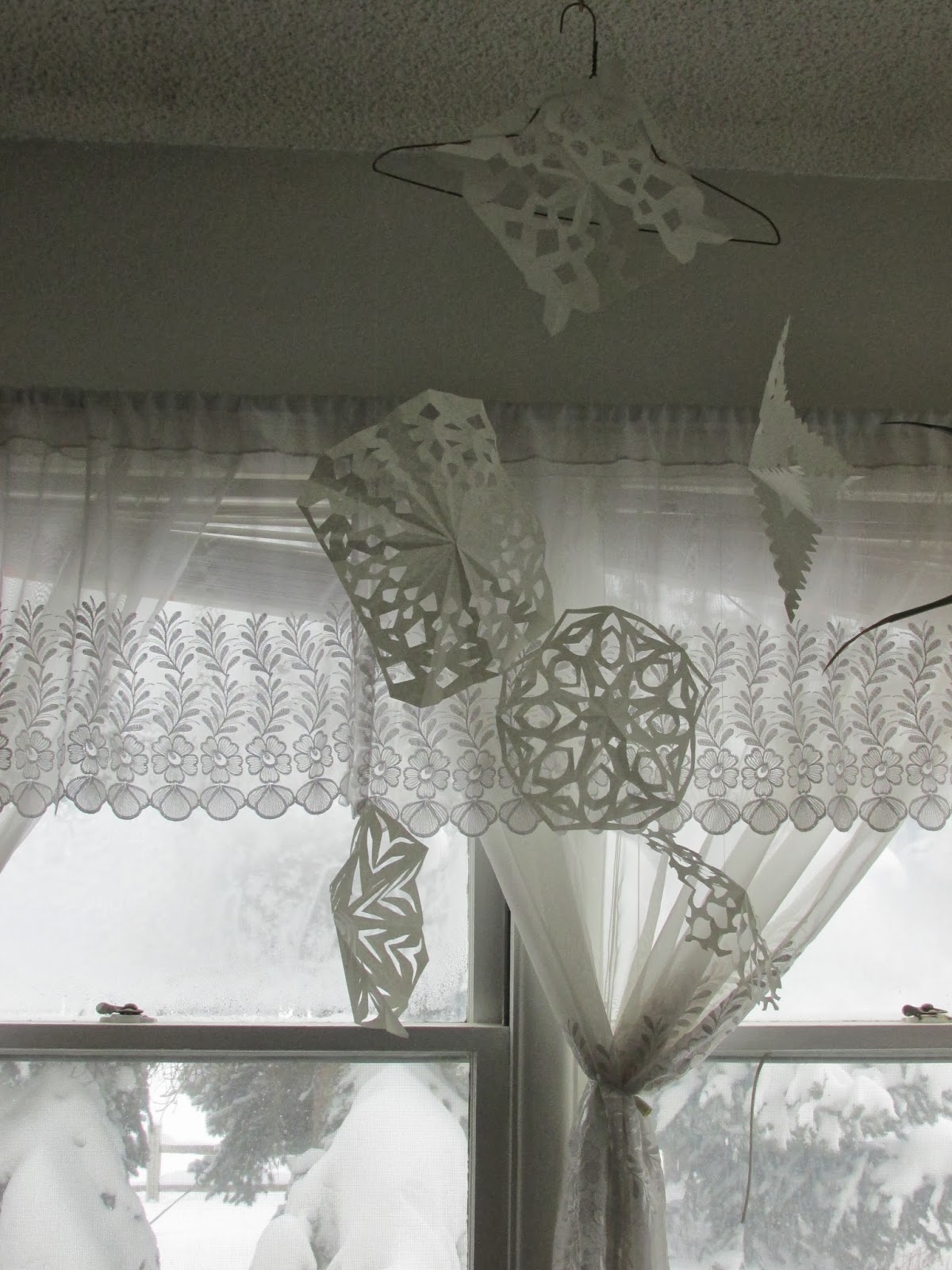 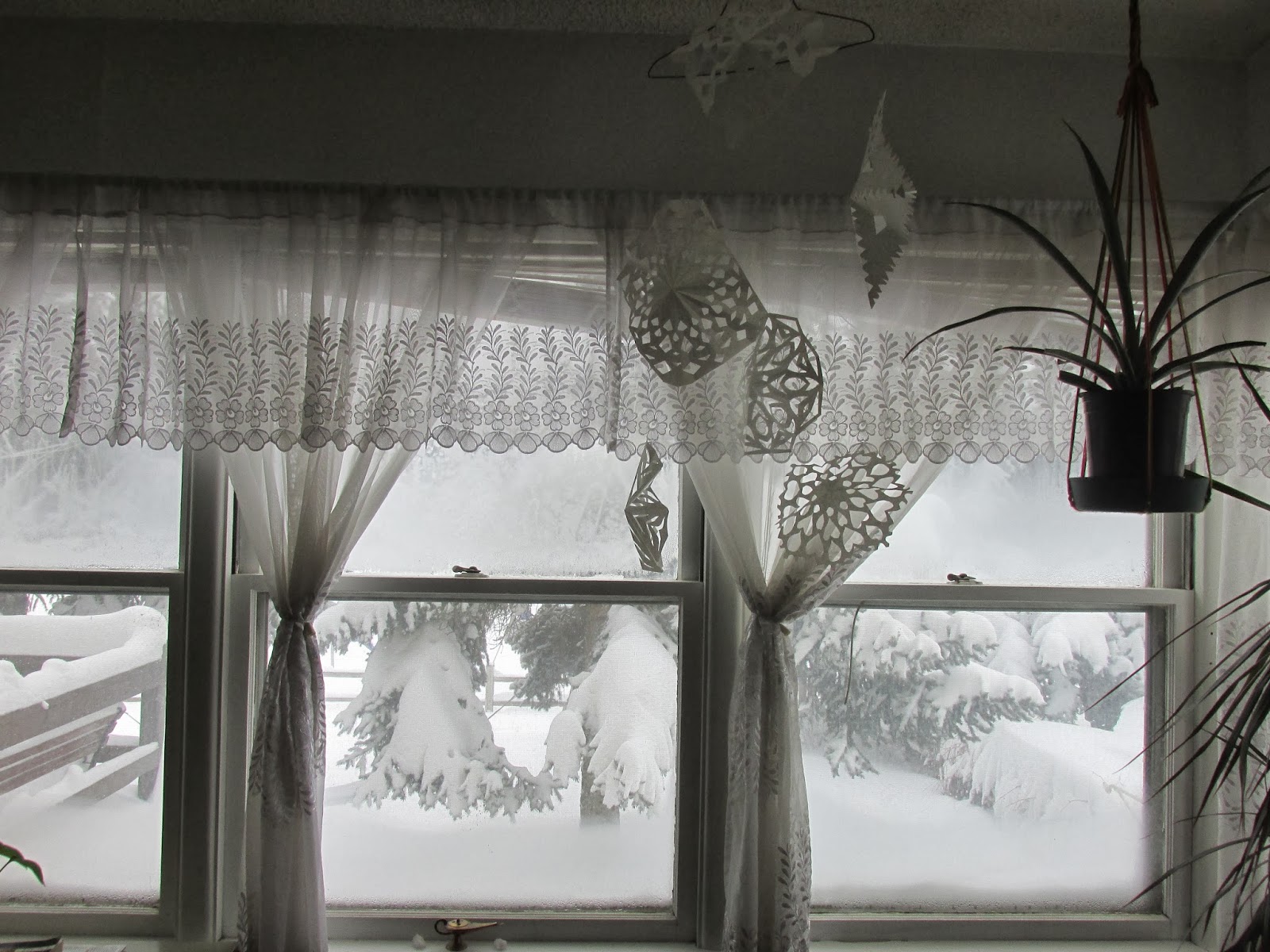 All this wintery festivity encouraged us to go out of doors and so we tromped about the neighborhood a while in the real snow--until our faces were cold and we were ready to retire to the living room with a cup of good, black tea. 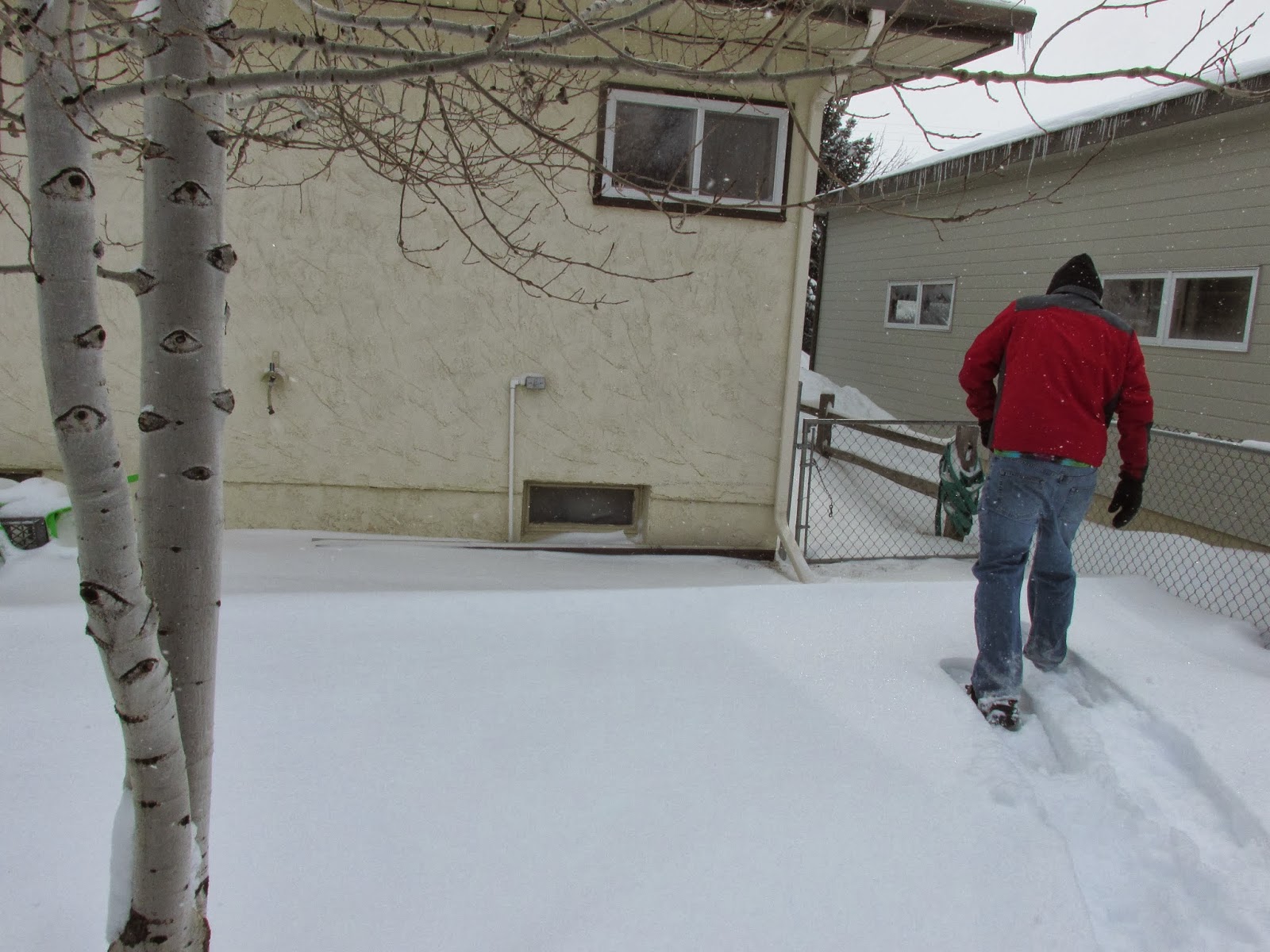 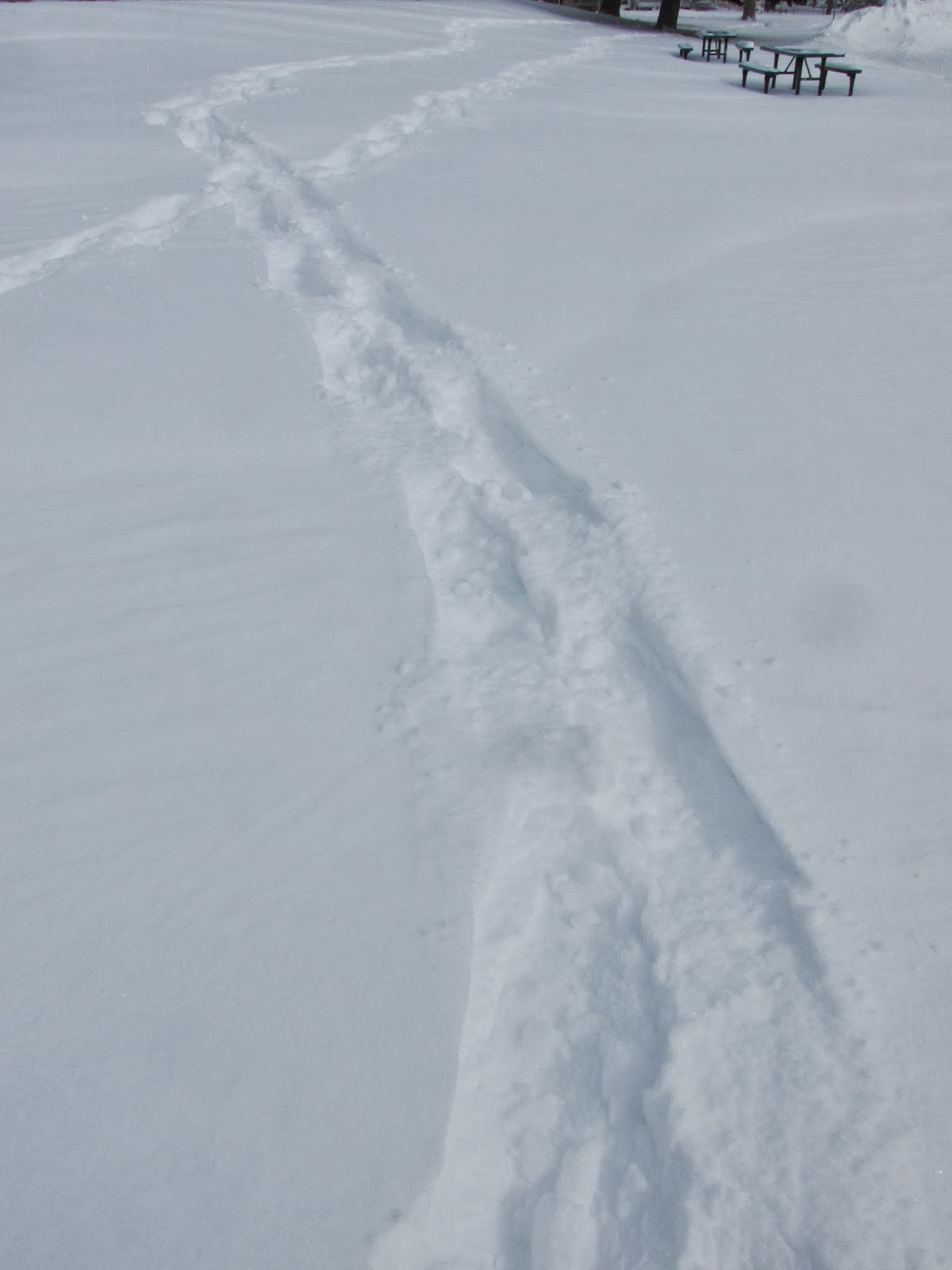