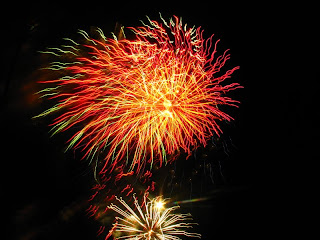 So, I discovered that my camera has a "fireworks mode" on the 4th of July.  Perfect timing, right?  Of course, I didn't want to watch the show through my camera lens so I was just snapping away without looking.  I managed to get a good number of shots that pleased me. 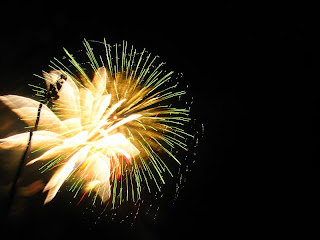 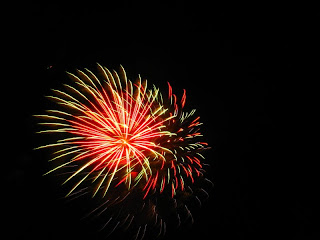 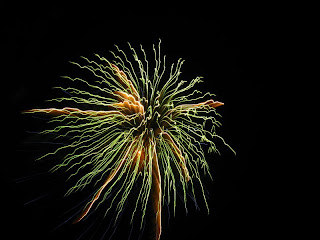 This year we spent all (and I mean ALL) of Independence Day in Laurel.  I've heard for years (since moving to Billings in 2003) that the fireworks show and 4th of July celebration in Laurel is wild.  That it is a the best celebration for miles around.  That is is a madhouse.  That was primarily the reason I never went.  I am not much for large crowds especially when I have the suspicion they might be drunk-fests, I dislike sitting in traffic, and there are perfectly fine fireworks shows in Billings.  I could never see the need to fight the crowd.  This year however we sold tie-dye all day at the celebration.  It was just as busy as I'd been told, but from a vending point of view that is a positive. 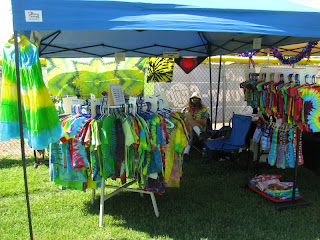 So, after a long, long day of selling our art in the sun the sky started to grow dark and it was fireworks time!  I cannot begin to say how delighted I was by the awesomeness of the fireworks show.  Best I have ever seen... not that I have seen very many.  Laugh out loud in amazement type awesome.  As further evidence of the awesomeness, one of our customers told me she and her husband had traveled all the way from North Carolina to see the show.  I thought she was joshing me, but she didn't laugh.  I looked at her incredulously and said "Really?!"  She told me her son had done an internship in Laurel and told his parents that is was his dream to come back for the 4th because it was such an awesome celebration.  So, they made it happen.  What nice parents. 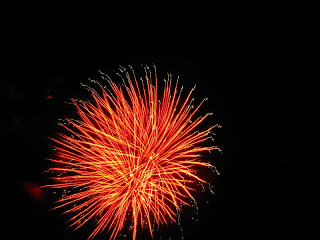 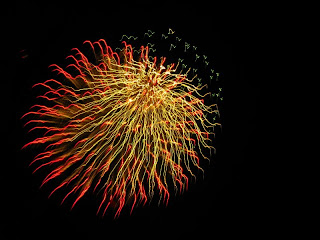 The initial series of fireworks was better than most of the finales I have seen at other fireworks shows!  I actually turned to Matt to exclaim "This is how they START!?!?"  The whole thing was 45 minutes long, set to patriotic music, and all around super impressive.  They had colors and shapes that I had never seen before in fireworks.  They even had a smiley face...I swear that is what I saw.  When they finally reached the finale it was insane...one after another after another, on and on. 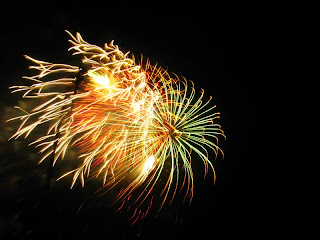 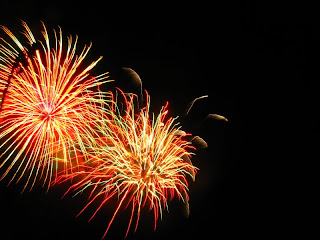 The 4th of July always makes me think of my mom for several reasons.  First, she got married my stepfather on the 4th of July.  Second, she has loved red, white, and blue since as long as I can remember (she even decorated my room in a patriotic theme as a kid).  Third, it makes me remember the summer I spent it Europe where I missed the 4th.  Or rather, I didn't miss it, but there certainly was no celebration at Marj's house in Belgium.  I had been bummed about this so my mom took a couple of my friends to the fireworks stand and had them help her pick some out for me to light off when I got home.  It was very thoughtful. 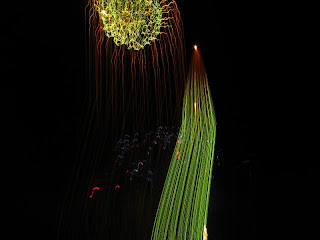 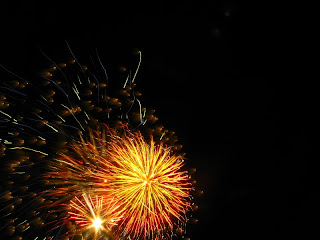 I don't buy fireworks anymore these days. It seems there are much better things for me to spend my money on.   Also, I don't much care for loud noises and there is a lot of trash and packing involved.  I also once saw a woman end up with a firework in her lap after a cannon tipped over so I am inclined to leave it to professionals (in this case firefighters).  These days I'd much, much rather to a community fireworks show.  They have better fireworks anyways. 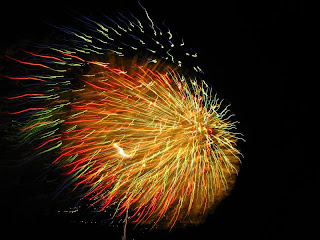 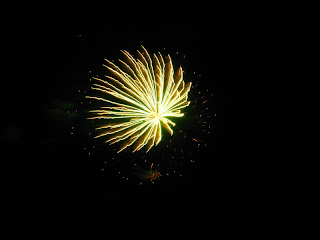 We didn't get home until nearly 1am....boy was it early when my alarm went off and I had to try to be a librarian the next day. 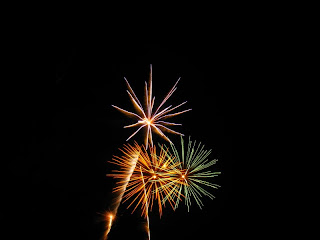 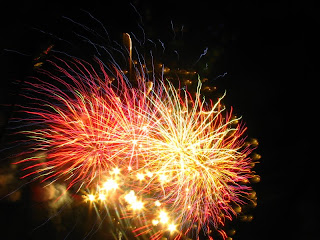