I surely enjoy spending time in the kitchen.  Matt does, too, probably even more so than me.  I never cease to be pleased by the creativity and satisfaction found in making a meal from scratch.  In many ways it has spoiled me!  I am used to being able to make things JUST to my liking and with the freshest ingredients possible.  That makes it harder to enjoy soup from a can and the like!

Cauliflower pakoras alongside curry.  I think pakoras are amazing.  Amazing. 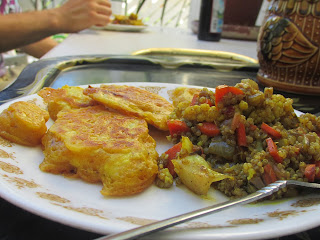 Unbrie cheese with spicy pepper jelly, just-picked carrots, and some of the last of the 2012 applesauce.  Carrots that are fresh like that just taste totally different in a very good way.  Matt's making cheese for part of the Thanksgiving feast.  I am really, really looking forward to it.

Another batch of hot sauce with some of the cayenne peppers we grew this summer.  Its been a while since I had red cayennes to work with.  I invariably end up harvesting more green than red because of the end of the growing season.  As a result this is the most beautiful, tasty hot sauce I've made in what seems like quite a while.  I have to wonder if I think it tastes better just because it is prettier. 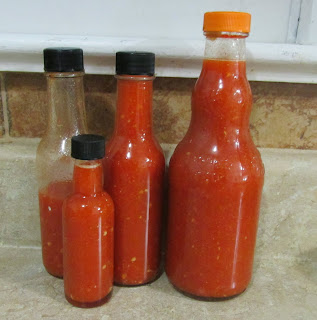 Quiche with homegrown spinach.  Its so nice having spinach in the freezer.  We tried to start a late season crop, but dilly-dallied too long in planting and the little tiny spinach plants didn't make it.  Drat.  But, at least we've got the freezer supply. 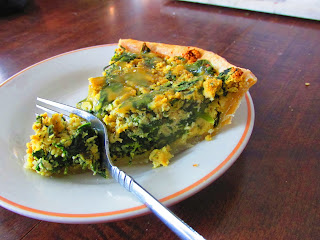 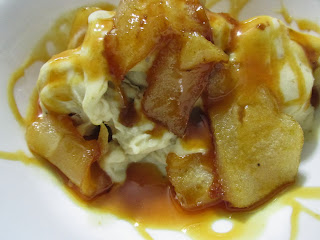 Yum.
By BLD in MT