A Cache of Nuts

A couple years ago I found a nut which looked heart shaped when split open and, well, like a bear's nose once the nut had been consumed.  I didn't know anything about it except that I thought it looked neat.  I've since learned that they are black walnuts which grow in our neighborhood.  They are edible, but not as tasty as your standard walnut, I am told.  Still, maybe someday we'll try to save some.  As is, I sure enjoy watching the squirrels gorge themselves on them each year. 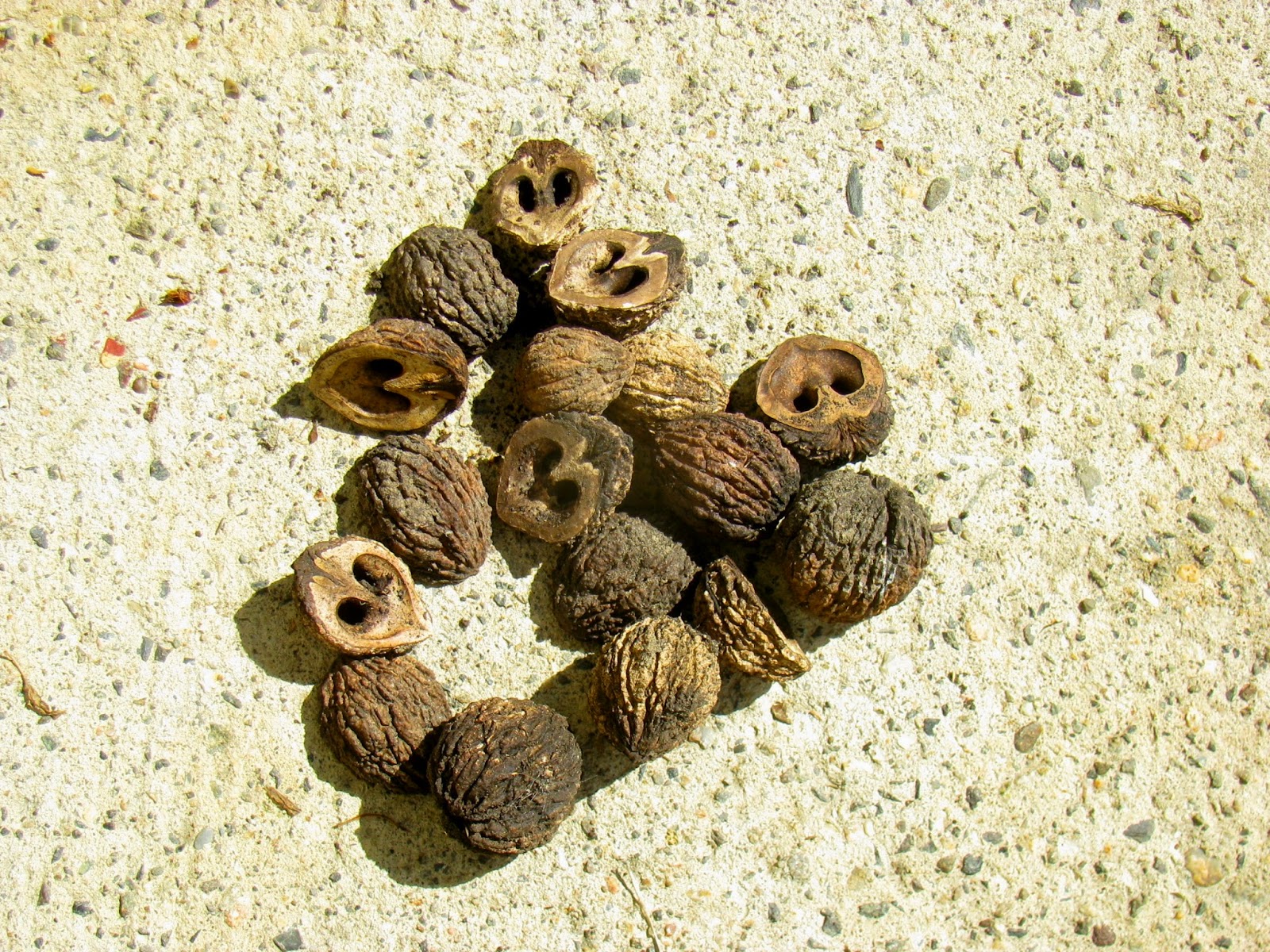 We had a wooden planter of strawberries along our porch which finally collapsed in on itself earlier this year.  It was never quite the same after we moved it from the old house so the fact it survived a couple more growing seasons is really fine by me.  Nothing lasts forever.  We ripped the planter apart--salvaging the planks of wood and the metal band that had once held it together for use in some later project. 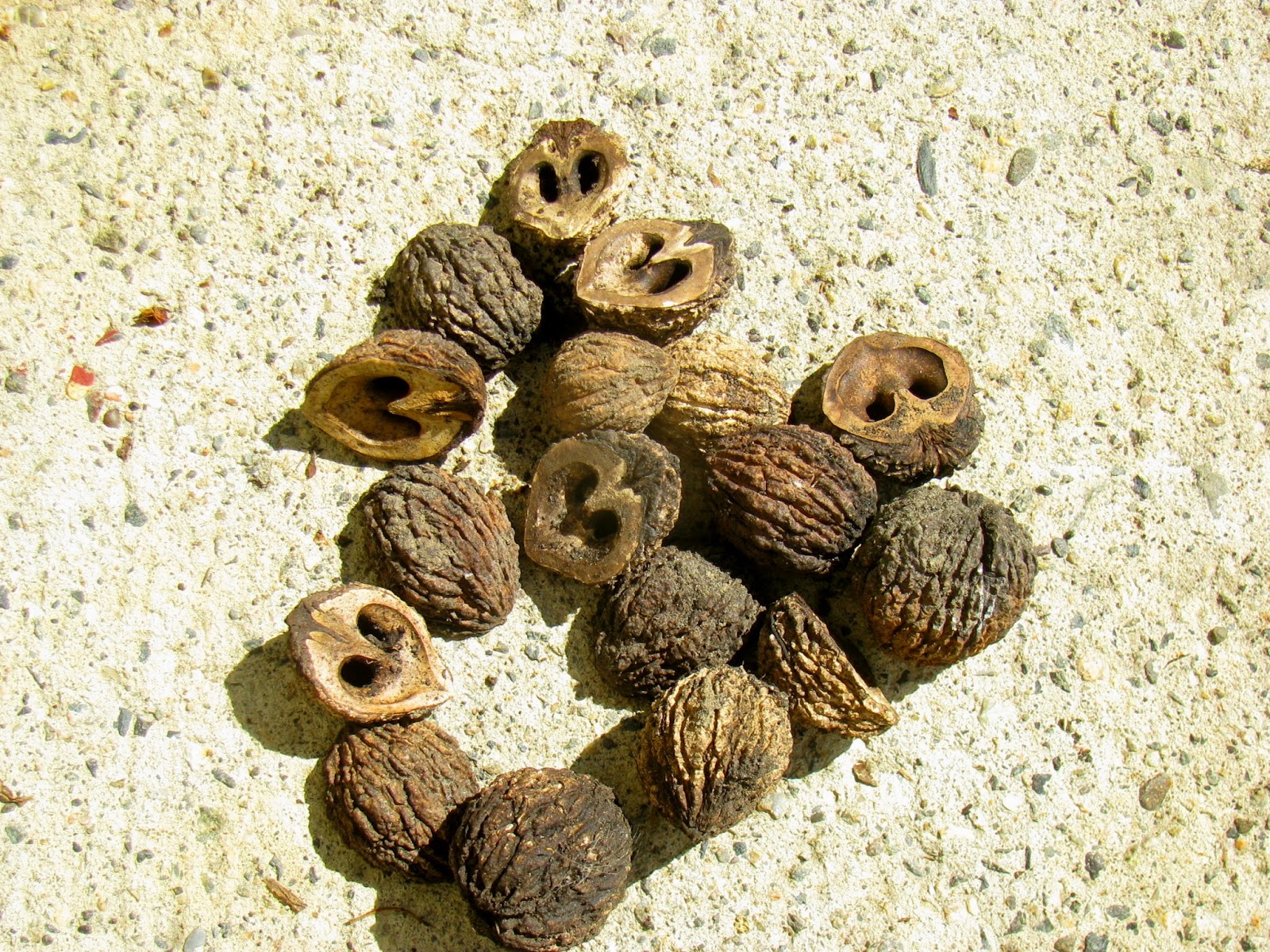 When Matt emptied out the soil he found that the squirrels had been making good use of the planter as well.  I guess they'll have to find someplace else to make their cache now.
By BLD in MT