Outside my window...autumn is trying to pretend that is winter.  But, its all a ruse.  Autumn will be back next week I am sure.  I saw many gardens covered in sheets this morning.

I am thinking....its amazing how many people don't read books.  Smart people, too.  They may read online or read magazines, so its not like they don't read, but still.  Gosh, I love books.  And there are so many great ones to read!  So, it surprises me when I hear someone say they don't remember the last time they read a book.  I am always reading three books at once.

I am thankful for...my wedding day.  I am a bridesmaid in an upcoming wedding for one of my dear old friends and its been making me think back on my own wedding day, almost three months ago now.  It was such an almost perfect day for us both.  What a blessing.  What a joy.  I am so thankful.

From the kitchen...Matt's on another sourdough kick.  I am happy.  Also, we've made this peanut-potato curry dish three times lately (including once for breakfast!) which reminded me that it is most definitely one of the best things I've ever eaten.  Better yet, its easy to make, too.

I am wearing...a vintage patchwork skirt and black sweater with a bright colored scarf I got from my sister, Lisa, a decade ago or more, I bet.   Also, I wore pants a couple weeks ago!  A handful of times!  It'd been so chill and damp from the peculiar late August rains and we were camping and cycling and things so I thought I'd try it.  It was okay, but, after three and half years in the comforts of skirts I felt awfully penned in by the trouser legs.  I had to wear long underwear under the pants anyways so I am not sure they were any better, really.  Plus when it got warmer it was harder to slip off the long-johns which is easy to do in a skirt.  So, I don't know...maybe they'd be useful sometimes, but I think I've found I can do everything I want in skirts, including stay warm.  It was an interesting experiment though.

I am creating... a quilt, in theory.  I have a sewing retreat with my mom and some other awesome women next month and I am going to give it a go, I think.  I've pretty much only made clothes though so we shall see.

I am going...to the Grand Canyon later this year (and some other pretty places) and I am so excited.  I cannot really wrap my mind around the Grand Canyon at this point.  Its scale seems to elude my comprehension.  Maybe that will still be the case when I see its grandeur in person, but I am really, really looking forward to finding out.

I am reading...On the Banks of Plum Creek by Laura Ingalls Wilder, The Vow by Kim and Krickett Carpenter, and What the Robin Knows: How Birds Reveal the Secrets of the Natural World by Jon Young.

On my mind...trying to not succumb to this cold.  I am trying to drown it with tea.  I already had a cold this year, so I am good, but apparently my body didn't get the memo...yet.

Around the house...we made a couple more Ginger milestones.  She's starting sleeping on the soda, even curled up next to me on her own one day.  I am thrilled to be able to sit somewhere comfy and read a book and pet my kitty-cat.  She also has hung out on the bed while we were both in it.  She only sits on the corner closest to the door so she can make a quick getaway if need be, but its progress.  Some people think I am crazy to be encouraging our cat to get up on the furniture if she isn't predisposed to do so.  I don't care.  I took her on knowing my house would get occasionally covered in hair.  A little extra vacuuming isn't that bad (though Ginger begs to differ).  I just love cuddling her--and while I will do it on the floor I'd really rather move it up to, say,  the sofa.   We've also successfully transitioned her off wet food.  It was more expensive, more smelly and gross, and made it harder for us to go away on trips.  She's taken it pretty well and we've promised her a can at every holiday, including her birthday--which we made up since we don't really know her birthday.

A few plans for the rest of the week...staying home for the first weekend in a month, visiting Matt's parents, making soap, making pesto, and a little sewing, baking, and reading.  Matt is getting his first ever massage on Saturday.  It was a wedding present for each of us.  I still need to schedule my own.

A small window into my life... 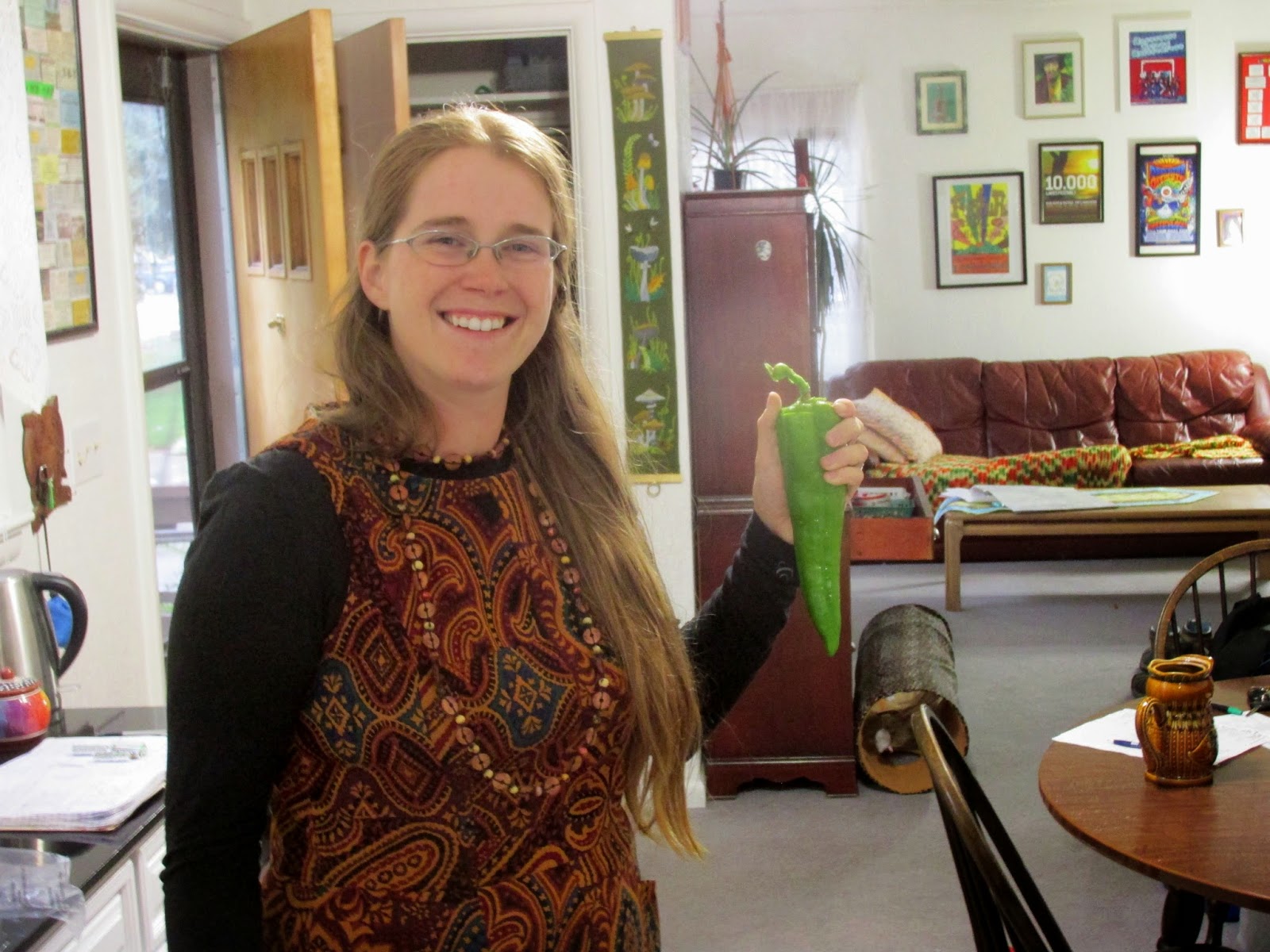 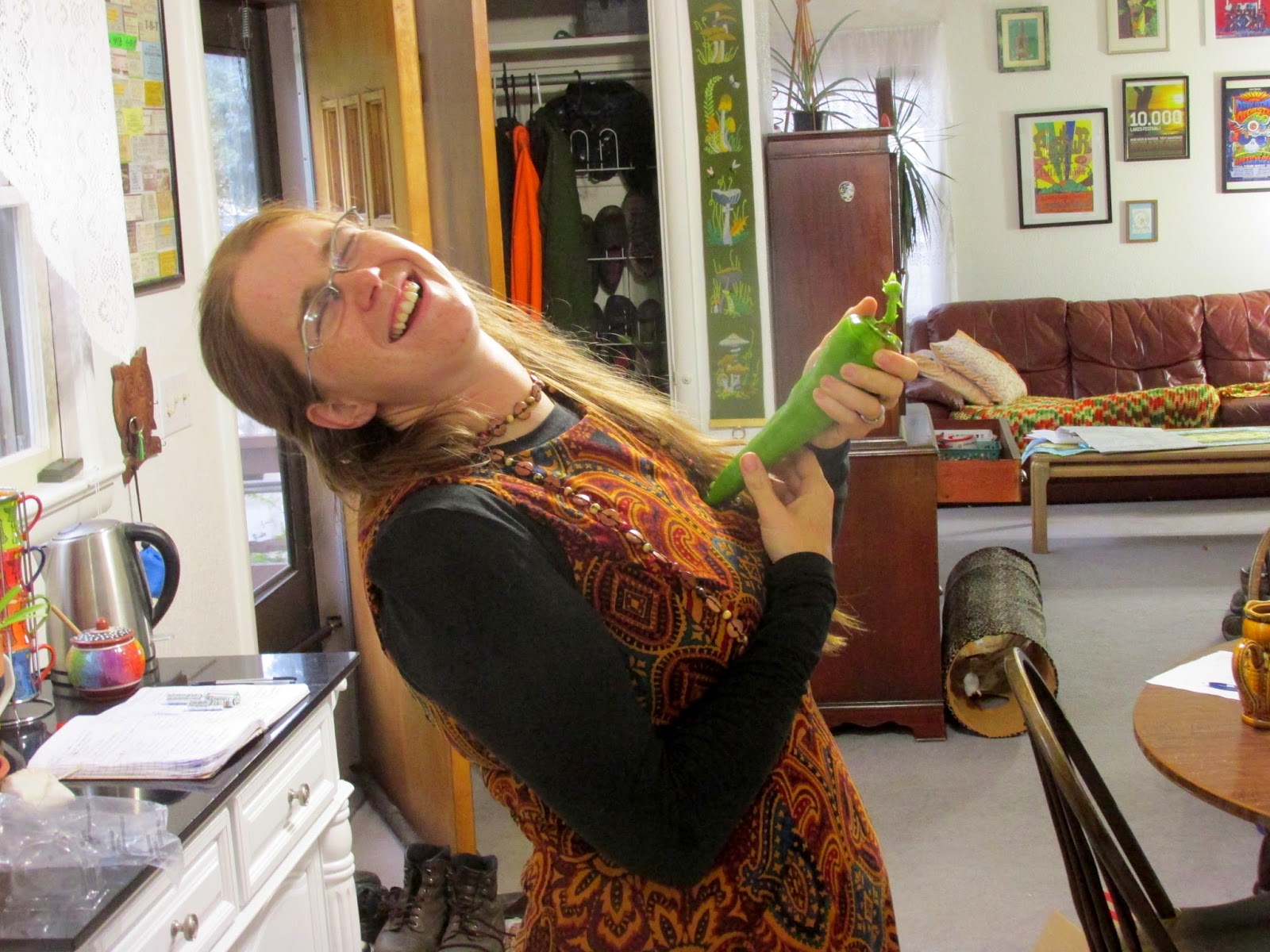 This format come from the Simple Woman blog.
By BLD in MT