The first frost arrived yesterday, as it had been forecast. 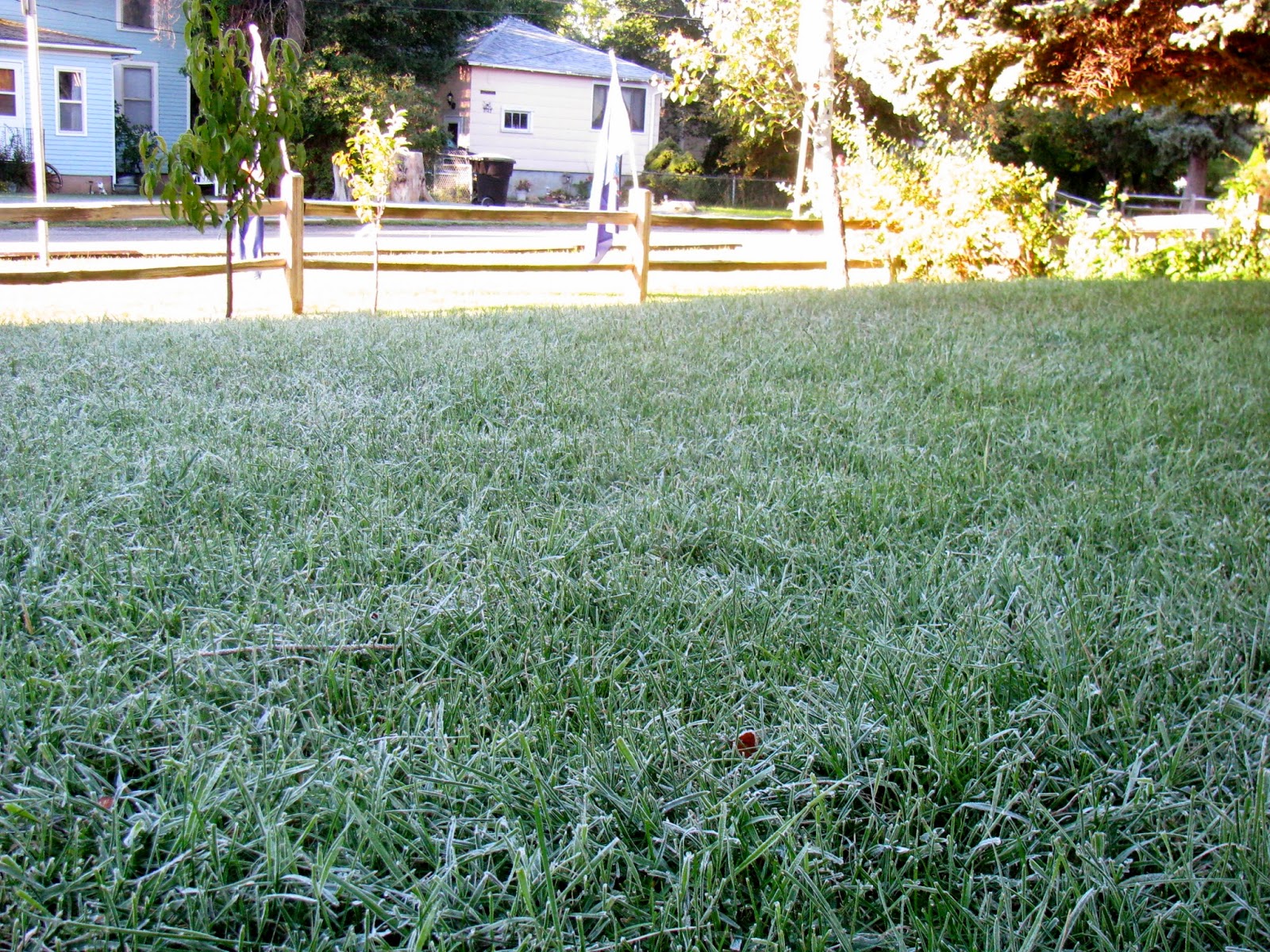 We covered the squash, peppers, tomatoes, eggplants, and basil in advance of the cold spell.  We built a few more low tunnels over a couple bed and used the old trusty bed sheet method on the rest.  Matt bought a roll of irrigation tubing to use for the hoops.  At $10 for 100 feet it was certainly more cost effective than the PVC pipe he used on the other covered bed.  The green beans and chard were already covered as part of the highly successful effort to beat the leaf-miners to the greens--though the chard would probably have been fine either way. 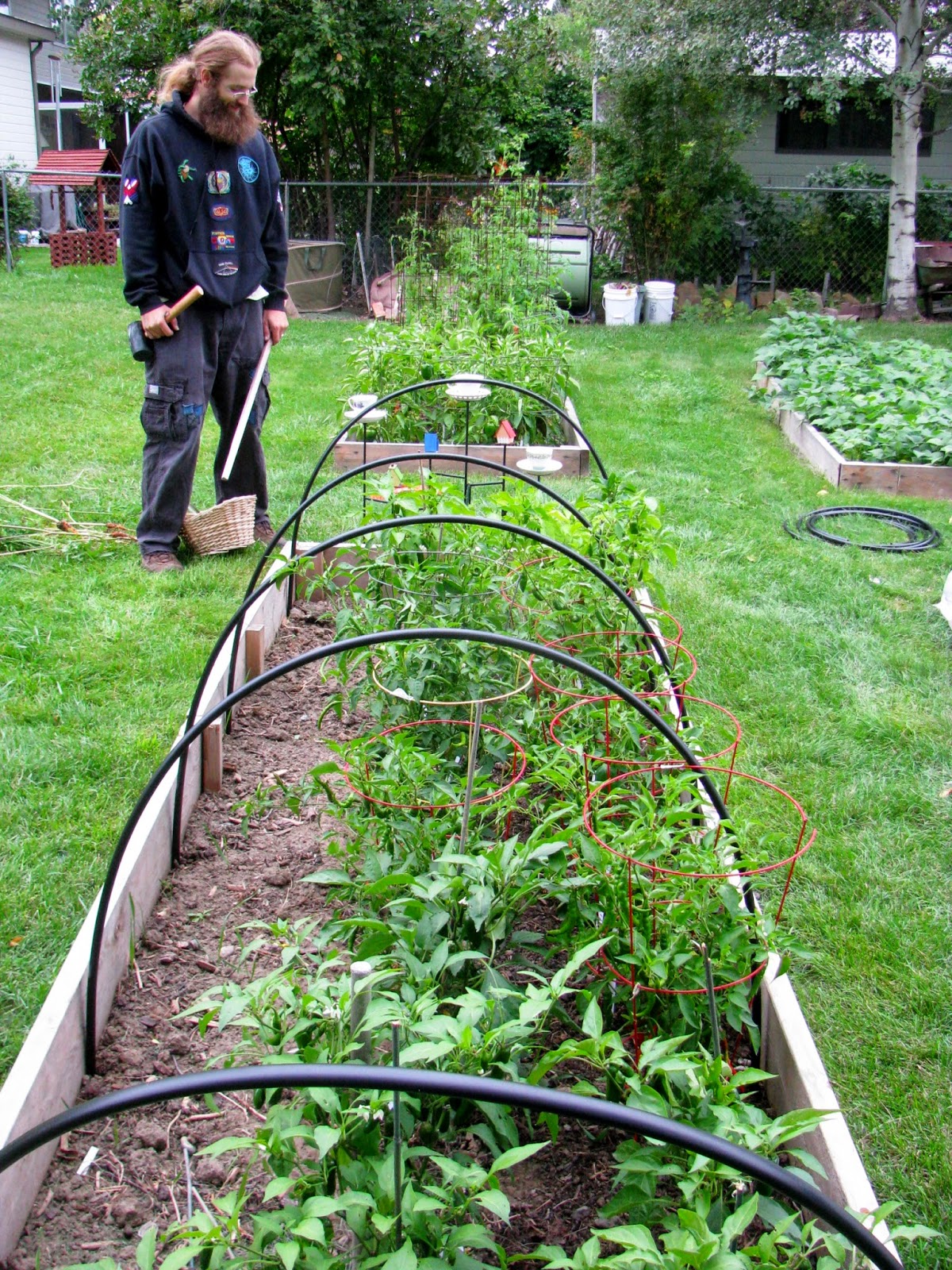 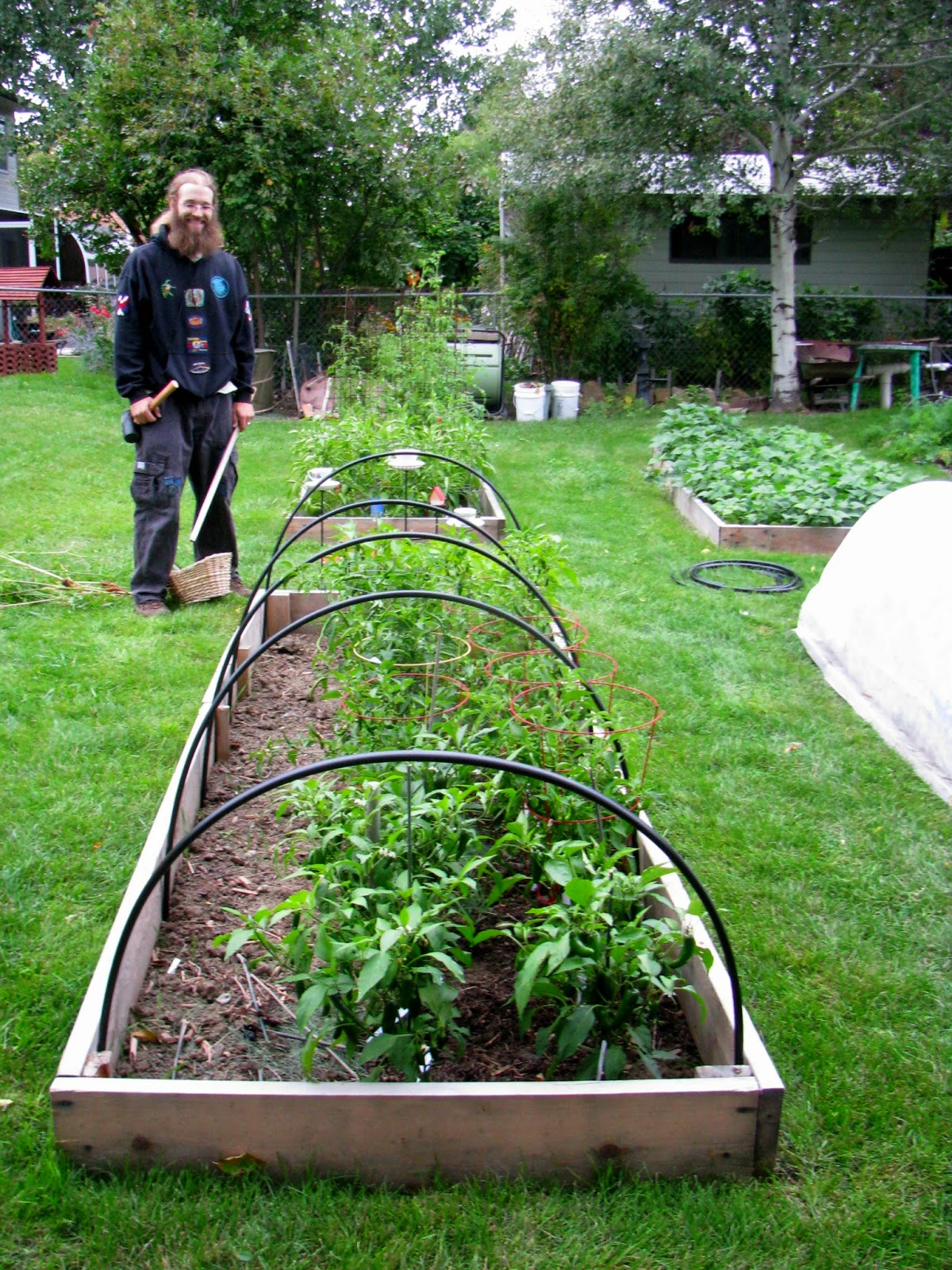 The sunflowers, cucumbers, and corn (along with more hearty veg like rutabagas, carrots, potatoes, etc.) were left to the their own devices.  I did cut a few sunflowers to bring inside though...just in case the rest were black and sad by morning.  I also snipped some thyme, cucumbers, and the last of the next year's carrot seed which was still drying on the stalk. 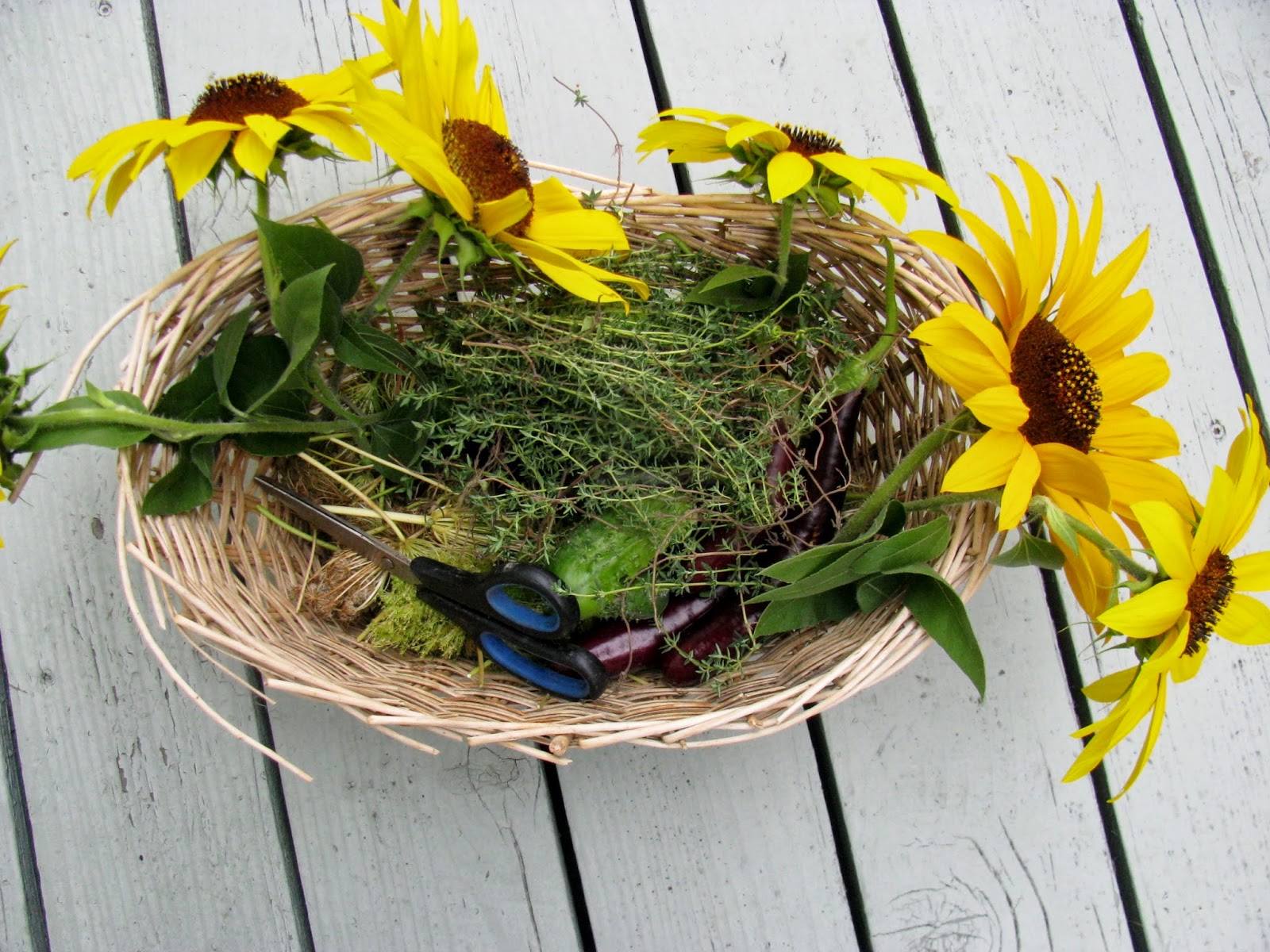 We're looking at our best pepper crop yet and we were not about to lose it.  The eggplants aren't too shabby either, but peppers are my favorite vegetable. 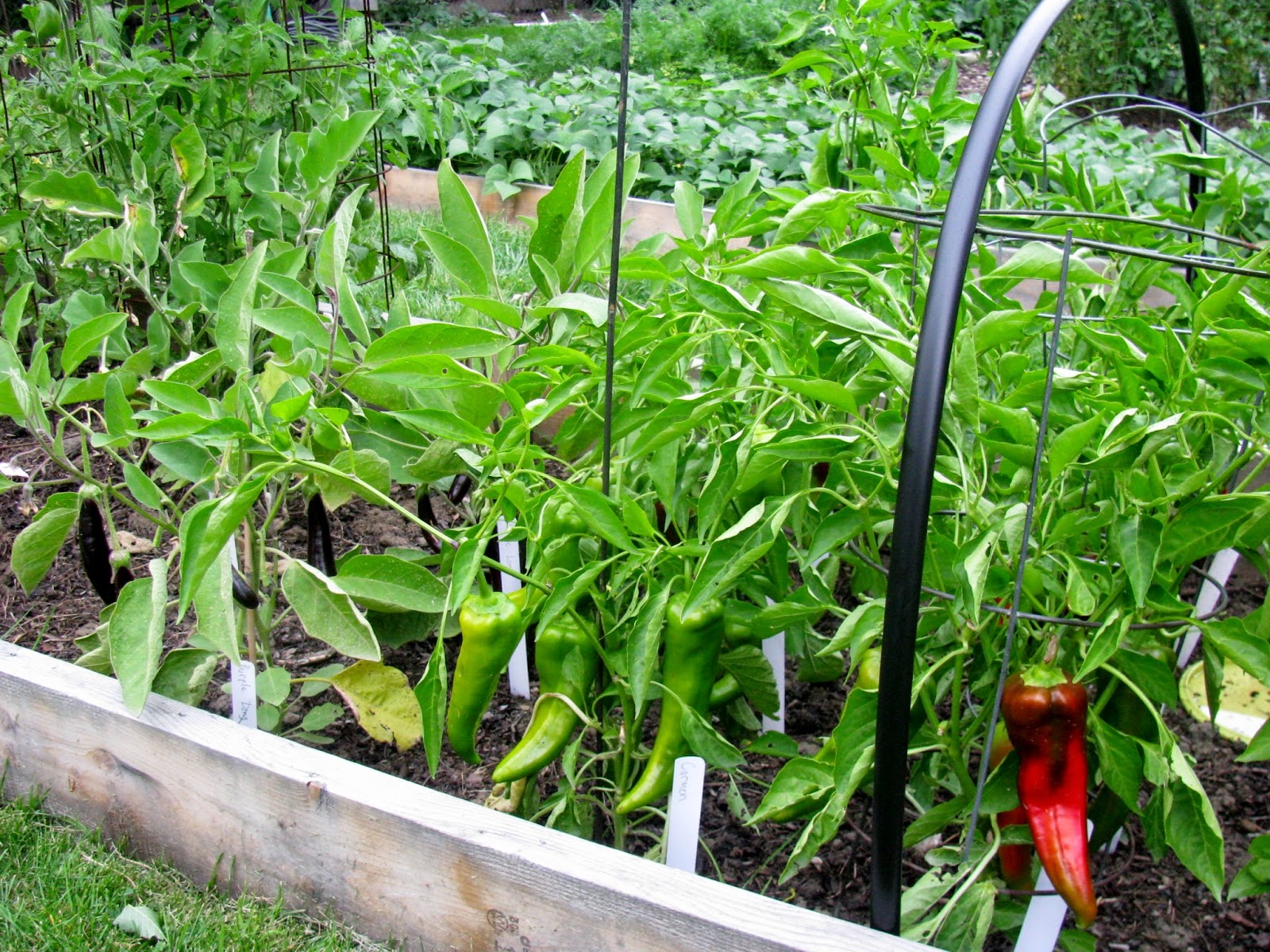 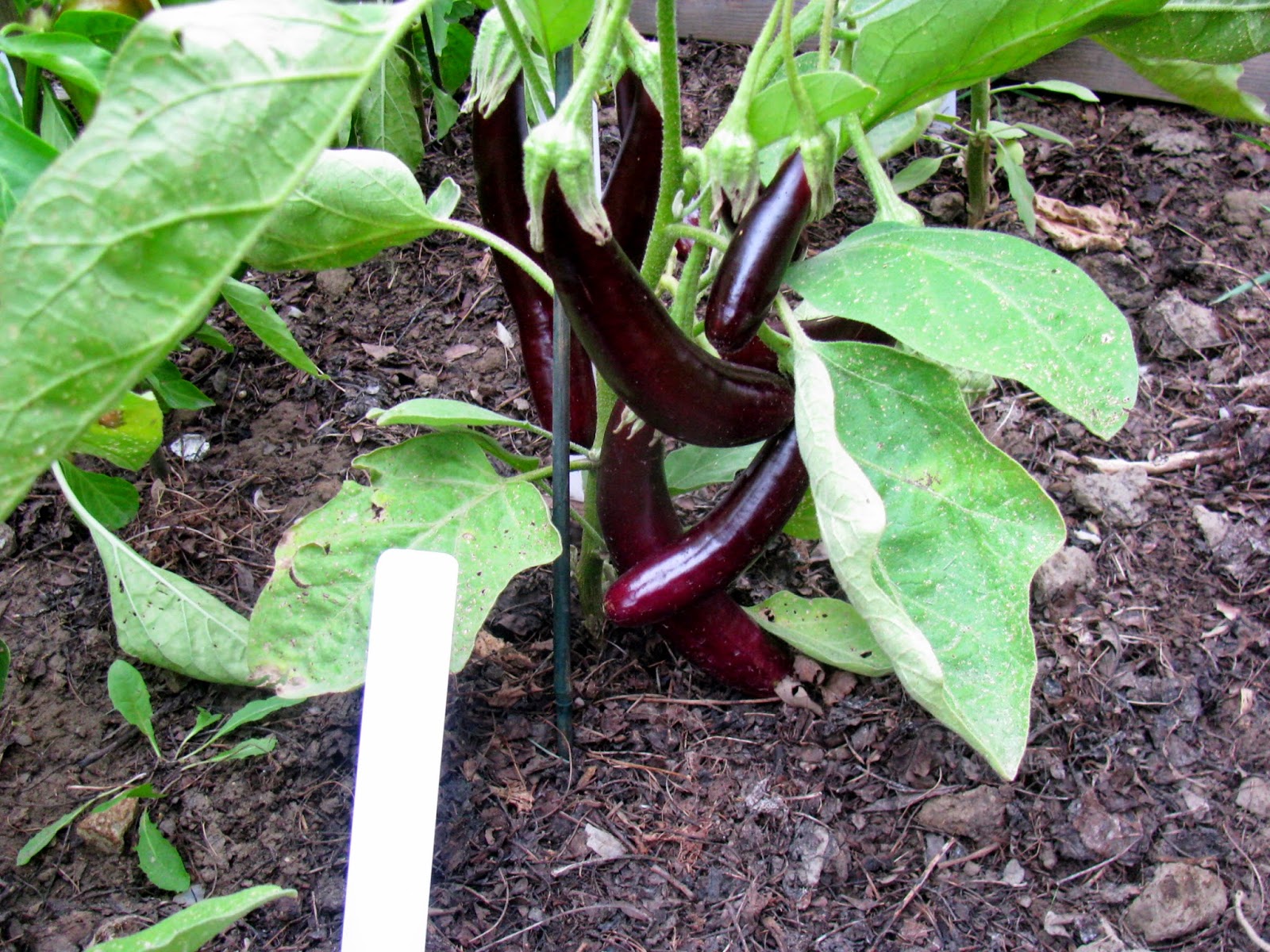 At least it didn't snow.  I'm ready for the calm and quiet of the cooler season, but not that ready. 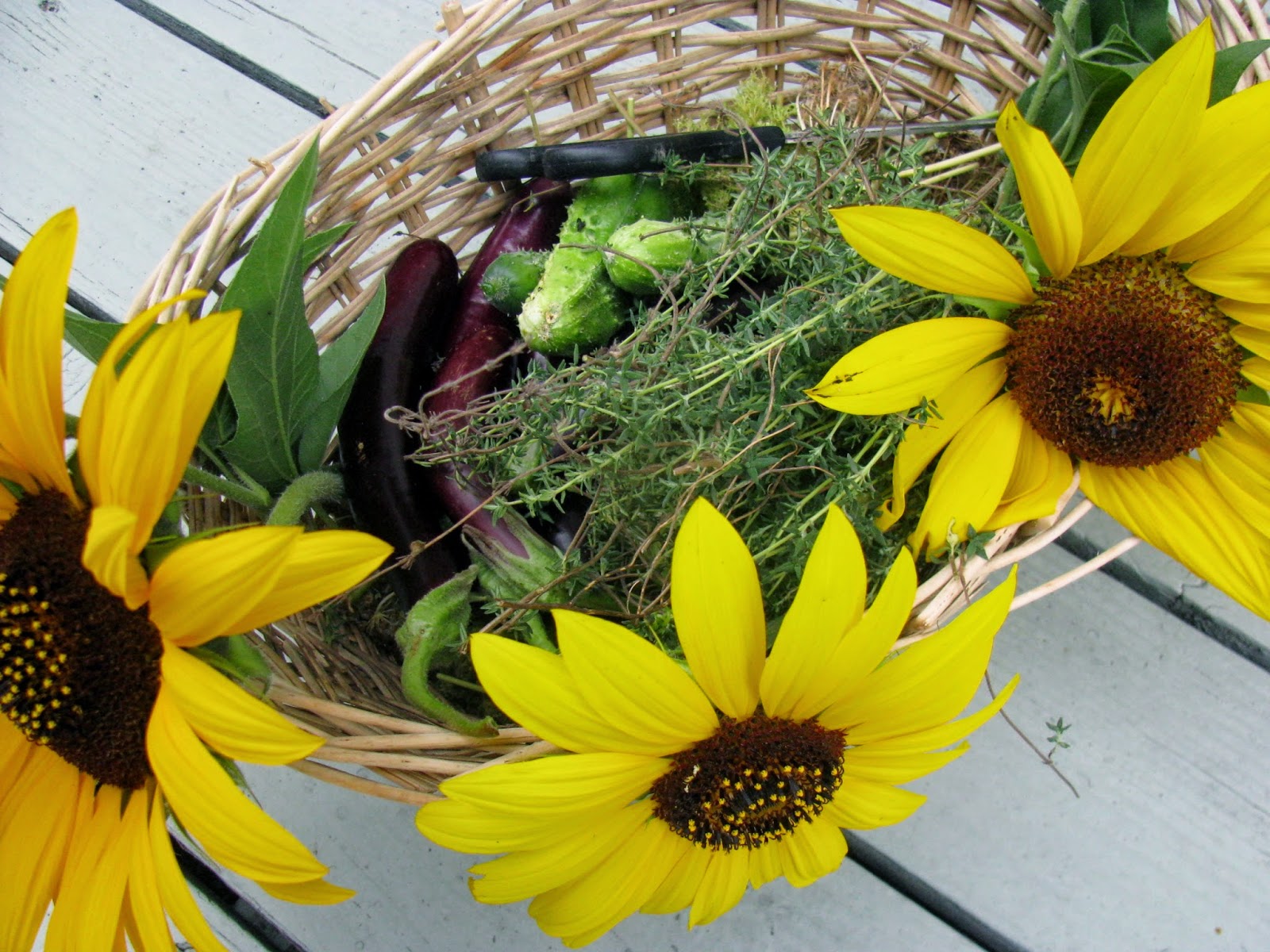