Matt was working on a stir-fry and noticed he nearly had the rainbow represented in his produce.  He lined them all up in a row on the counter as he chopped them.  There were red peppers and orange peppers, yellow zucchini and green zucchini, and a purple eggplant.  The only thing missing was blue.  He snagged the bluapple (which captures ethylene off-gassed by the vegetables so that they last longer in the fridge) and the color spectrum was complete.  He was pleased.  It was a darn good meal, too, not to mention a very pretty one! 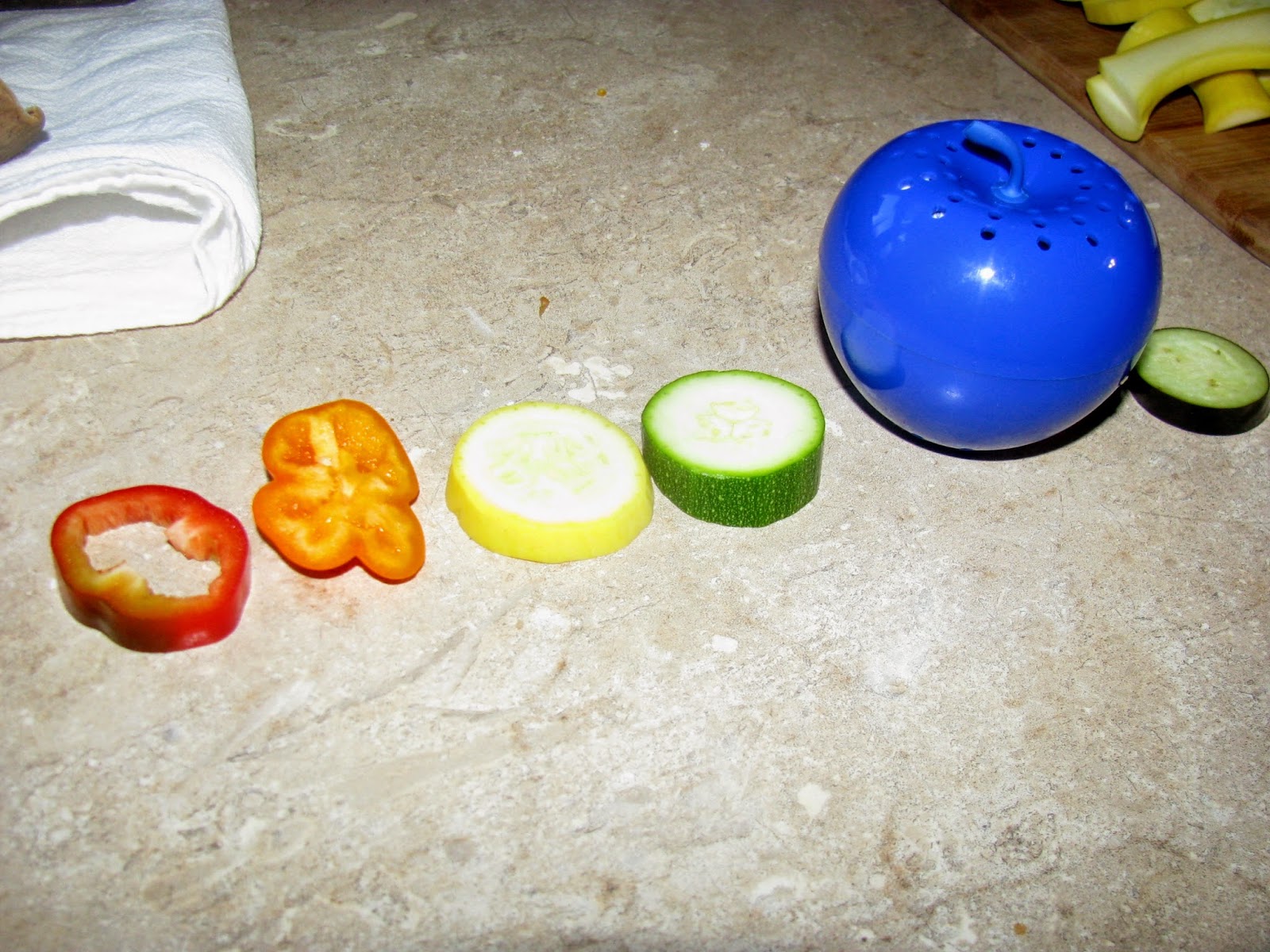