An Owl, Some Mule, and Milestones 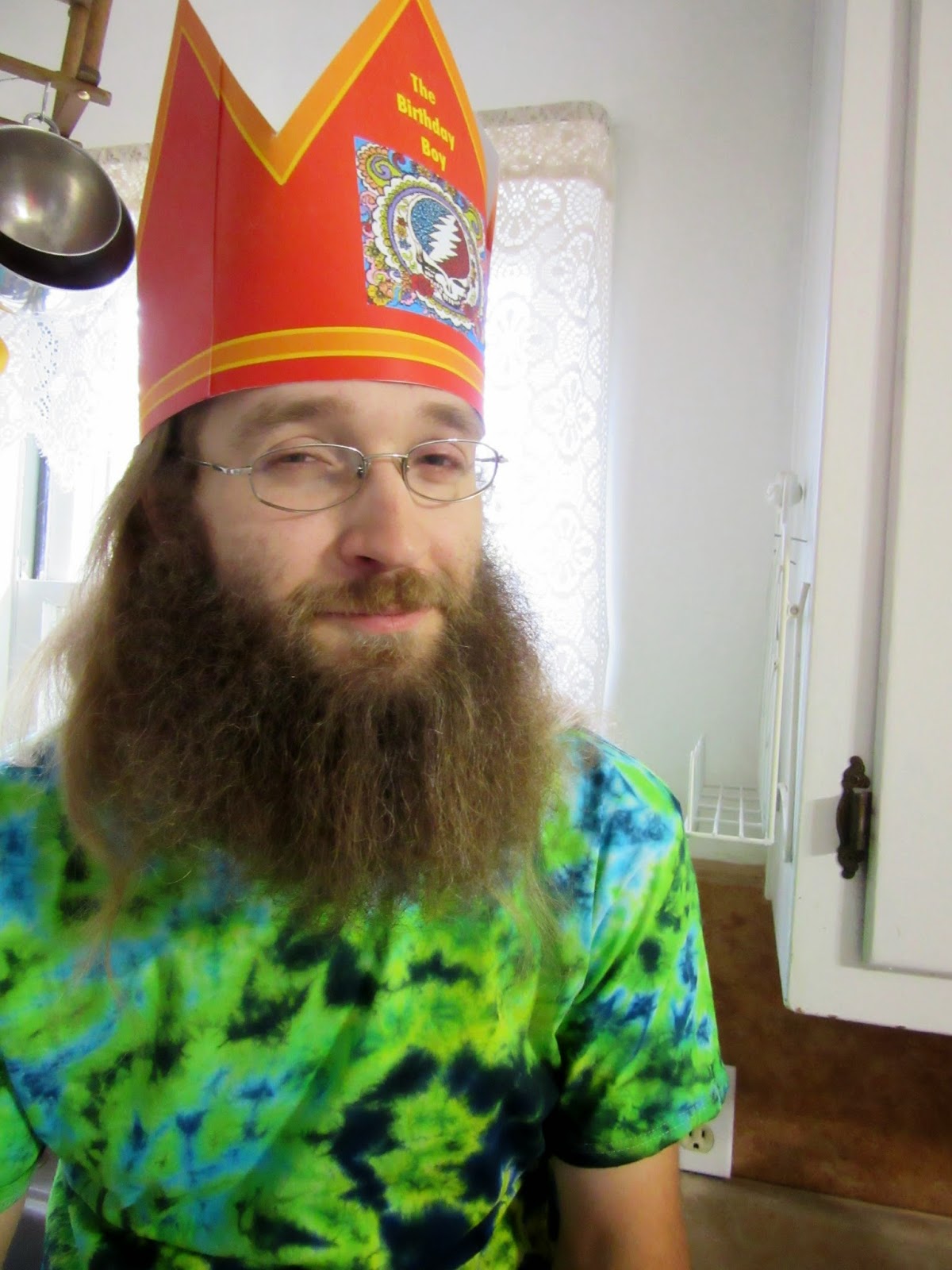 It was Matt's birthday on Friday.  After he had drifted off to sleep on Thursday I set up a little spider web of yarn in the living room.  It was challenging laying there waiting for his deep, rhythmic sleeping breaths without falling asleep myself!  I got up quietly and spent a half hour stringing the yarn around door knobs, table legs, and a few fancy bottles of beers which Matt had picked out--at my request--for his birthday.  When he got up on Friday morning Matt had to wind the twisting, turning, back and forth string of yarn in order to liberate his birthday beers--and gain access to the rest of the house, too, for that matter.  Ginger thought both the set up and the tear down were fabulous games.  I'm pretty sure she thinks I constructed the whole thing just for her amusement. 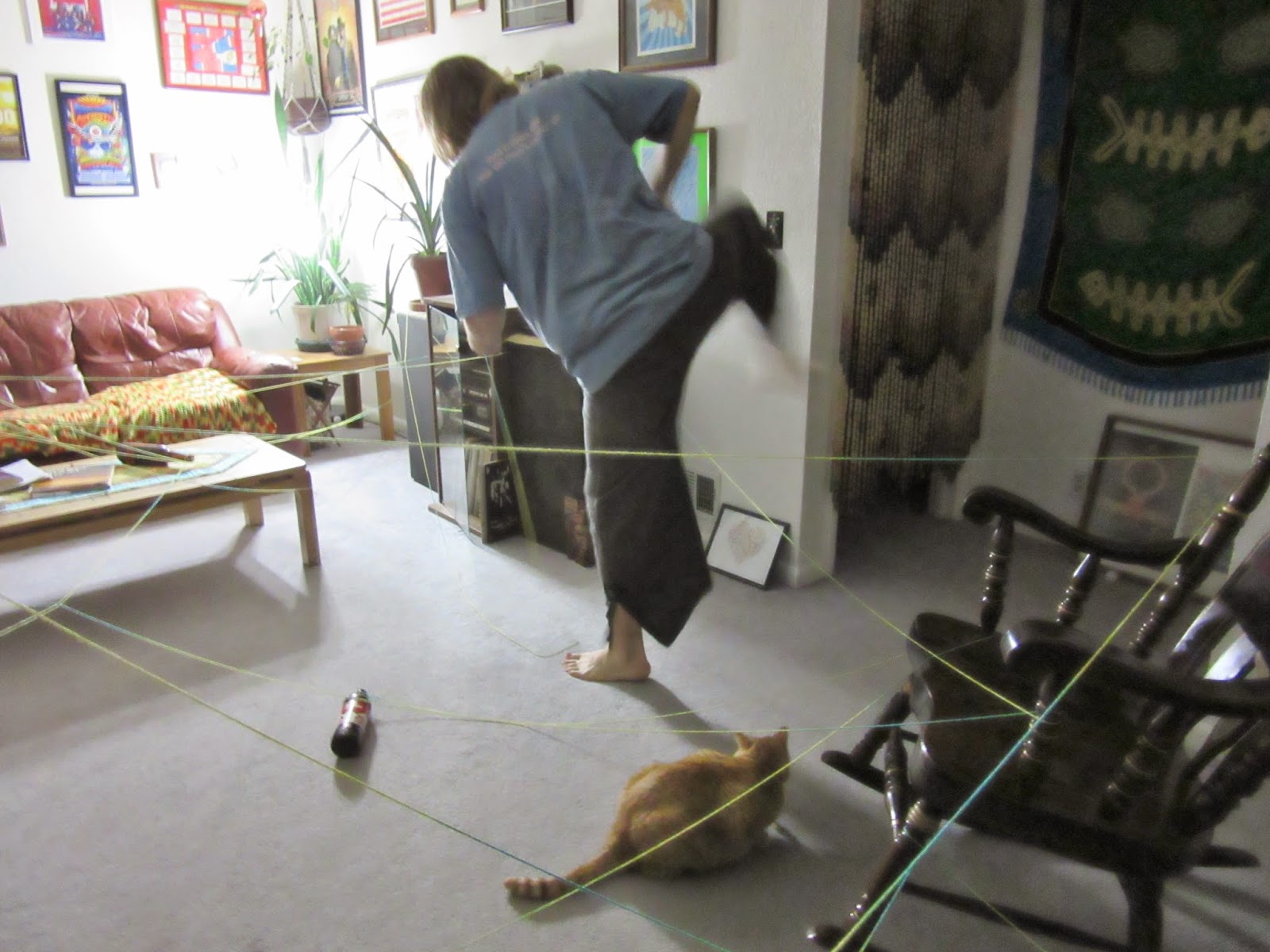 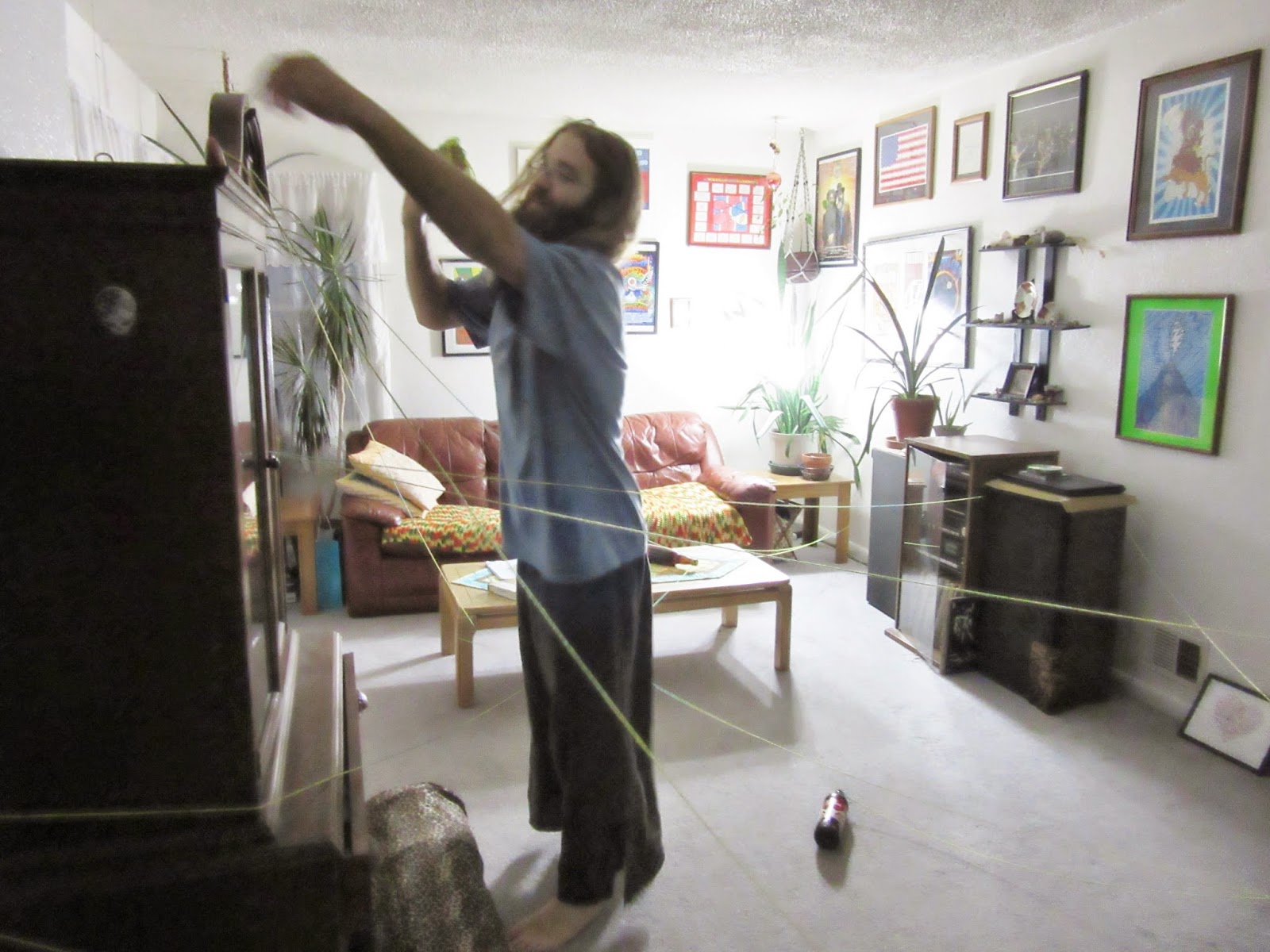 Matt had two presents to open with the dawn of his birthday.  Both were pieces of art!  I guess my dad and I both know how much Matt admires beautiful works of craftsmanship like that.  My dad sent him an original piece by one of his friends, Tom Chvilicek.  At first we thought it was an owl facing forward.  Then we saw it as two birds facing each other.  Apparently the same thing happened to my dad when he picked it out.  Matt and I both really enjoy Tom's style of art.  Its very bold, bright, and geometrically abstract.  I have a Chvilicek eagle in my office, which was also a gift from my dad. I bought Matt a piece of fabric art made by a women's cooperative in Peru.  One of the professors at the college where I work brought an exhibit of the amazing work to our campus art gallery.  Finding myself, just days before Matt's birthday, with no real gift in mind for him I thought it was quite perfect timing.  Each part is hand cut--with no stencils--and hand sewn.  Other than the blue sky all fabric is bought as bulk scraps.  The women had crafted some amazing and widely varying scenes.  It was hard to pick which one was just right for Matt, but in the end all the vegetables made this one win out over the others. 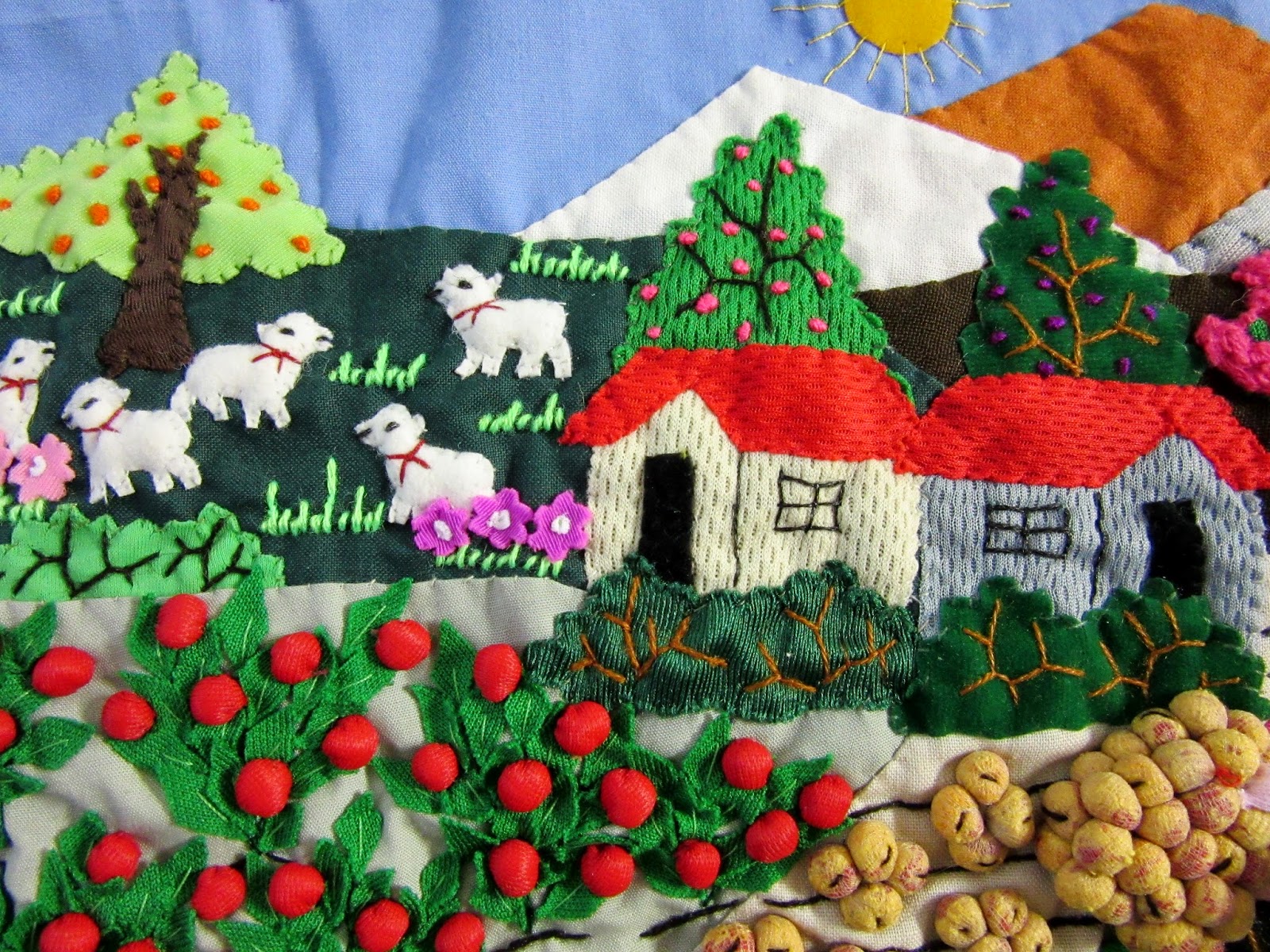 We had enchiladas for dinner at Matt's request.  We invited his brother, Ryan, and his wife, Bek, over to have supper, too.  Our dear friend, Derek, came and joined us a little while later. 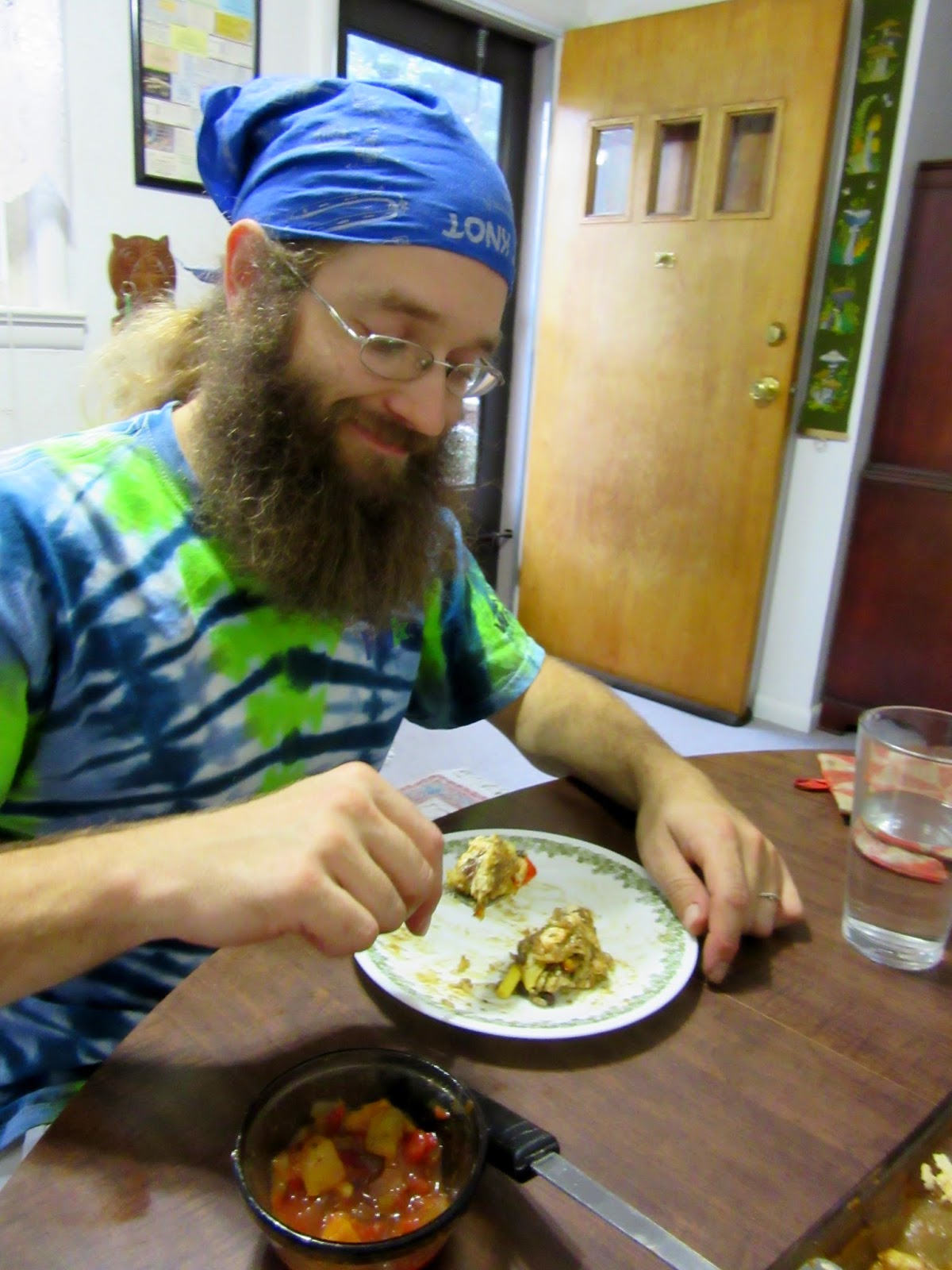 Then the five of us journeyed downtown for a Gov't Mule concert at one of the local theaters.  Every show I attend at the Babcock Theatre makes me want to have more!  It’s a lovely  theater with sculpted gold moldings and that certain indescribable coolness that is found in older theaters.  It is also still small enough to provide for a pleasant viewing and listening experience from pretty much every part of it.  In fact I spent part of Gov’t Mule in the balcony and part in the third row at floor level, but the bulk of it was with the other enthusiastic dancers in the pit between the stage and row one.  Matt and Derek stayed in the pit the whole time.  Ryan and Bek found our assigned seats in the balcony.  Our other friends were scattered throughout the whole theater.  It was pretty great. 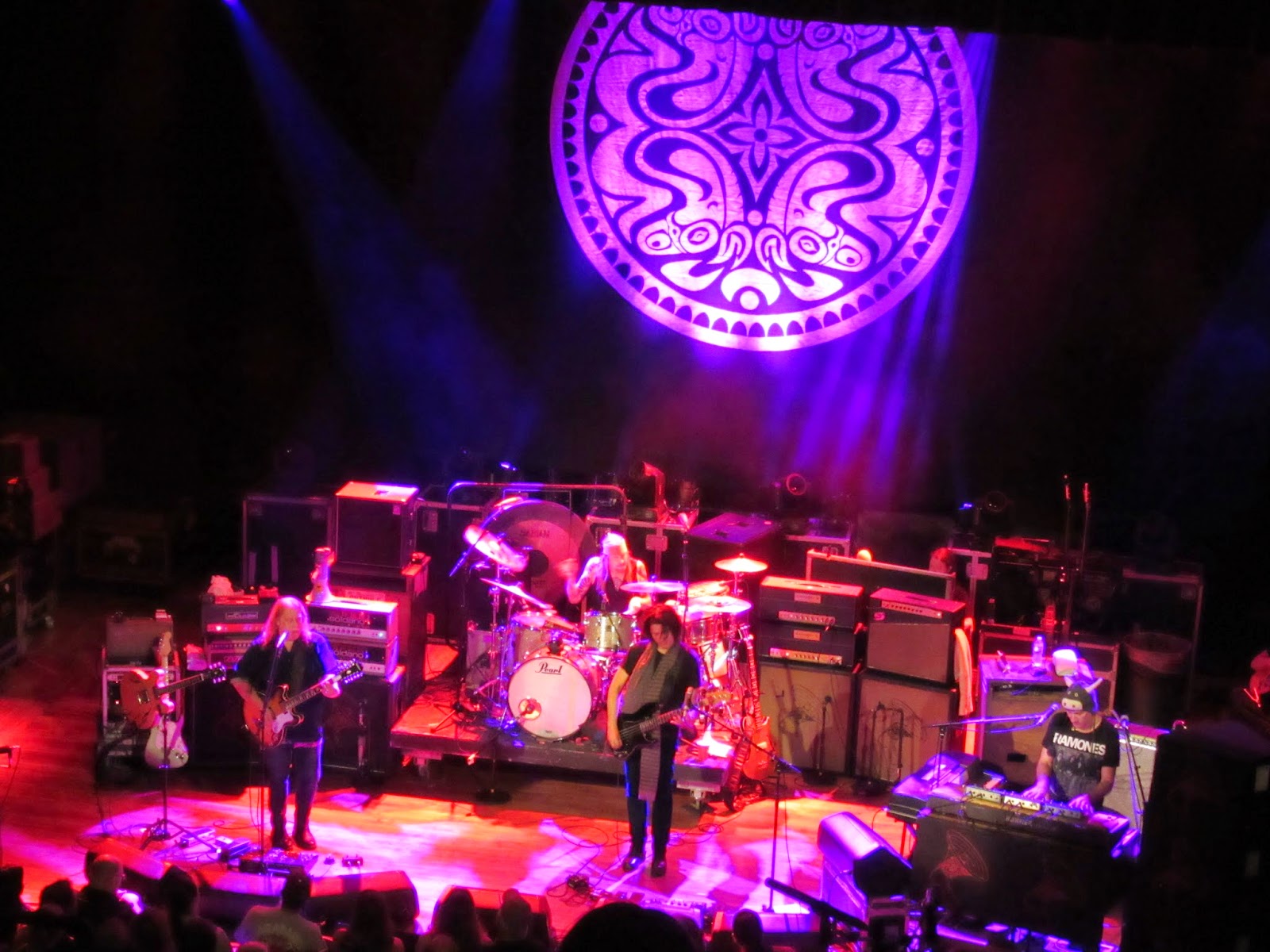 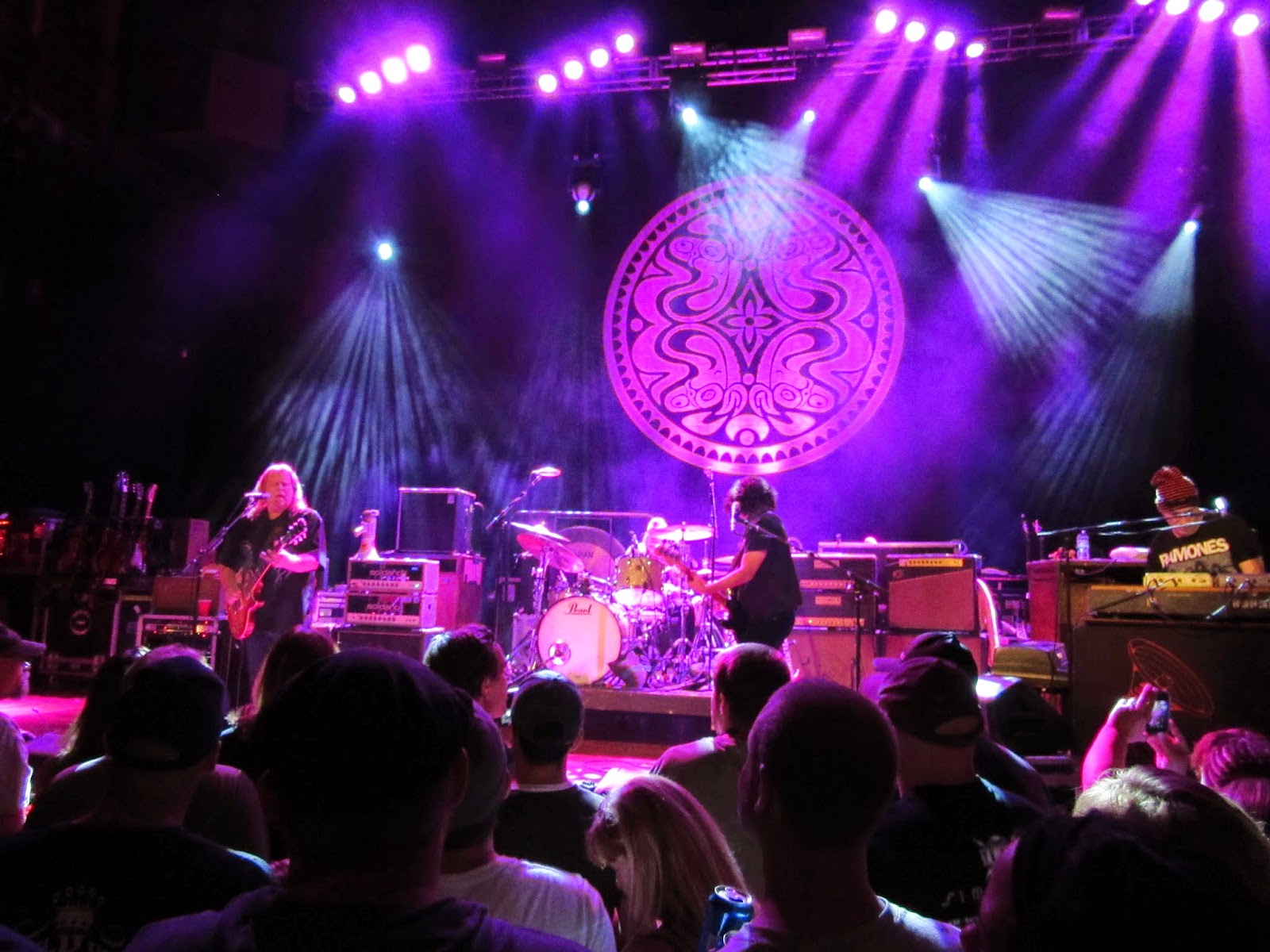 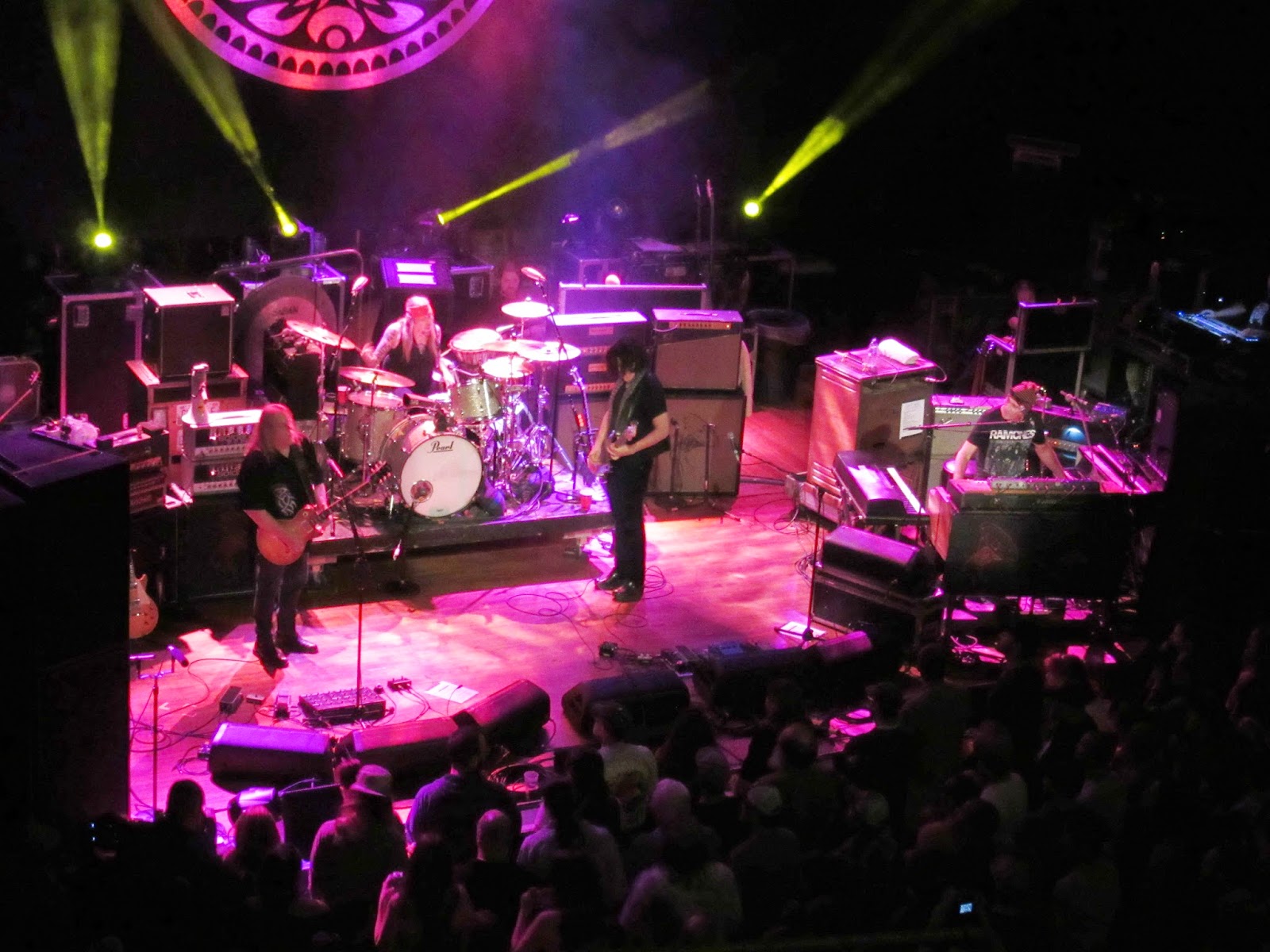 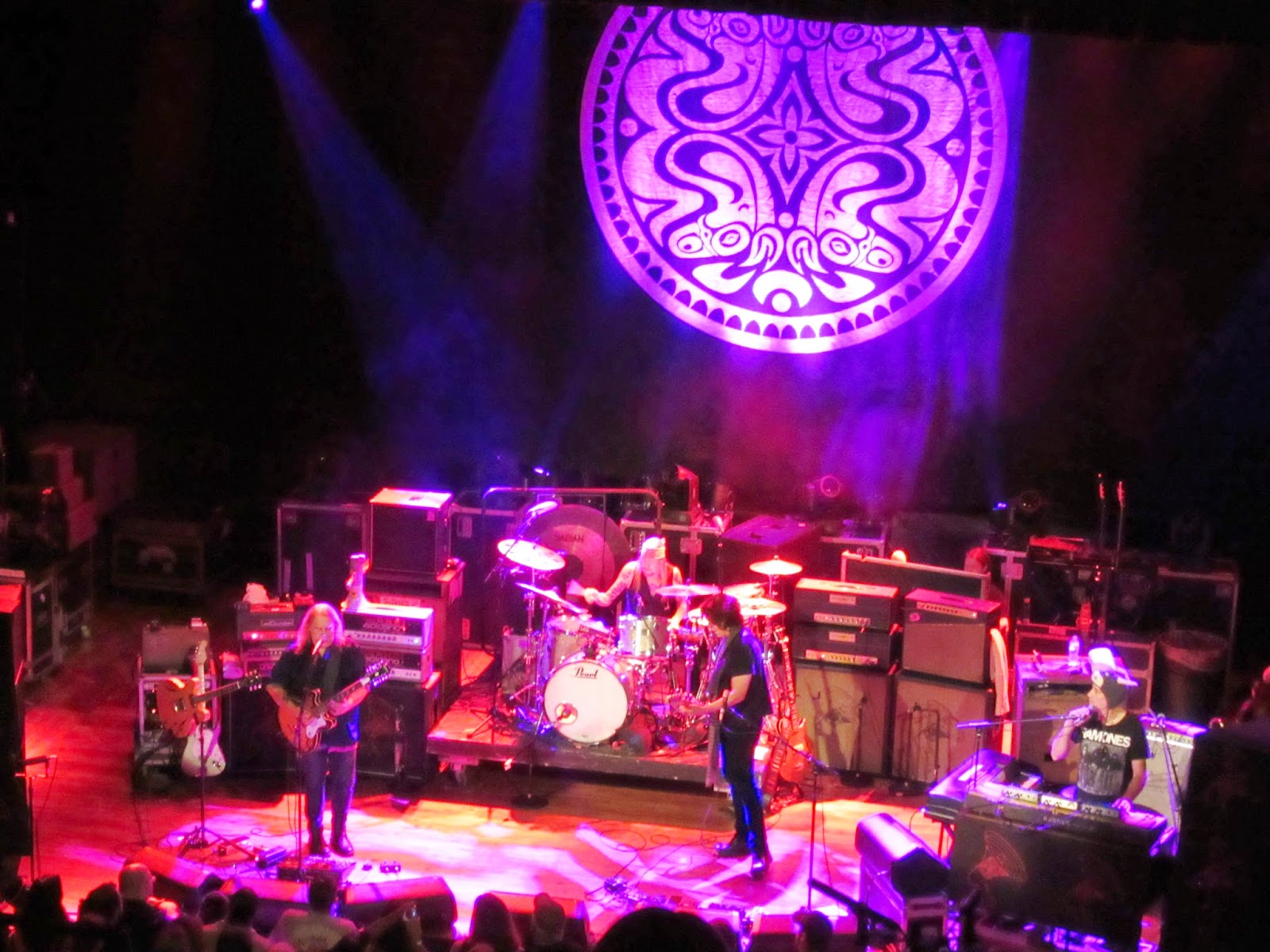 Having a superb concert fall on his birthday seemed quite the happy gift for Matt.  And then it got even better when just before we left for the concert we had a close encounter with a great horned owl!!  It was perched in our neighbor’s tree being thoroughly harassed by a flock of very noisy crows. Great horned owls are one of the crows most fearsome predators so they gang up on the owls in an effort to drive them away.  Ultimately the pesky crows indeed drove the owl to take wing, swooping low over our heads.  It made Matt and Ryan involuntarily duck it was so low.  We could look right into its glowing, dark eyes.  Thank you universe.  A birthday owl!  And we hardly ever see owls, for all our birding. 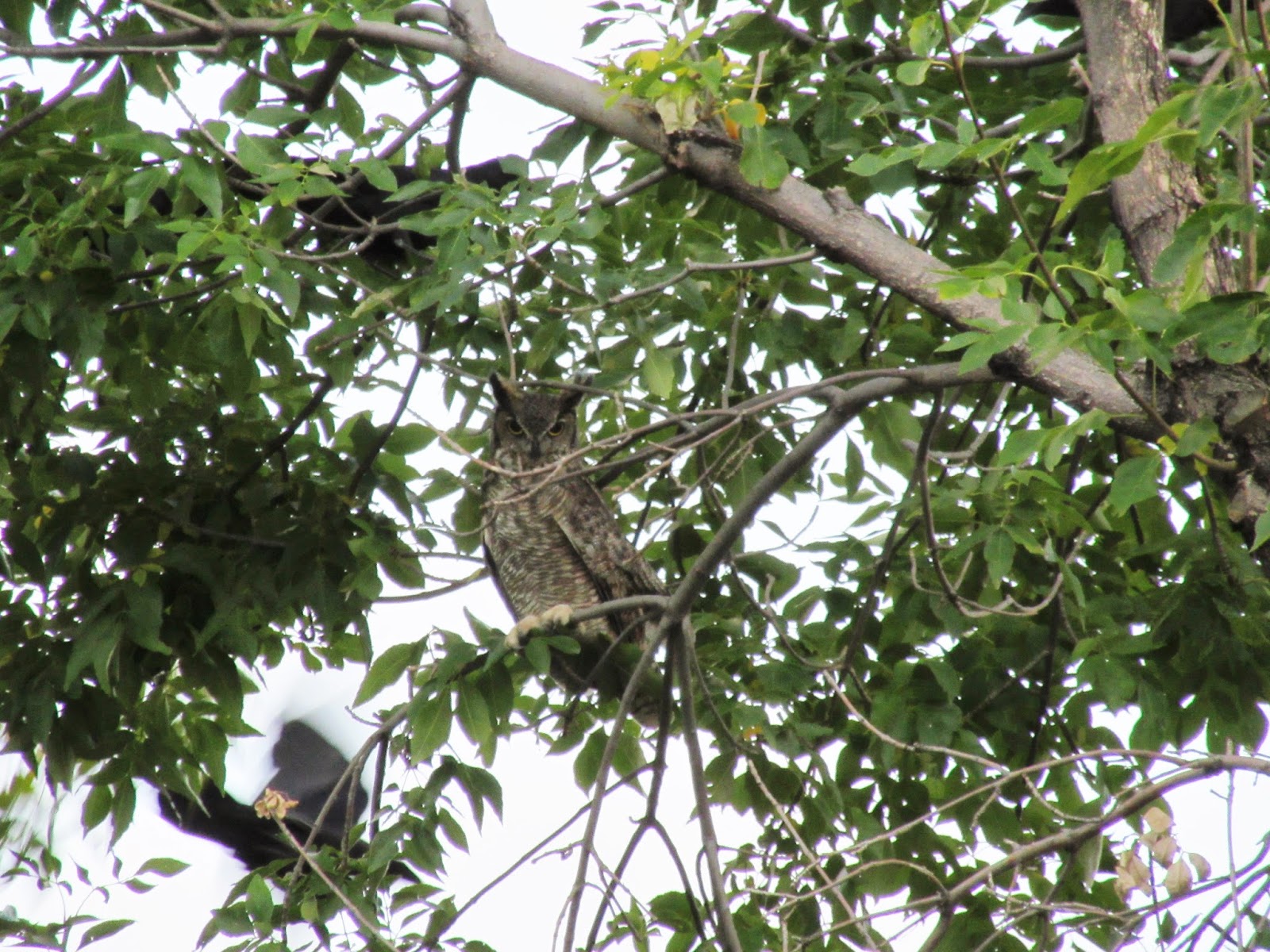 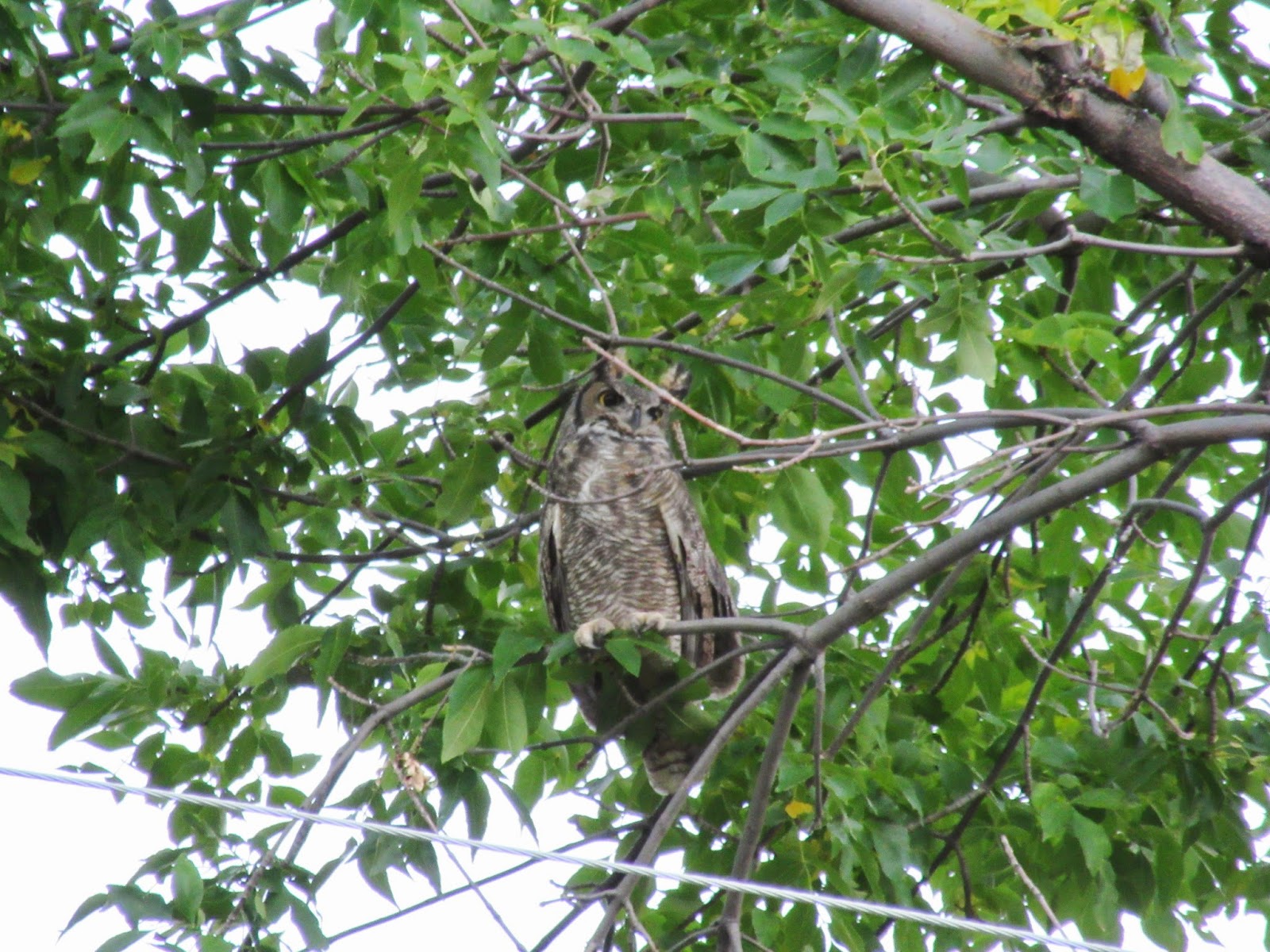 Matt seemed to have a really great birthday.  We came home from the concert in very high spirits and had cake with Ryan and Bek.  In fact, when we were making preparations for the a little dinner party the next day Matt told me that he’d already had such a great birthday that he didn't even really need a birthday party.  That it was just icing on the cake, as it were.  Birthday pun intended. 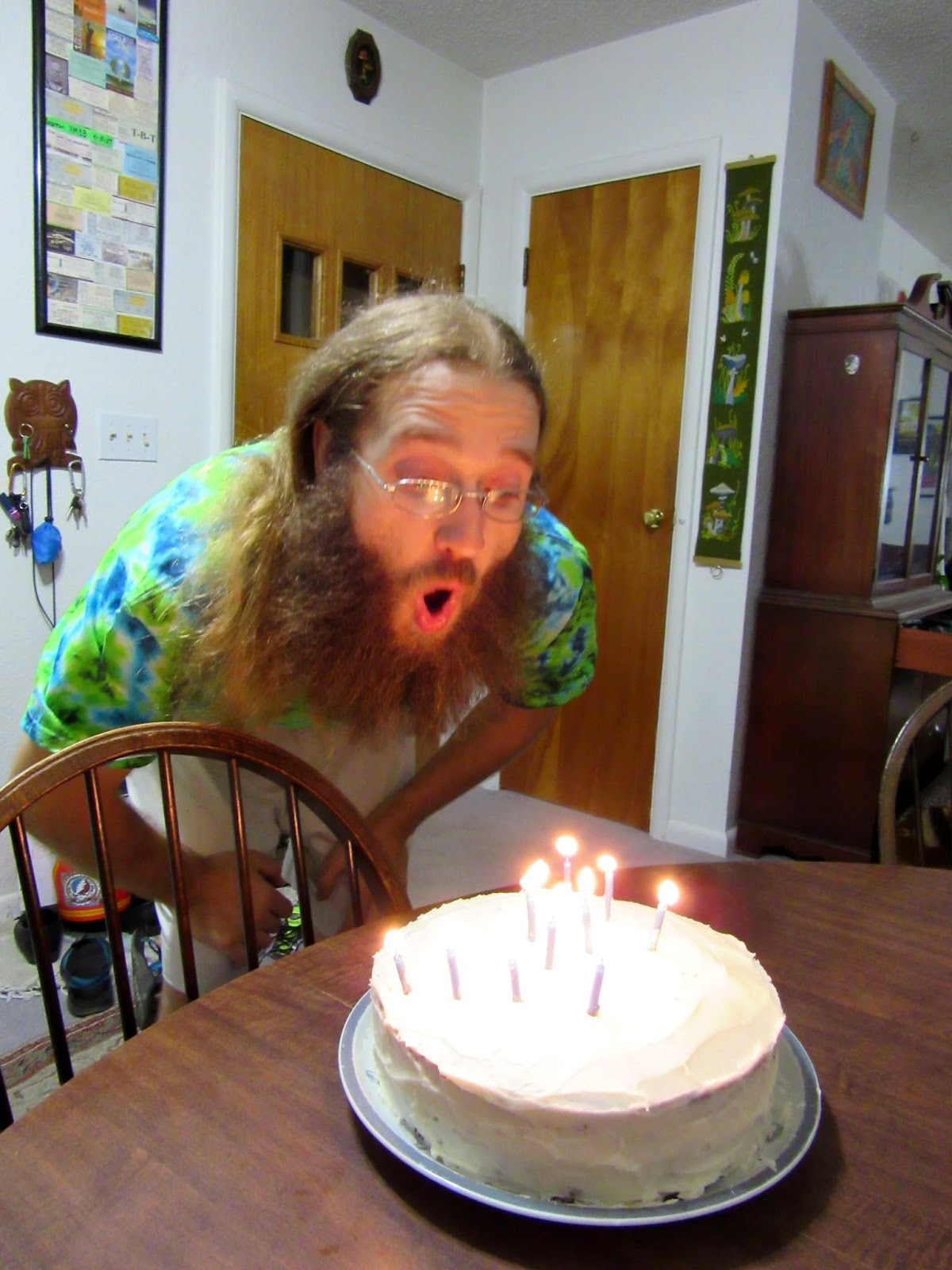 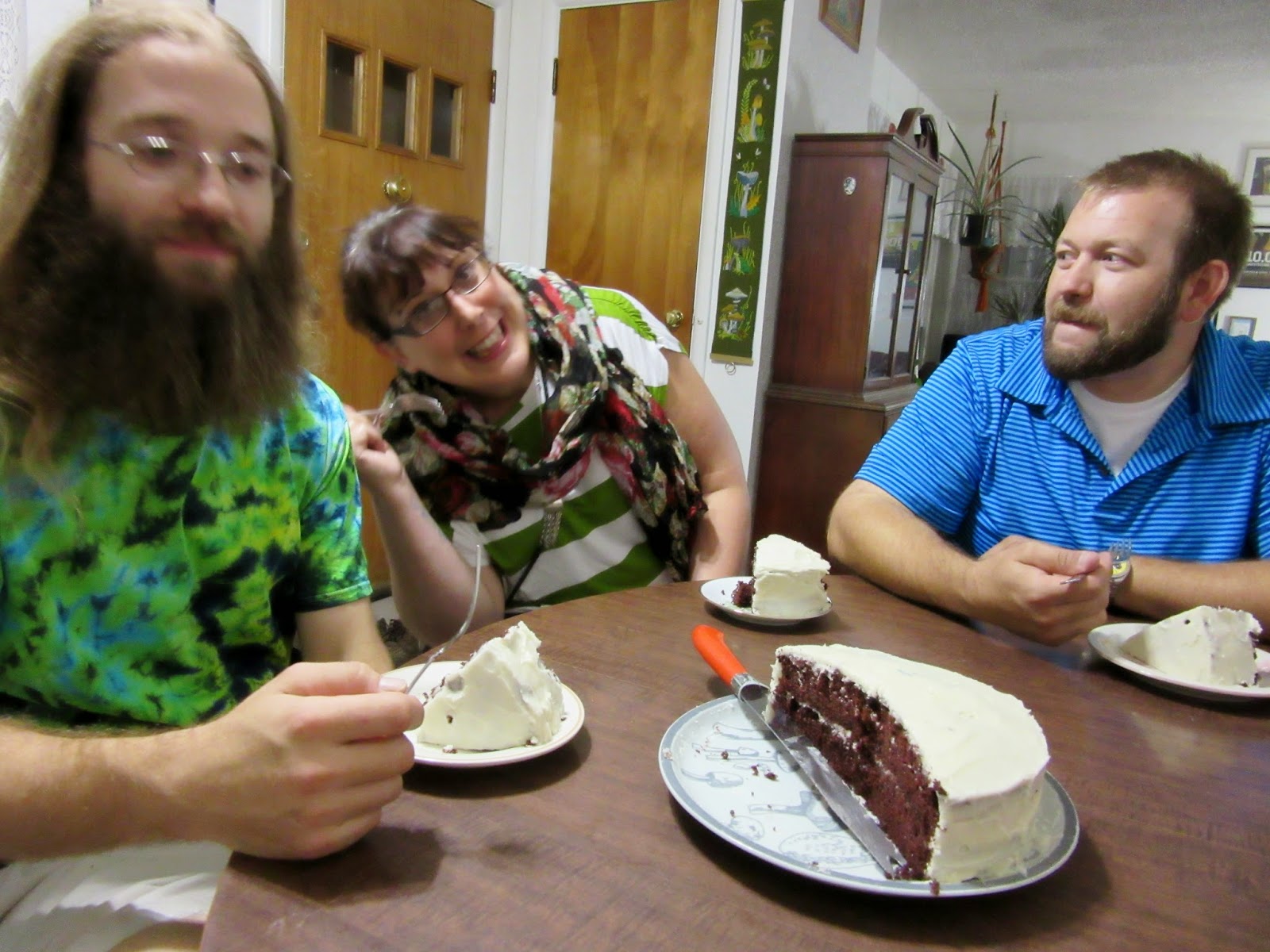 But, the Saturday gathering was more than just a birthday party.  It was also our quarterly celebration of the seasonal passage of time.  While technically the autumnal equinox was this past Tuesday we thought it would be more feasible to host a dinner party for our friends on the weekend.  We had half a dozen happy folks over for a simple meal of mostly homegrown fare.  We cooked up some chili with a variety of tomatoes, Carmen and jalapeno peppers, onions, leeks, garlic, and beans, the last two being the only exceptions to the homegrown origins.  Matt also made sourdough--including sourdough flatbreads cooked on the grill.  We played Apples to Apples around the fire in the waning light of Saturday with a new birthday bunting flapping in the breeze overhead. 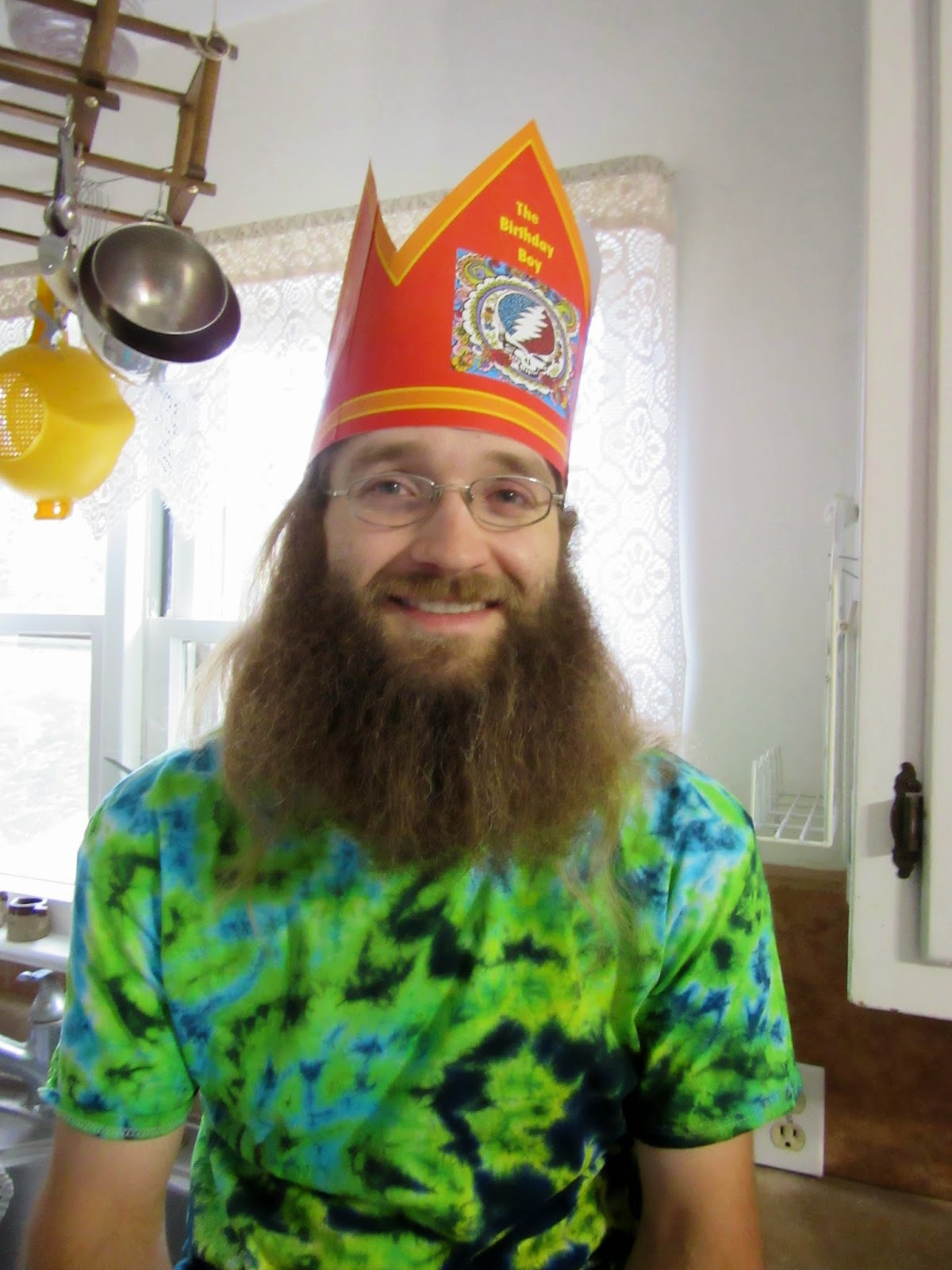 Games around a fire with friends and a full belly.  What a keen way to celebrate these annual milestones. 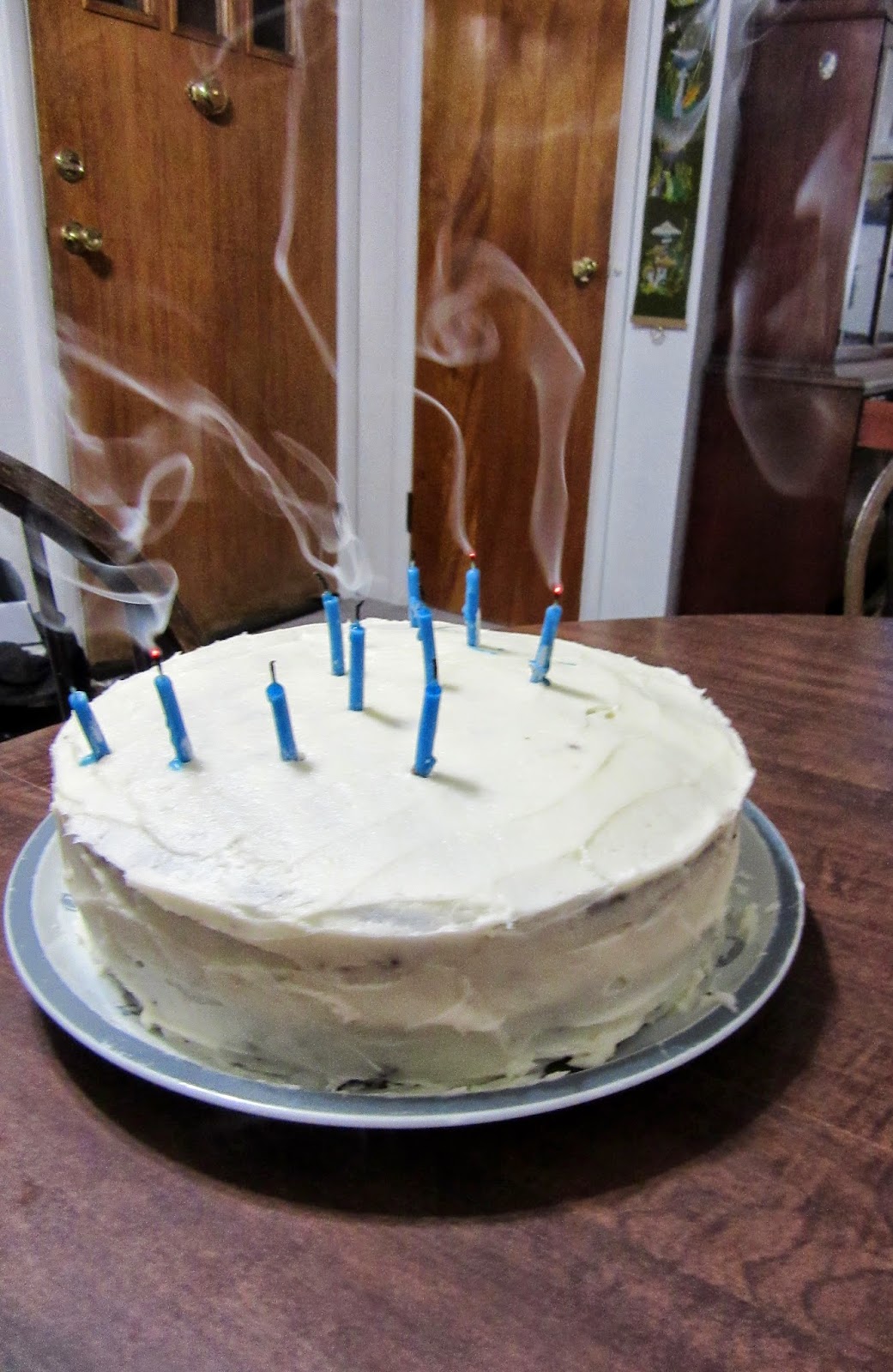