I went to ZooMontana over the weekend with a couple of friends who were in town visiting.  I hadn't been in a while and it was a nice sunny day(though a bit windy!) for a stroll. 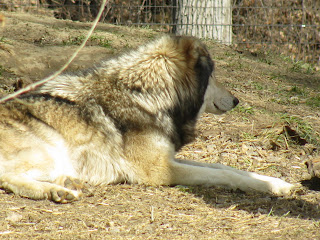 The animals were all super active today as it was fairly cool.  I have found that in the heat of the day they tend more to laying the shade.  That is what I prefer to do on hot, sunny days too, so I can hardly blame them.  Still, it is a lot less amusing for the viewer. 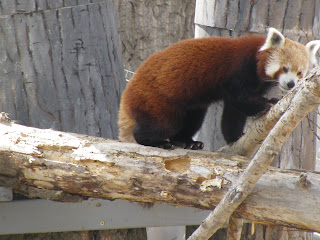 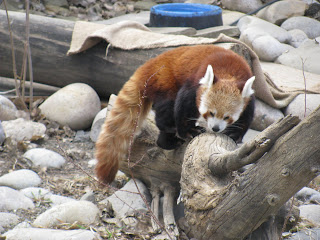 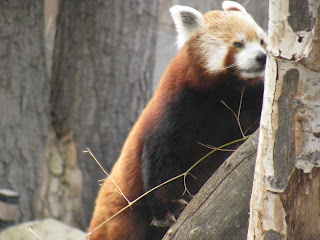 The bear was having a heyday of a time with a log.  It was quite comical.  After he lost interest he ambled off and it started a discussion on how grizzlies seem like they are so slow and clumsy.  Almost clown-like.  It is startling to think they can run so fast when they charge.  I've never seen a grizzly in the wild...and I am okay with that.   That cute and fuzzy act doesn't fool me!  : ) 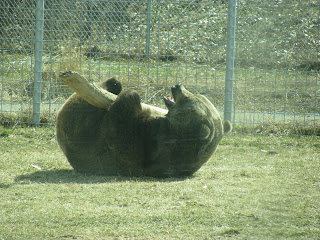 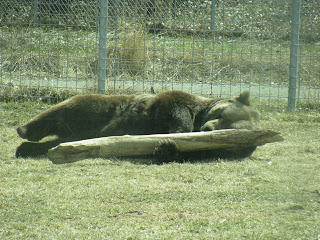 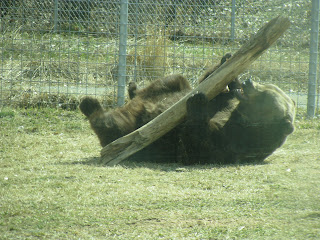 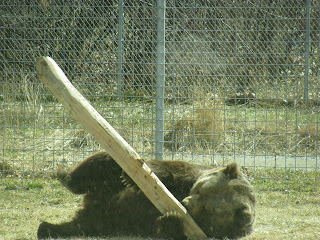 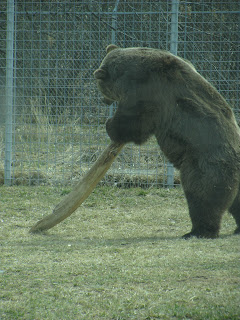 Even the wolverine was out and about romping around her exhibit, climbing trees and sniffing everything.  Matt was a tad envious when I was telling him about our visit.  He says the wolverine has never really "come out to play" in all the times he visited the zoo.  (I did an internship there during 2007 so we were at the zoo quite regularly that summer).   She is a beautiful creature.  Her hair has so many color variations from deep chocolate to copper and honey. 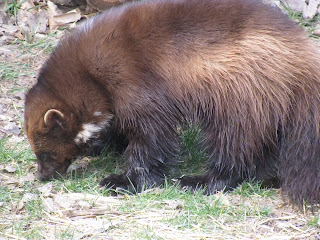 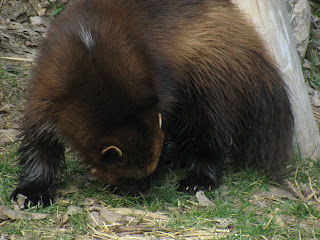 The otters were being so precious there are hardly words.  They are so sleek and pointy and agile.  They also have some of the smelliest #2 I've ever encountered.  (Tigers would take the cake for smelliest #1).  That is a zoo intern sidebar though.  Alli and J.D. seemed to enjoy my little "tour" with tidbits of ZooMontana trivia throw in.  I was especially glad I could act as tour guide since I brought my wallet, but not my debit card, so I had no money to pay my way in and J.D was forced to pick up the tab for me.  At $6.25 though I think ZooMontana is cheap compared to many zoos.  Still, I felt like a bum. 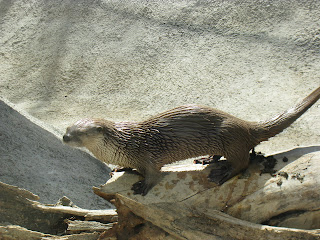 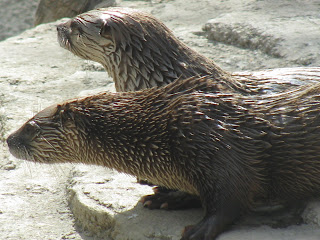 A lot of things have certainly changed around the zoo since 2007.  I had so many questions I would have loved to ask, but I never saw a zoo keeper while I was there so I still don't know.  What happened to the big horn sheep? (the golden eagle was inhabiting their exhibit alone)  Or the Wyoming toads?  Where did the new wolves come from and why are they so white?  Why are both tigers on exhibit together now?  (They used to alternate days)  I might ask Mihail who was a keeper until somewhat recently.  Maybe he knows.  The background information really enriches the experience in my opinion.  I used to know a lot about the individual animals, but now there are so many new ones! 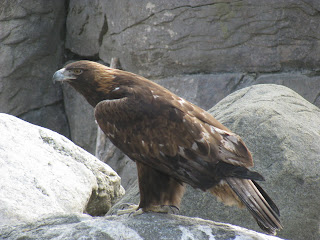 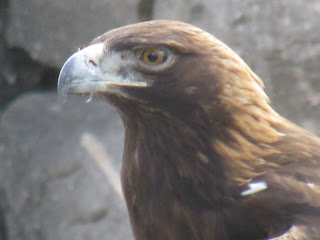 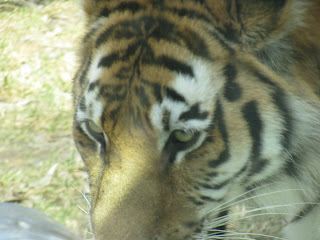 It was Alli's and J.D.'s first ZooMontana experience and they picked just a super day to come check it out.    It is almost like the zoo animals were as eager for springtime fun as we were. 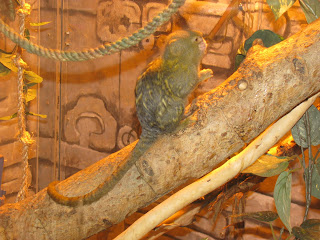 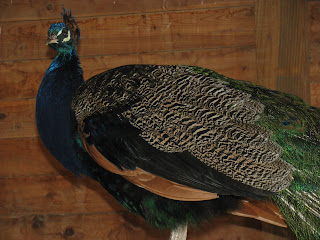