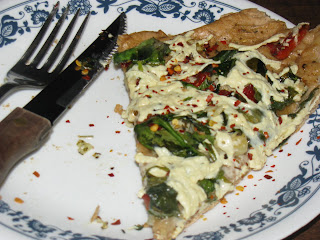 
Before I met Matt I had only ever made one homemade pizza, that I recall.  I frequently turned to Pizza Hut, Little Caesars, and frozen pizzas though.  So, imagine my surprise and delight to learn that pizza is actually one of the easiest meals to make.  And, as with most homemade versions, is much healthier and tastier than the store-bought variety. 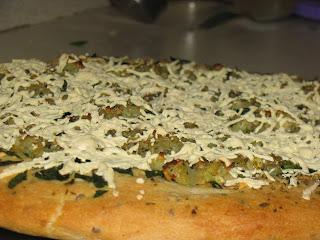 I also am a huge fan of the endless possibilities of pizza.  You can also use whatever you have one hand if you are willing to think outside of the box (no pun intended) about what sort of toppings to add.  I once made a very Indian themed pizza.  It had a peanut ginger sauce instead of tomato!  Matt really enjoys white pizzas where the sauce is olive oil and roasted garlic. 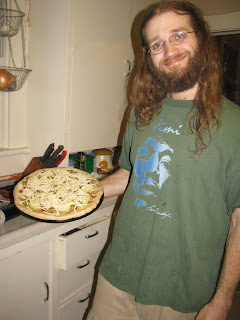 I have the strong suspicion that anything you like you will like on a pizza be it the standards like olives and onions or some nonstandard toppings such as broccoli or beans.  Also, you don't need cheese on hand to make a pizza.  At first I thought a cheese-less pizza would certainly be lackluster, but some of the best pizzas I've made have been sans cheese. 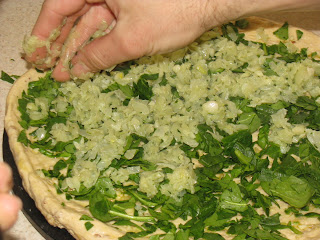 We use my so-basic-it-can-be-made-into-anything bread recipe to whip up a crust.  We have really taken a fancy to rolling it super, super thin.  It is so crisp and yummy thin.  This recipe is plenty enough dough to make a thin crust pizza as well as some bread sticks to snack on while impatiently waiting for the pizza to be done. 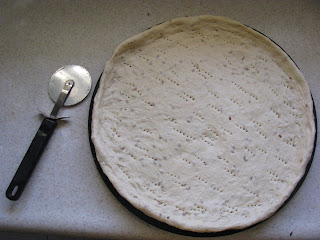 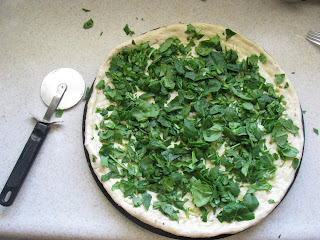 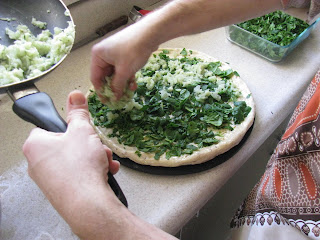 My current favorite topping is sun dried tomatoes.  I discovered it as a pizza topping not too long ago.  It pairs so nicely with roasted garlic, onion, and spinach.  We are soon going to be out of our sun-dried tomato.  Makes me even more thankful the tomato seedlings are looking so strong this year. 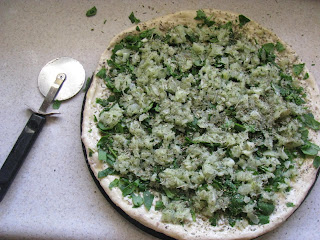 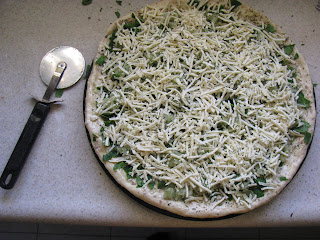 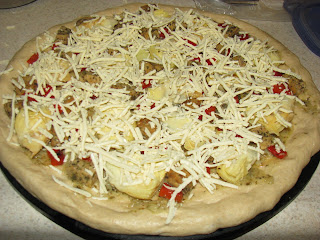 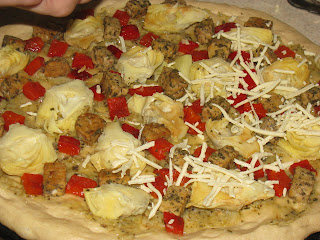