I had the opportunity to go camping with one of my best friends from high school and her husband a couple weekends ago.  We are trying to make it an annual summer tradition.  We didn't have one last year though which only made Meagan and I dead-set on making certain it happen this year.  We'd hoped a few other high school chums would be able to come again, but that wasn't meant to be this time.  Oh well, maybe next year. 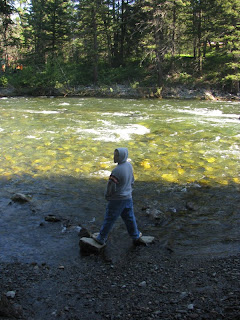 Meagan, Glenn, and I drove up to the Falls Creek campground on Friday afternoon.  Matt had to work Friday and so drove up to join us Saturday, as did a couple other folks from Billings, Josh and Sam.  Falls Creek is one of my favorite go-to campgrounds because it is a) not to far from Billings, b) FREE, c) the first place I saw a moose or a bear, d) its right along the river permitting a natural noise machine effect of the glorious rushing water to permeate the camp, and e) we've always had good birding there. 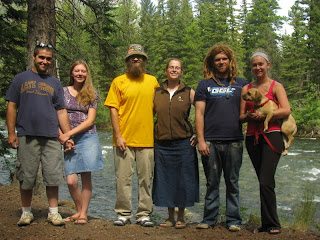 I love every single minute of being with Meagan and Glenn.  They are one of my favorite couples in the world.  They are very laid back and super kind.  They make me laugh a whole lot every time we are together.  But, since they live four hours away we do not get to see each other as much as I'd like.  That is why it is all the more important to keep up get-togethers like this camping trip.  I really missed Alli on the trip.  She is wickedly smart and funny.  She was at the original "we-should-do-this-every-year" camping trip.  Oh well, and I'll say it again in case she is reading, maybe next year! 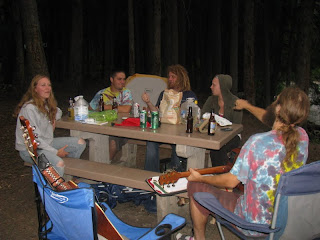 We took a short hike.  Short because, well, we lost the trail and weren't so ambitious as to bushwhack it or risk getting lost without the proper gear and maps.  It was not a very well maintained or popular trail apparently.  But, there was the stunning West Boulder to walk along and wild raspberries for the picking. 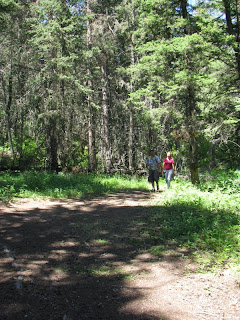 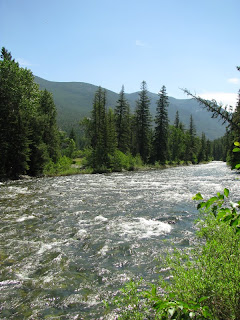 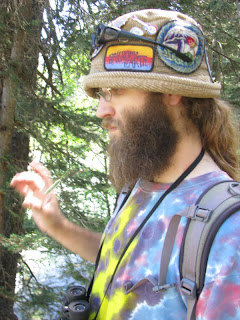 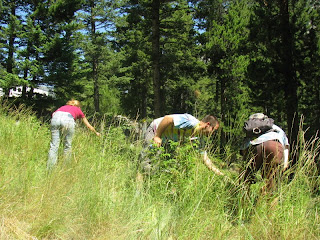 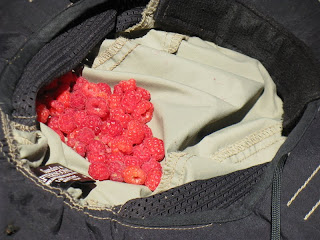 We played guitar and, naturally, played with fire....I mean built and tended a campfire.  We ate and told stories and laughed our heads off.  We sat quietly and enjoyed the deep relaxation of the mountains.  Glenn was trying to come up with a way to win the lottery so that we could just stay up there forever.  We drank beer cooled in the waters of the Boulder.  Matt and I woke early on Sunday and went bird watching spotting the striking yellow and orange of the western tanager and getting absolutely giddy about it. 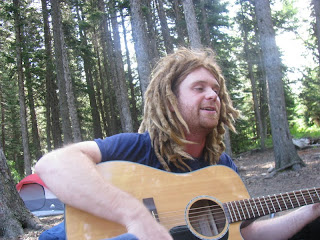 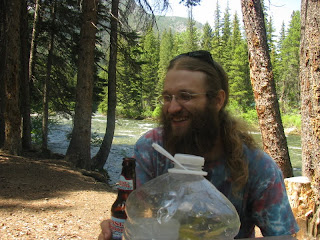 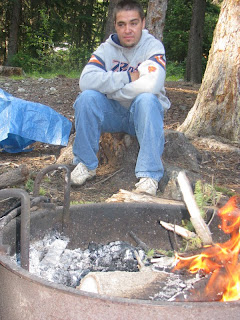 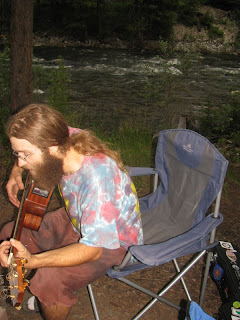 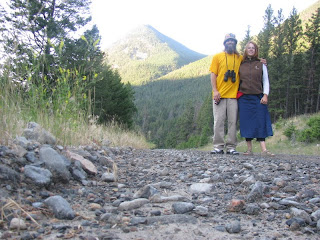 I managed to sneak in some early morning reading and a little bit of 'round-the-fire knitting.  Both were blissful moments of quiet.  Knitting in the forest is like meditation I must say.  I did fear my project would end up reeking of smoke, but it really didn't. 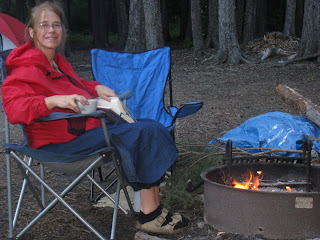 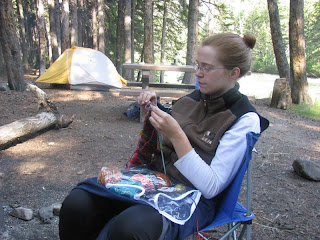 There were many delights from nature aside from the juicy, sun-warmed raspberries.  Like a buck with velvety antlers and loads of tiny, spotted fawns with their mothers.  An angry squirrel squawking at us from a tree over camp.  The western tanager and several other feathered friends.  Crazy boulders and tree roots and thick beds of striking green moss.  Wild flowers every which way. 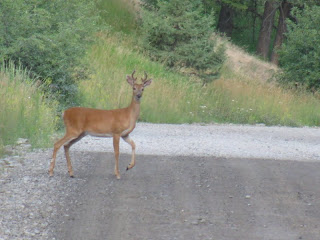 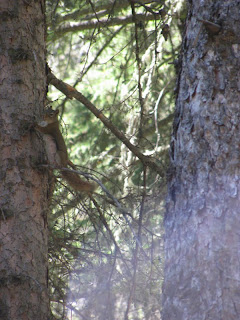 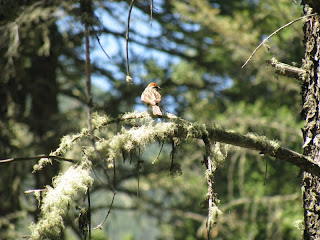 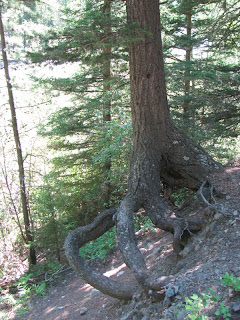 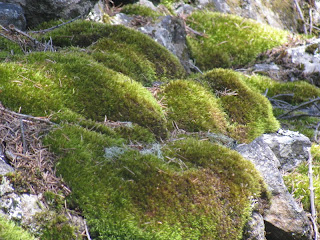 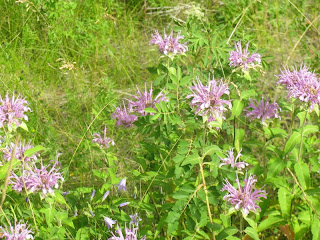 Even in the woods I cannot avoid my compulsion to photograph beautiful or particularly yummy food.  Matt is a whiz in a kitchen, but he is a whiz in a forest kitchen too.  I realized on this trip that if I had to be in charge of food preparation I doubt we'd ever eat anything warm in the woods.  When I was on my own Friday I didn't.  I ate cold pizza. I did however still make tea.  So I guess I'd still have something warm. 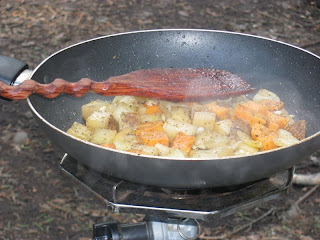 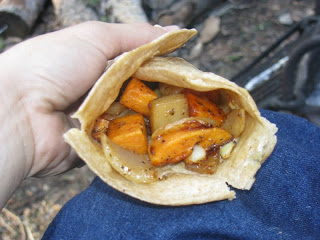 It was a total blast.  I wish we'd had a whole week because the weekend really went far too quickly.  But, isn't that nearly always the way it goes when you are overrun with joy.