A Castle Built an Inch at a Time 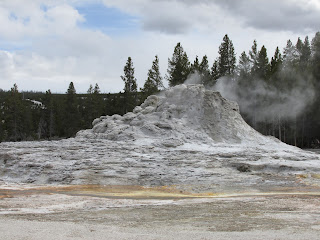 Castle Geyser was probably my favorite of those we watched during our recent dayhike around the Upper Geyser Basin.  I find it impressive even when it is not erupting just because of the size and shape of that cone. 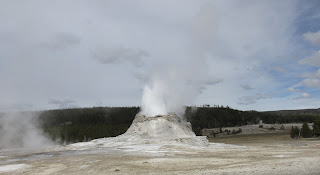 Cones develop as silica is dissolved from volcanic rhyolite and deposited as sinter on the surface because of the consistent eruptions.  The sinter builds up over the years and thus the geyser's cone is born.  The cones develop at a rate of about an inch per 100-200 years.  Its like coral...only not in the ocean. 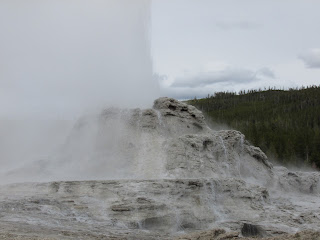 With a cone of almost twelve feet high that makes Castle Geyser one of the oldest in the park. 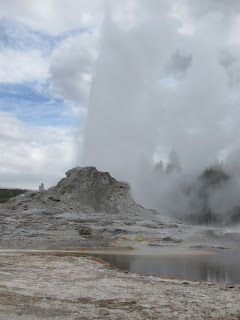 Castle erupts for 15-20 minutes with a steam phase of another 30 to 45 minutes following.  It erupts about every ten to twelve hours though that frequency has changed over the recorded history of the geyser. 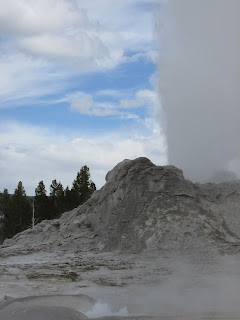 The water reaches a maximum height of around 90 feet and boy, is it a lot of water.  As it falls back to earth it rushes down the terraced sides of the cone in rivulets and waterfalls that were quite spectacular. 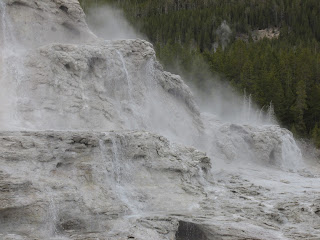 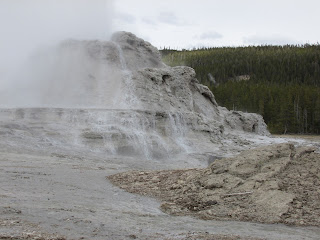 It was pretty neat to feel the light spray on my face as the wind caused it to drift down on us and the small group of other observers, including a young boy who, as we'd been waiting--had been trying to find the best place at which he would get "really wet" from the geyser.  It seems pretty intense to think that the water lightly raining down on me was only moments before pressurized beneath the earth.  Remarkable. 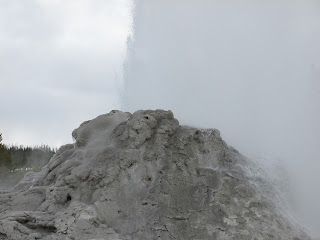